In November, the EU revealed a new intellectual property policy with the goal of helping companies — especially small and medium-sized enterprises — make the most of their innovations.

The EU says its plan will improve SMEs’ ability to protect their
IP, help companies share IP to broaden the adoption of technological innovations, fight counterfeiting and strengthen enforcement of IP rights.

However, some patent attorneys say that — as encouraging as Brussels’ plans are — there are impediments to the rollout, including the creation of a unitary patent system that allows companies to register innovations across the entire bloc, rather than in individual member states.

This new judicial system — with an international Unified Patent Court (UPC) enforcing unitary patents that protect innovative products across member states — was agreed by the EU in 2012 to simplify the bloc’s
fragmented patent protection and cut costs for inventors.

But while the EU believes a unitary patent system will broaden IP protections for companies, cut paperwork and lower patent registration costs, the new system has failed to launch. 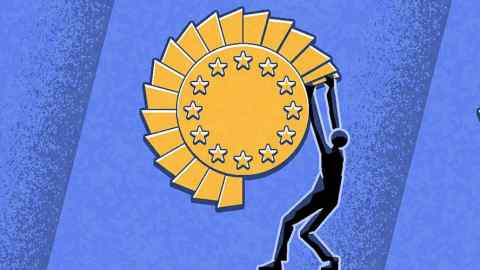 Last year, the UK withdrew its backing for the UPC despite earlier indications it would support the new framework after Brexit, while Germany’s constitutional court has been dealing with multiple complaints against that country’s participation.

Several other European states have also failed to ratify the protocol that would grant the court jurisdiction over their country’s patent system, and the establishment of the UPC is not expected until at least 2022.

“Intellectual property has always been one of those areas of the law that nations have jealously guarded,” says Willajeanne McLean, a professor at the University of Connecticut Law School. “There will always be some differences between how countries deal with their IP and patent systems, so harmonisation might never truly be realised.”

While the UPC promises greater IP protection, it also means that if a company lost a case in a unified court it would lose Europe-wide. “That may be the source of some hesitation,” says McLean, noting that some
member states might not wish to expose their industries to such risks.

Rachel Bateman, a partner at European IP legal firm D Young & Co, says the on-off development of the UPC has been a “rollercoaster” for the European patent community.

The uncertainty has forced companies to review their IP portfolios and patent strategies to determine whether any existing European patents should be “opted out” of the UPC system, and how patent applications will be handled.

“For a number of years, we have had to prepare two different strategies for clients — one involving the current system and another
preparing for a unified system,” Bateman says.

Yet she sees value in the EU’s plan if it encourages smaller companies to make better use of IP protections and helps spur a rebound from the
economic downturn caused by the Covid-19 pandemic.

Reluctance by SMEs to take advantage of current IP protections is due to both cost and complexity, Bateman suggests. “There is often some confusion about where to file patents and in particular, how the grant of a patent by the European Patent Office (EPO) becomes a bundle of individual national patents across Europe. Ultimately, that’s what the unitary patent is trying to address.”

European countries have their own patent offices where applications can be filed and granted. But patents can also be processed through the EPO — a body independent of the EU that has 38 member states, including the UK.

Once a patent is granted by the EPO, applicants must decide which European countries to validate the successful patent in. Depending on the number and countries chosen, validation can be costly and complicated.

The unitary patent is intended to cut the cost and lessen the complexity by providing protection in up to 25 member states across Europe (the 27 EU countries excluding Spain and Poland) with a single renewal fee and limited administrative procedures.

The EPO estimates that renewal fees for a 20-year unitary patent
will cost €36,000, compared with a total cost of €170,000 for individual national patents.

For those member states not included in the unitary patent — including the UK, Switzerland and Norway — a “bundle” of national patents will be available.

“Brussels is saying that the unitary patent system needs to happen
to help IP be more accessible,” says Bateman. “If you make the system simpler and more cost effective, you might see a greater uptake
from SMEs.”

McLean says reforming patent policy is necessary, but is unsure about its economic advantages. “It’s hard to foretell the future in terms of whether or not this will jump-start the economy,” she says.

The challenge with a unified patent system, she says, is ensuring it is truly unified: “If you have various countries opting in and others opting out, it is hard to imagine it being as effective as they would like it to be.”