The silent pandemic of antibiotic resistance

Southern Africa has long been burdened by the scourges of HIV, tuberculosis and malaria, but a new and more silent pandemic has now taken hold: antimicrobial resistance.

In my hospital ward, we recently admitted a 39-year old man with multi-drug resistant tuberculosis and kidney failure who had stopped his HIV treatment some months before. His tuberculosis was treated with seven different drugs and started to respond but after eight days his temperature spiked, his blood pressure dropped and we identified extensively drug-resistant Klebsiella pneumoniae bacteria in his blood. The only option was colistin, an antibiotic of last resort, but he continued to deteriorate and succumbed to overwhelming infection.

A relentless rise in drug-resistant bacteria causing common infections of the bloodstream and the urinary, gastrointestinal and respiratory tracts is starting to dictate the way we practise medicine. Whether for everyday infections, preventing those related to surgery or treating patients undergoing cancer chemotherapy or more elaborate interventions such as transplantation, we need functioning antibiotics for vulnerable populations.

All too often, first-line workhorse antibiotics such as penicillins are no longer effective in hospitalised patients and increasingly in the community. That pushes doctors to prescribe broader-spectrum antibiotics that are effective but affect many more types of bacteria in our bodies. The result is a vicious cycle, selecting out bacteria able to resist the antibiotics and culminating in rising demand for last-resort drugs.

The limited range of such antibiotics, such as colistin, in low- and middle-income countries often work poorly. Newer drugs available in high-income countries are often out of reach. South African clinicians have access to just a handful of the World Health Organization’s recommended 22 reserve antibiotics. Once they are compromised by resistance or made inaccessible, we are left with no treatments — with a result as tragic as it is predictable.

Five years since the publication of the WHO’s Global Action Plan to mitigate antimicrobial resistance, progress has been mixed. The problem has been recognised as requiring an integrated response that spans human, animal and environmental health. A Global Leaders Group, drawing on a broad range of experience, is the latest in a line of governance structures that has been established to help.

Significant but insufficient funds have revived the desiccated early-phase antibiotic pipeline of experimental drugs. Laboratory infrastructure to improve national data has been strengthened, especially in some low-income countries.

Yet most national action plans remain largely or entirely unfunded. Supporting the full range of the Global Action Plan’s interventions is beyond the capacity of these nations. In trying to tackle everything, low- and middle-income countries risk neglecting core interventions that will bring the greatest results. More focus should be on programmes to increase public awareness to change human behaviour, optimise antimicrobial use and prevent infection.

If we continue to rely on top-down methods of communication, we will miss a far greater opportunity for behaviour change. Our attempts have largely neglected the popular media and oral, folk and indigenous traditions, which are important channels for receiving trusted information in many communities. We need culture to spread the message, with more stories, folktales and songs, drama, festivals and word of mouth as well as pictures, paintings and music.

Worryingly, antibiotics are often viewed not only as medicines to heal patients but as a vindication of illness. They are even seen by some employers as the only acceptable verification that an employee is genuinely sick and needs to take time off.

Threats in the here and now

We are also losing the battle by placing too much emphasis on abstract future costs rather than engaging people with immediate concerns. Coronavirus has taught us how powerful the media can be in demonstrating a threat in the here and now, such as by reporting the daily Johns Hopkins data on infections and deaths. Imperfect as the data is for antimicrobial resistance, we have enough to build something similar.

Trying to emulate resource-rich models of antimicrobial stewardship is destined to fail in resource-limited settings. Rather than infectious diseases specialists, microbiologists and trained pharmacists, antibiotic use is instead controlled by community nurses, medical officers, family practitioners, non-specialist pharmacists and community health workers. Non-specialist clinicians hold the key in hospitals.

We should invest in regional centres of excellence where such frontline staff can be trained and regional partnerships built to share knowledge and research. Governments, local partners and global funding agencies have the resources, but will need to be bold in diverting some of the millions of dollars currently channelled into research and development for new drugs.

Investment in infection prevention would save many more lives. Without clean water, sanitation, comprehensive vaccination programmes and the other advances widespread in richer countries, drugs remain the dangerous backstop that are far too widely used to compensate for the absence of broader public health interventions.

With a few notable exceptions, low- and middle-income countries have been slow to embrace the reforms necessary to prevent the catastrophic loss of working antibiotics and, with them, many modern medical interventions.

Partnerships with nations in the global north are important, but a greater effort is needed to build connections between countries in the south. For our interests to be properly represented, more of our leaders need to play their part in the global fight against antimicrobial resistance. 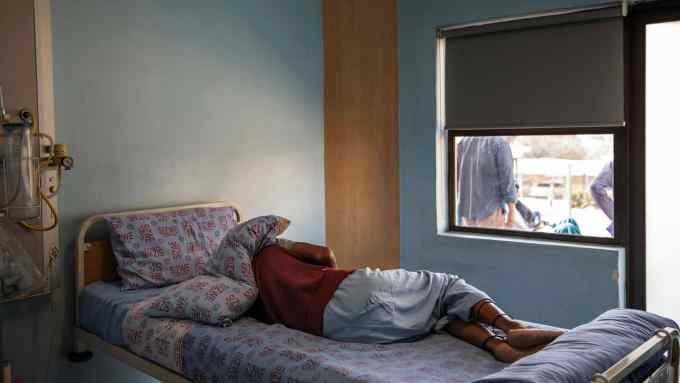