Can you succeed without being a terrible person?

There are other, better ways to manage people without resorting to ruthlessness

People often think they have to be ruthless to succeed: as the old saying has it: “Nice guys finish last.”

But I’ve spent several years looking at that in practice, and it turns out the real world is more nuanced. Although individuals who are too soft will indeed finish last . . . this doesn’t mean individuals at the opposite extreme, arrogant or constantly Machiavellian — or encouraging mobs to attack their own nation’s seat of government — are always going to have much lasting success either.

The pandemic has shown just how important finding the right balance — finding “fairness” — can be.

In the world’s various lockdowns, for example, think of the resentment that arose wherever populations felt their leaders were being unfair — and how hard that made it to carry out public health measures. Or the way the strongman-style of government, with leaders ostentatiously used to declaring their superiority, ended up blinding themselves from useful information.

A fairer way, so long as it is applied with skill, is far stronger and far more effective. In my research, three principles came up again and again.

The first is about ways of listening. All of us know how unfair it seems when we have valid knowledge, yet those who declare themselves our superiors refuse to even acknowledge there is anything they could learn from us.

Fairness does not require them to go to the other extreme, and listen to every person who begs for their attention. When the American baseball manager Leo Durocher coined the phrase, “Nice guys finish last” he was right in one sense. Those who are merely nice get walked over by everyone else.

The trick is getting the balance right. As the film director Danny Boyle was preparing the opening ceremony for the 2012 London Olympics, he knew he would be working with 10,000 volunteers for more than a year. Yet he wanted to be sure that not one of them would leak in advance what was going on. If he had tried taking advice from everyone he met, he would have been deluged. But if he had let it be known that he, the famous film director, was not going to take advice from anyone outside his inner circle, then he’d have lost any chance of fresh knowledge.

Andrew Hill
Lustful leaders: the good, the bad, and the narcissistic 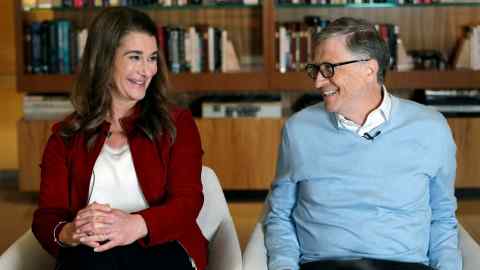 Instead, confident enough to listen more widely, he learnt the key approach that would make his task work from Sebastian Coe, the chair of the London Olympics organising committee. “Secrets” are hard to keep. They yearn to get out. The word “surprise”, however, has a different feeling. Instead of telling the volunteers to keep a secret, Boyle put up big signs around the rehearsal spaces to #SaveTheSurprise. (And until the opening night, the surprise was indeed saved.)

The next fairness principle is about a distinctive sort of giving. There was a great construction boom in New York in the late 1920s. On most sites the owners and chief investors felt their workers could be bossed around at will. Salaries were low, and safety standards were poor. As a result there was resentment, pilfering — and work advanced as slowly as the unhappy New York steel workers could achieve.

At the same time, however, the Empire State Building was going up. It was run by a very different management team: one that had doubled worker salaries, agreed to cover lost hours when high winds made labour too dangerous, and even provided highly subsidised restaurants on the open floors being constructed.

Had those managers been naive, their generosity would have been taken advantage of. But experience in New York construction disabuses anyone of belief in the inherent benevolence of mankind. The managers knew to employ teams of auditors, regularly clambering along the scaffolding and incomplete floors to keep such temptations in check.

This “monitored generosity” led to a cascade of innovations. The entire building was completed in a bare 13 months: impressive even today.

Finally there is defence, but also of a nuanced sort. No one minds being blocked from doing something that they know is not justified. It is when others get far too defensive, to the detriment of those around them, that we feel fairness has broken down. That is when consequences get worse.

Mr Durocher, for example, was always one for the “counterattack with everything” extreme. Early in his career when a fan irritated him, he gestured to an off-duty policeman to hustle the fan to an unused room. There he started punching the man in the face, so hard — breaking his jaw — that the policeman ended up scrambling to pull Durocher off: “What are you doing, Leo?” he said, according to his later testimony in court, “What are you doing? Let him go.”

When, in 1969, Durocher had the champion-quality Chicago Cubs to manage, he so antagonised his own players, as well as the league’s umpires, that, as sportswriters put it, although Durocher never united the Cubs against the umpires, “he certainly united the umpires against the Cubs . . . Leo possessed the fertile ability to turn a bad situation into something infinitely worse.”

His team fell into a record-setting losing streak. The man who declared “Nice Guys Finish Last” himself finished, if not quite last, then nowhere near the top he had sought.

Microsoft in the period from 2000-2014 suffered similarly. Steve Ballmer was the group’s head: a huge bear of a man, brilliant of intellect — as strong as Bill Gates in mathematics at Harvard — but lacking in personal charm.

Mr Ballmer yelled, had a quick temper (once apparently throwing a chair across a room when a senior engineer told him he was leaving the company for Google) and Forbes magazine in 2012 called him “the worst CEO of a large publicly traded American company”. Microsoft missed out on smartphones, social media, key aspects of the cloud and other significant developments in tech during his tenure.

His successor, Satya Nadella, was the opposite. He was not naive — anyone aiming to be successful the fair way needs a strong dose of street-smarts — but he also showed the underlying power of fairness.

His executives were not scared to give him unwelcome news. His being considerate led to gratitude, rather than the resentment that those like Mr Ballmer accumulated. And the assumption that defences were to be as minimal as possible opened the way to the alliances that have helped make Microsoft one of the more profitable companies in the world. He was named the FT’s Person of the Year in 2019.

The first gives you vision; the second gives you gratitude; the third opens gateways, and creates alliances.

US President-elect Joe Biden has repeatedly promised a return to fairness. His skill with this, in the all-important year of 2021, is just what we’re going to need.

The author’s most recent book is The Art of Fairness