Shouldn’t we be doing more to respond to the climate emergency? It’s a natural question to ask. But, perhaps, we should turn the question around, and ask: why haven’t we solved the climate change problem already?

Economics suggests a ready answer: externalities. Unfortunately, the concept of externalities is a century old, and it shows. So why do economists persist in using this dusty old term, and is it still useful?

An externality is a cost — or sometimes, a benefit — that is not borne by either the buyer or the seller of a product. And, if neither has to bear the cost, neither has much reason to care.

This is not the way a market usually works. Normally, when companies make the products that surround us, they have plenty of incentive to cut every possible source of waste.

Consider a familiar product: a can of lemonade. The first such cans, produced in the middle of the 20th century, weighed about 80g when empty. Now they weigh just 13g. The saving in weight means the can manufacturers have to pay less for materials and transportation.

Tempting as it is to think of the transition to a clean economy as a huge leap, it is in fact a trillion tiny steps

It costs less to put a can of lemonade in front of you in a shop, and that means either the manufacturer and retailer make more profit, or that you pay less for your lemonade — or, often, both. The cans are also easier to open and less likely to give the drink a metallic tang. A better product, for less money — that is the way the free market tends to work.

But not necessarily. What incentive does the drinks maker have to reduce the carbon dioxide emissions from the manufacture of the drink — for example, by using renewable energy in refining the aluminium? Not much. The main incentive would be if renewable energy were cheaper.

The carbon dioxide emissions are hardly a consideration for a profit-seeking firm. And, as the consumer, you have a keen interest in the price and the quality of the drink. But the carbon emissions? Any worries you might have are rather vague. How would you even know which soft drinks produce low emissions? Even if you did care, other customers might not.

That, then, is the externality problem: a seller makes a product, a consumer buys the product, but the greenhouse gas emissions associated with that product are of no real concern to either of them. An army of designers, engineers and technologists may be deployed to shave a fraction of a penny off the cost of producing each product — but reducing carbon dioxide emissions is an afterthought. 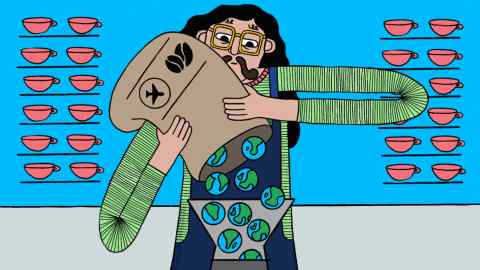 So what can be done? There is some room for consumer pressure: we all want to feel that we are doing something to help. But consumer pressure only goes so far: we may have only a faint idea of products are doing the most harm to the environment, or where the easiest improvements can be made. Some products attract a lot of attention, while others fly under the radar.

Policymakers could directly regulate the market. That can work for some large and obvious sectors of the economy — for example, we know that coal is a source of energy that produces a huge amount of carbon dioxide, so policymakers could ban the use of coal-fired power stations. Another straightforward regulation is to require more energy-efficient cars or washing machines.

Governments can also try to fund innovations that might solve the problem, from battery charging to low-energy lighting. But these efforts only go so far. Tempting as it is to think of the transition to a clean economy as a huge leap, it is in fact a trillion tiny steps — the steps that each of us take, many times a day, all around the world, when we decide how to live and what to buy.

In each of these trillion steps is an externality: a cost borne not by the buyer or the seller of a product, but by all of humanity now and in the future. And, unless we can eliminate a trillion little externalities, we are unlikely to solve the problem.

In 1920, the economist Arthur Pigou produced a formal definition of an externality, and proposed a way to solve it: a tax in direct proportion to the external cost. In some cases, this “Pigouvian” tax is hard to calculate. But, in the case of carbon emissions, it should be possible to tax coal, oil and natural gas when it is first extracted.

Tim Harford is a senior columnist for FT Magazine. His latest book is ‘How to Make The World Add Up’. 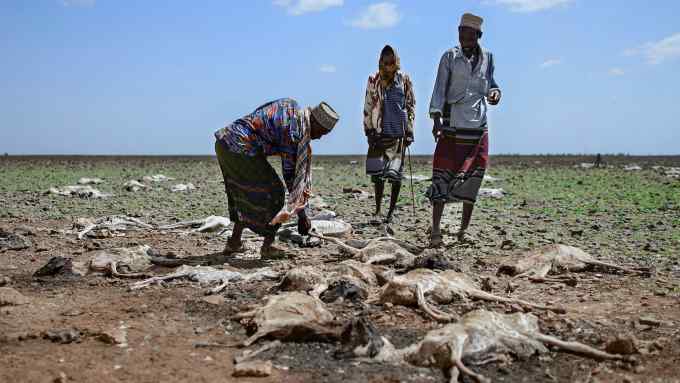