“In the past few years there have been so many more opportunities to see the work of black artists, but in 2018 I still didn’t think there were many,” says British-Caribbean photographer Ronan Mckenzie. Frustrated, she rented a space in London’s Dalston and invited three female artists – Rhea Dillon, Liz Johnson Artur and Joy Gregory – to display their work alongside her own photography in an exhibition titled I’m Home. The show subverted ideas of black female identity as a unifying force, instead “arguing that home and family are more binding than race and gender”. A library, a supper club, photography workshops and an introduction to tarot created an environment that encouraged visitors to linger. “After that it became my dream to open a more permanent space,” says Mckenzie. “One that was really warm, welcoming and accessible.” The project proved to be the genesis of Home, the gallery she eventually opened in 2020 to foreground artists of colour.

Until then, Mckenzie, now 27, mostly moved in fashion rather than art circles. Her photography has featured in style magazines including Luncheon, The New York Times T Magazine, US Vogue and Garage; her brand work counts fashion names aincluding Bianca Saunders, Acne Studios and Universal Standard as collaborators; and her work has been shown in exhibitions from Basel to New York.

I want to show good work and make more space. The longer I’m here, the more people are going to pay attention

For Home, she wanted a break from the de facto gallery aesthetic. Working with spatial designer and sculptor Jobe Burns, they created a space filled with tonal colours, natural materials, texture and comfort. “I wanted it to feel semi-residential and aspirational,” she says. The inaugural exhibition, WATA, showcased pieces from a collaboration between Mckenzie and illustrator Joy Yamusangie. Subsequent exhibitions have included debut solo shows by British painters Cece Philips and Bernice Mulenga, which have helped to launch the careers of both artists; Philips’s third solo exhibition opened in July at Ada Contemporary Art Gallery in Accra, and Mulenga exhibited this summer in a group show at the Whitechapel Gallery.

Home is now establishing a reputation for showing ambitious, fresh work, and Mckenzie is becoming a curator to watch. “Ronan has the Midas touch,” says Lewis Dalton Gilbert, associate curator at the New Art Centre in Salisbury (and my colleague). “She’s so talented.” One of her great strengths is forging connections across creative disciplines. Last December, Gucci partnered with the gallery for the Gucci Circolo pop-up in Shoreditch, where Mckenzie presented Collective Processes – works by a group of female artists across photography, sculpture, painting, textiles and videography.

“It has been incredible to develop this other side of my practice, where I’ve been inspired by different artists,” she says. “I love supporting, championing and creating opportunities for others.“ Of making her way in the art world, she adds: “It’s hard to navigate, but I’ve come at it not trying to get anything particular other than to show good work and make more space. The longer I’m here, the more people are going to pay attention.”

In February 2023, Home will host an evening event at the V&A museum as part of its Friday Late series; Mckenzie is also launching a show at Carl Freedman Gallery in Margate, where Tracey Emin recently staged a solo exhibition; and in partnership with Browns Fashion, Home will stage a solo exhibition of Shaye Gregan’s works, Belonging as Other, during Frieze London. Mckenzie is also on the committee for Frieze 91, the fair’s membership programme, which launched last year. “I wanted to be involved because it’s an iconic institution – and something I never thought I’d be part of,” she says. “It’s exciting to help shape what the fair is going to look like in the future.”

“I’d suggest stopping by Nir Altman,” she advises, of her recommendations for the upcoming Frieze London. “I love the works and immersive experiences they create. And David Zwirner.” She adds Jhaveri Contemporary, Addis Fine Art and François Ghebaly as gallery must-visits. Judging by recent successes, Mckenzie’s picks aren’t ones to be ignored. 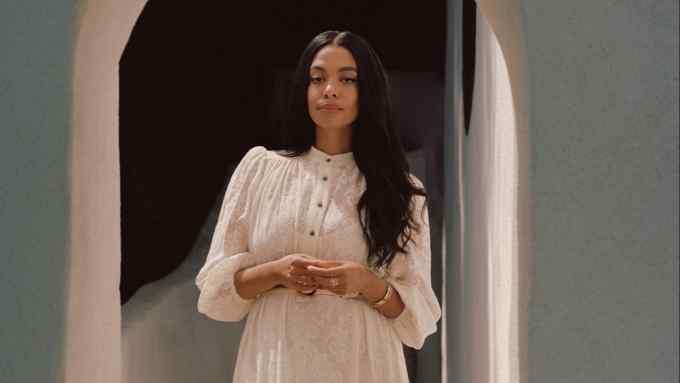