Lead the way with 50% off
Chinese business & finance

Hudson Lockett in Hong Kong and Edward White in Seoul

Sign up to myFT Daily Digest to be the first to know about Chinese business & finance news.

Rising investor concerns over shaky finances in China’s most economically fragile provinces have prompted a sell-off in state-run groups’ bonds, as analysts warn of a surge in defaults in the country’s $17tn credit market.

The median yield on bonds issued by state-owned enterprises in six large provinces and municipalities that suffer from weak finances jumped to more than 5 per cent in the second quarter, up from less than 3.5 per cent a year ago. That contrasts with a nationwide trend in which most SOE bond yields have crept lower over the past six months. Yields rise as bond prices fall.

The financial stresses underscore how Covid-19 and China’s subsequent economic recovery have deepened the divide between the country’s more dynamic regional economies and its less-developed ones. They also come as global investors increasingly scrutinise China’s bond market, where confidence has been rattled by a series of state-linked defaults.

The six regions being closely watched by investors — Hebei, Henan, Liaoning, Shanxi, Tianjin and Yunnan — have so far been able to avoid mass defaults as provincial authorities have stepped in to prevent a handful of missed payments cascading into a more serious wave.

Across China, S&P calculates that Rmb4.2tn ($650bn) of bonds are due this year as well as Rmb1tn in put options that give bondholders the right to early repayment.

While “only three” SOEs in these regions defaulted in March and April, such “muted” defaults may be “temporary”, wrote analysts at Fitch Ratings in a note.

“The secondary market pricing has already factored in, to some extent, those rising default risks in those weaker regions,” said Shuncheng Zhang, a Fitch analyst in Shanghai. “Some regions — like Yunnan and Tianjin — they have seen a pretty notable surge in the secondary market yields.”

The pandemic has stretched the finances of some regional governments, analysts at S&P Ratings said, leaving fewer funds available for rescuing state-run companies.

“SOE support is more selective, and tolerance for defaults is rising,” the S&P analysts said. “This means an increased willingness to allow unprofitable SOEs to go bankrupt.”

Fitch analyst Jenny Huang said Beijing has been “very clear” about its intention to challenge long-held assumptions by state-linked borrowers and their investors that the government will step in to support them if they hit trouble.

Liu He, China’s vice-premier and Xi Jinping’s economic tsar, has led a campaign in which regulators have intensified scrutiny of the country’s corporate debt market and tightened lending to debt-laden SOEs.

Beijing has attempted to “test the water” with defaults among SOEs and investors are closely watching how a similar approach might be expanded to institutions like cash-strapped investment groups that are linked to local governments, Huang added.

The Big Read
The Communist party at 100: is Xi Jinping’s China on the right track? 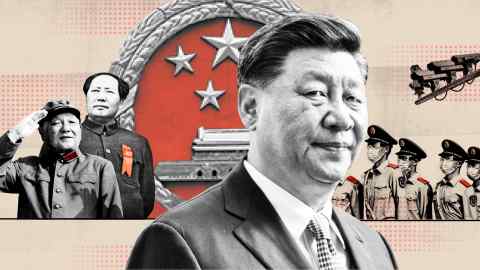 Analysts said that while there have been fewer Chinese corporate defaults this year, the scale of missed payments has grown.

In the first six months of 2021, 11 issuers with Rmb95bn of bonds defaulted, compared with 17 issuers and Rmb92bn in the first half of 2020, S&P said. Each defaulter this year had on average three times the value of bonds outstanding compared with in 2017, and nine-times that of 2015.

S&P analysts said that “defaults are increasingly higher-profile, with bigger impact on markets and investors”.

However, Huang said the risk of contagion from groups in weaker provinces to other parts of China’s financial system remained “pretty low” and was likely restricted to “companies of similar profile”.