The already tarnished reputation of exchange traded notes has taken another hit in recent days, but reports of the structure’s imminent demise may prove wide of the mark.

The latest debacle saw Barclays abruptly suspend creation of new units of two of its most popular ETNs, VXX and OIL, which offer exposure to the Vix volatility gauge and crude oil prices.

It has emerged that Barclays — the second largest player in the ETN market, according to Morningstar data — only had regulatory approval to offer $20.8bn of structured notes, including ETNs, but exceeded this by $15.2bn. It will now have to buy the excess back at the original purchase price, incurring a loss of $450mn.

This was not the first blow-up in the world of ETNs. Two years ago Credit Suisse, then the biggest ETN sponsor, delisted and suspended nine leveraged and inverse ETNs from mainstream stock exchanges.

This came two years after the Swiss bank’s short volatility XIV ETN was killed off after collapsing 90 per cent in one day.

In March 2020, WisdomTree had to close its three times leveraged oil products after their value was wiped out by Covid-induced market volatility.

“ETNs have been dying a long, slow and painful death now for years. Whether this most recent smudge on a completely besmudgeoned track record for this wrapper makes this the last gasp or not, honestly I don’t know,” said Ben Johnson, director of global ETF research at Morningstar.

Will Rhind, chief executive of GraniteShares, which offers a range of exchange traded products, said the ETN market had not really recovered after being “upended” by the global financial crisis.

“The ETN market is essentially dead, other than limited cases where people have offered highly tradable products, such as three times long or three times short, or volatility,” Rhind said.

ETNs are IOUs issued by a sponsor, which promises to deliver the returns of an index in return for a fee. This sponsor has to be a bank in US, but not in Europe, where collateralised special purpose vehicles can offer ETNs

ETNs suffer the downsides of all structured products. They are exposed to the counterparty risk of the issuer failing, they have an alarming tendency to blow up in periods of market stress, they often use leverage and options — magnifying gains and losses — and issuers can withdraw them with no notice, increasing investors’ risk.

To Johnson, at least, they have also tended to be terrible investments. In the US, ETNs have had net inflows of $25.9bn since their debut in 2006, according to Morningstar, but current assets stand at $13.4bn.

Given that they pay no dividends or coupons, this suggests that 48 per cent of the money that has ever flowed into US ETNs has gone “poof!”, in Johnson’s words.

These losses may be largely driven by the leveraged and inverse nature of many ETNs. The laws of arithmetic dictate that the longer they are held the more likely they are to be lossmaking.

“An investor might make a specific return under specific conditions, but what we have seen historically is that these conditions almost always benefit the issuer,” Johnson added.

“The house almost always wins. [The Barclays episode] is a rare example of the house losing, because someone on the door forgot what they were doing and handed out too many chips.”

Johnson also argued that ETNs are more dangerous than similar structured products placed with institutional buyers because they are listed on public exchanges.

“That releases the ETN zoo into the wild. This is a format that made these things free-range animals and more than one investor has gotten mauled by an ETN tiger.”

Data from Morningstar puts total ETN assets worldwide at $32.9bn at the end of February. While the structure has missed out on the rapid growth of ETFs in recent years, it has proved resilient, with AUM only a touch below the peak of $35.7bn in January 2018.

Growth is also evident if one takes a broader view of exactly what qualifies as an ETN. ETFGI, a consultancy that uses a definition that includes many gold ETPs, puts global AUM at $125bn, a rise over previous years.

Deborah Fuhr, founder of ETFGI, believed the relevance of ETNs was declining to some degree, but “like anything, investors need to understand what they are buying”.

“A note does not have the diversification or other requirements, of a mutual fund or ETF,” Fuhr said. “If you want exposure to something that doesn’t fit into an ETF wrapper, that tells you it’s riskier than an ETF. It’s buyer beware. Do your homework.”

Peter Sleep, senior portfolio manager at 7 Investment Management, said ETNs “serve a purpose”, and that 7IM used them, albeit only ETNs tailored to its needs.

Sleep said ETNs were highly complicated “meaning the pricing is obscure”, but banks like them because they provide cheap funding and are “highly profitable in that they are often involve a lot of trading, which pushes profitable flow through banks’ dark pools”.

“This is confirmed by the fact that if I meet a merchant banker to discuss a bespoke ETN, I am treated like I am the wittiest fund manager in the UK and I get lunch at the fanciest restaurant. This can only happen because there are such high profits to somebody other than my clients,” Sleep added.

“I do not think that a clerical error at Barclays is going to end the gravy train.” 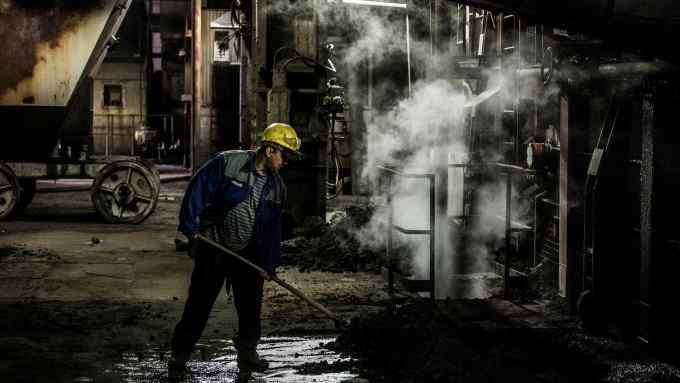