It’s 9am on a February morning in the vineyards of Château Galoupet, and the Provence sun is already beating down. To the south, beyond rows of palms and glistening salt marshes, the Mediterranean glitters. From the hills to the north a gentle breeze carries the resinous scent of sun-warmed garrigues – shrublands of rosemary, lavender, eucalyptus and olive trees.

It’s from this sleepy spot on the French Riviera that LVMH – already the owner of the phenomenally successful Provençal rosé Whispering Angel – is now planning its next assault on the rosé market. Acquired by the company in 2019, Château Galoupet has the distinction of being one of just 18 Cru Classé estates in Provence – but despite its pedigree, the previous owner gave it over mainly to big-volume wine. Now, LVMH is rehabilitating those vineyards, and the 77 hectares of protected woodland that adjoin them, with the ambition of rebranding it as the home of eco-friendly fine rosé.

The brains behind the project is Jessica Julmy, managing director and former international commercial director for Krug. “Côtes de Provence rosé is at the same crossroads champagne was at 40 years ago,” she says. “Champagne always had this twinkle to it; it commanded a higher price but it wasn’t taken seriously – it was something for parties and breaking on boats, but not really respected for its craft.”

Château Galoupet’s flagship wine is its £46 Cru Classé Rosé – a Grenache blend made exclusively from grapes grown on the estate. Created with the consultation of Krug’s former cellar master Eric Lebel, the 2021 vintage, which launches next month, is so pale it could almost be mistaken for white. On the nose it has pretty aromas of crisp red apple skin, white peach and a hint of musk. On the palate it has a fleshiness almost like white burgundy, yet the finish is refreshingly pithy and precise. It’s a rosé designed more with the dining table in mind than the swimming pool. Galoupet’s second wine is the £20 Galoupet Nomade, a smashable pale-pink rosé with crisp notes of pink grapefruit, wild strawberry and a mouthwatering salty finish. It’s refreshing and delicious, but also has finesse.

Even when it’s at capacity – which won’t happen for another 10 years – Château Galoupet will be a drop in the ocean, volume-wise, compared to Whispering Angel producer Château d’Esclans. But its size, and the fact that the Cru Classé is entirely estate-grown, also gives more control, argues Julmy. One of her first moves after taking over was to put the estate into organic conversion: from the 2023 vintage onwards all its wines will be certified organic. While it’s not uncommon to be organic in Provence, only five other Cru Classé estates are so at present.

The real talking point for many, though, will be Château Galoupet’s eco-friendly packaging – particularly Galoupet Nomade’s flat plastic bottle. A collaboration with packaging experts Packamama, it’s made entirely from “Prevented Ocean Plastic” (preventedoceanplastic.com) salvaged from sea shores. Weighing just 63g, it is around 10 times lighter than the average bottle of rosé and everything including the cap is 100 per cent recyclable. The flat design is 40 per cent more space-efficient – whether it’s going on a shipping container or in a picnic bag. And once you’ve got over the weirdness of a flat bottle it doesn’t look half bad – after a couple of hours in the fridge it frosts up to look remarkably like glass. The Cru Classé comes in a lighter-than-average amber glass bottle made from 70 per cent recycled glass. Not as radical, perhaps, but a considerable improvement. 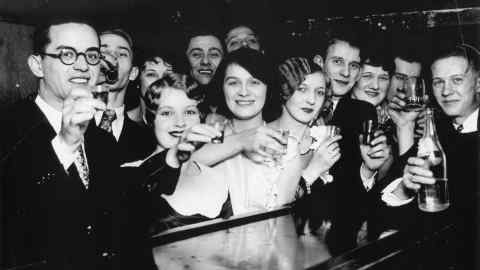 In a bid to promote biodiversity across its vineyards and woodland, Château Galoupet has partnered with environmental organisations. The upper reaches of the estate are dotted with 150 beehives that serve as a research centre for the French Observatory of Apidology (OFA). “Bees are the sentinels for our ecosystem which is why its so important to do this research,” explains Fabien Kouachi of the OFA as we approach the hives along russet dirt tracks glittering with quartz. “They can tell us so much about the health of our environment.”

By Julmy’s own admission there is still much “rebuilding” to do: “This is a long-term project – it cannot be a quick and dirty exercise.” And in such an image-conscious market, the innovations are a risk. “But when we learned that up to 40 per cent of a wine’s carbon footprint comes from the packaging we realised we had to double down on it,” acknowledges Julmy. “The perception of luxury still often clashes with sustainability. We need to change people’s mindset.”

For more information, and to place an order, visit chateaugaloupet.com/en-gb/agegate

Get alerts on Wine when a new story is published