Social enterprises are learning how to do business better

Generation, an international non-profit organisation, tackles youth unemployment by creating training programmes tailored to potential employers’ needs. The organisation equips young people with the skills required for entry-level jobs in industries such as healthcare and technology.

Founded in 2014 by McKinsey, the consultancy, Generation is now independent. “Our mission and values are completely different to for-profit corporations,” says Añel Hernandez, retail programme manager for Spain. “We need to be financially sustainable, but for the good of society.”

The Spaniard’s role is to compete for funding from businesses and EU governments, disbursed by intermediary foundations. To help him in this, last year he took the Management in NGOs and Other Non-Profit Organisations programme at Barcelona’s Esade Business School. The open-enrolment executive education course — available to all working managers — was launched in 1999. Participants take seven three or four day modules in Madrid over eight months between October and May.

One valuable fundraising lesson Hernandez learnt on the course was to identify companies’ skills shortages and pitch Generation as a solution, rather than simply pleading for money. “Our funders are not charities,” he says. “They want to solve an operational need and make a positive impact on society.”

Which schools are in the top 80 for Customised and Open-enrolment programmes 2019? Find out which schools are the top 50 providers for both custom and open courses. Also, learn how the tables are compiled.

In the US, state and federal budget cuts have reduced the spending programmes on which some non-profits rely. That has been an important driver of demand for executive education programmes for non-profit leaders, says Matthew Segneri, director of Harvard Business School’s Social Enterprise Initiative. “These organisations tackle some of the toughest challenges, such as climate change, often with extraordinarily limited resources,” he says. “It is more important than before that non-profits are run efficiently and effectively.”

Over the past 25 years, Harvard has educated some 13,000 non-profit leaders through open-enrolment programmes and custom courses. The flagship programme is Strategic Perspectives in Non-Profit Management (SPNM), which is available to senior non-profit leaders, who come to Harvard in Boston for a week in July. According to Segneri, many of them want to learn frameworks for measuring social or environmental impact — a much harder task than calculating tangible results such as profit.

Business School InsiderBusiness education
Social enterprise: what to look for in an MBA course 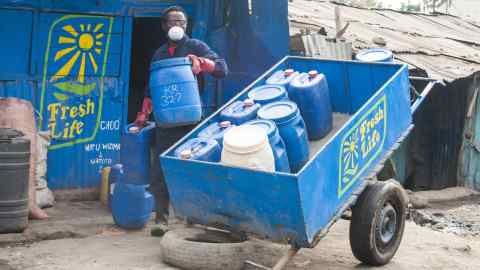 Many companies are under pressure to deliver not only financial performance, but also a positive contribution to society. Programmes that help executives to achieve this could be a large source of growth in executive education applications, says Sarah Soule, senior associate dean for academic affairs at Stanford Graduate School of Business in California.

In 2014 Stanford established its open Executive Program in Social Entrepreneurship, which has frequently been oversubscribed. The roughly 50 participants each year are mostly executives from small and medium-sized non-profits and social enterprises — organisations that put social benefit above or alongside profit. Students come to Stanford’s campus for six days.

A minority of participants are from large companies such as Google, Facebook and Volvo, and are “intrepreneurs”, or those leading entrepreneurial projects at their company. Diversity of course participants enriches learning through group discussion, says Soule.

“Big corporations learn from younger enterprises how to create a culture of risk-taking — essential to innovation,” she says. “The corporations teach start-ups how to design organisations that do not stifle creativity as they scale.”

Business schools cannot take the same old case studies about for-profit entities and apply them to non-profits. The challenges are different

Soule says many participants need help convincing their organisation to pursue both profit and a purpose. “Social enterprises are often uncomfortable with increasing sales — they feel it undercuts their mission,” she says. “We teach them to reframe the debate [as] financial sustainability enabling impact.”

Some social enterprises shun business school, according to Ignasi Carreras, the director of Esade’s programme. Organisations fighting poverty, for example, are at odds with schools educating the leaders of companies that may exacerbate inequality through tax avoidance, he says. “There is deep mistrust of business schools.”

His solution has been to make Esade more relevant to the sector by having industry practitioners, rather than academics, teach a third of the non-profit course. “Business schools cannot [take] the same old case studies about for-profit entities and apply them to non-profits,” says Carreras. “The challenges are different.”

Kerry-Ann Royes is president and chief executive of the Young Women’s Christian Association (YWCA) of Greater Miami-Dade, a non-profit in Florida that seeks to eliminate racism and empower women through advocacy, education and other services. She took Harvard’s SPNM programme last year with the aim of creating a plan to secure more funding, such as grants from foundations, that can be used for any purpose. The YWCA is currently reliant on government grants, which must be spent on specific services.

“I wanted to loosen up the purse strings to foster innovation,” says Royes, a Jamaica-born American. As a 100-year-old organisation, the YWCA has to continuously reinvent its services to match people’s evolving needs, “or cease to exist”, she says.

The Harvard course taught Royes the importance of getting all of YWCA’s stakeholders behind her financial diversification plan — because foundations want to fund organisations that are aligned. “To achieve our mission, everyone has to buy in to the strategy,” she says.

Entrepreneurship
A third of start-ups aim for social good 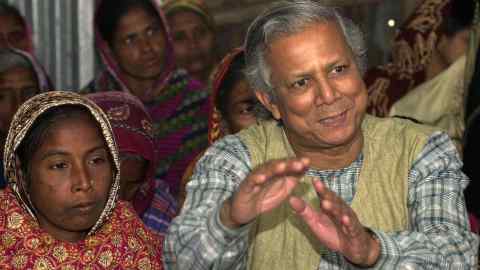 She received a scholarship covering the full tuition fee ($6,500 today) from the Harvard Business School Club of South Florida, an alumni group that awards funding to local non-profit leaders to attend the SPNM programme.

Many business schools provide financial aid for social enterprises. At Insead, participants on the six-day, open Social Entrepreneurship Programme can apply for funding to cover up to 100 per cent of the programme fee, which is €4,900 for the course at the business school’s main campus in Fontainebleau, France, or S$7,500 ($5,500) at its Singapore base. Insead decides how much to award by assessing the applicant’s financial need and merit, and the business school’s own budget.

“The goal is to have a positive impact ourselves, not to make money,” says Jasjit Singh, academic director of the Insead Social Impact Initiative. “But we can’t lose money either. We have to run a viable business. We are practising what we preach.”