In a lab outside Cambridge, England, lives an earthworm who is too skinny. His guardians, scientists Bas Boots and Dannielle Green, explain the reason: earthworms in soil that contains microplastics — defined as fragments of plastic that are less that 5mm in size — show stunted growth.

Underweight earthworms point to a bigger problem, say the scientists, who work at Anglia Ruskin University. Ecosystems are becoming less healthy because of a pollutant that researchers are only now beginning to understand. A study published in April, for example, found that plastic particles are carried by the wind even to remote and supposedly pristine areas.

Microplastics come from various places, but clothing is a significant source. When you wash a fleece jacket, hundreds of thousands of microplastic fragments break off and head down the drain. A 2017 analysis by the International Union for Conservation of Nature suggests that clothes release half a million tons of microfibres into the ocean every year.

The waste problem in fashion is on an almost unfathomable scale. One garbage truck full of clothing is incinerated or deposited into a landfill every second, according to the Ellen MacArthur Foundation, a charity whose mission is to promote the circular economy. Some luxury brands deliberately burn unsold stock, rather than discounting it, in order to preserve their exclusivity: in 2018 British fashion house Burberry noted in its annual report that it had “physically destroyed” £28.6m in unsold goods, prompting outrage from investors and environmentalists.

In response, Burberry announced that it would instead expand its efforts to reuse, donate or recycle its unsold stock. That is only fitting for a partner of the Ellen MacArthur Foundation’s Make Fashion Circular initiative, which aims to make the clothing industry adopt circular-economy principles.

This involves more than donating unwanted items to the charity shop. Everything from materials and dyes to manufacturing and distribution needs to be conceived with a renewable life­cycle in mind. “Clothes that go on the market need to be made from safe and renewable materials if the aim is that the [material] used stays within the economy,” says Francois Souchet, the head of Make Fashion Circular. That may mean steering away from blended fabrics, which are harder to recycle than pure cotton or pure nylon garments.

“The key thing is, on the one side you want to get the products and materials right,” Mr Souchet says. “You also want to get the business side right, so the industry can work without relying on producing ever more products.”

A study by McKinsey, the management consultancy, found that 78 per cent of sourcing managers said sustainability would be a significant factor considered by consumers purchasing mass-market apparel. Businesses ignore such attitudes at their peril.

Last year Reebok introduced a line of footwear made from plant-based materials that are sustainably sourced and biodegradable. “In the not so distant past, people would dismiss sustainability by saying, ‘everyone wants it but no one wants to pay for it’,” says Bill McInnis, head of Reebok Future. “That was likely true a few years ago, but we’re seeing this new generation of consumers beginning to demand it.”

Mr Souchet thinks basics offer the biggest opportunity for more durable fashion. “Essentials are a very large part of what the industry is producing,” he says. “Not the quick, trendy side of fashion.”

One business focusing on that area is Teemill, based on the Isle of Wight. A platform that allows other brands to print and create their own garments, it prides itself on operating its own circular economy. Most of its clothes are jersey cotton basics. “Tees, tops and pants are all made out of jersey,” says co-founder Mart Drake-Knight. “We’re not going to take on sequins.”

Mr Drake-Knight and his brother, Rob, founded their original T-shirt brand, Rapanui, in 2008 because they could not find clothing that did not harm the environment. The small operation was based in their parents’ garden, and had only limited resources. “We literally could not afford waste,” Mr Drake-Knight recalls.

Teemill allows Rapanui’s supply chain and technology to be used more widely; the company takes a percentage of each item ordered. “It’s naive to think that everyone in the world is going to stop and buy Rapanui,” Mr Drake-Knight says. “If you want something to be utilised, you have to share it.”

Some luxury brands burn unsold stock, rather than discounting it, in order to preserve their exclusivity

Instead of building up stock, Teemill produces an article of clothing only when it has been ordered. Sizing options are explicitly defined online and refined in the light of customer data, which cuts the number of returns. “People have a good sense of what size they think they are, but [high street] brands have a really bad idea,” Mr Drake-Knight says.

When a Teemill item reaches the end of its life, a code on the care tag generates a mailing label so that it can be posted back; Teemill then gives credit towards a future order. Each worn item that is returned is broken down and remilled into second-generation clothing. Because cotton fibres shorten with reprocessing, the thread is slightly thicker, and the shirts are heavier.

“It’s a massive, obsessive engineering product that’s designed out all the waste,” says Mr Drake-Knight. Citing the theory of marginal gains, he says it is not one single process change that has made Teemill sustainable: “It’s 50 things that make you one per cent better.”

His philosophy is echoed by Cyndi Rhoades of Worn Again, another UK business that is trying to apply circular-economy principles to clothing. “It’s an ecosystem of all the players in the textile supply chain, the brand, and the consumers,” she says. “We can’t have circularity unless consumers return textiles into circulation.”

Worn Again is developing techniques for turning both pure and blended polyester and cotton textiles back into their original materials, with dyes and contaminants stripped out on the way. It plans to allow its technology to be licensed by other businesses. Ms Rhoades believes textiles are one of the most important frontiers in the circular fashion economy, because less than 1 per cent of recycled textiles are converted into new, wearable materials; instead they are “downcycled” into insulation and other products.

“If we can create a process that uses textiles as feedstock for new textiles, then we wouldn’t have to use virgin materials ever again,” she says.

That goal remains some way off, which has made funding tricky at times. But as sustainability becomes an increasingly hot-button issue, she is optimistic about the circular economy’s biggest challenge: getting consumers to participate. “There is no circular if we keep throwing stuff away,” she says.

Mr Drake-Knight says he is excited by how fast the circular economy model is taking off. “H&M and Adidas say they’re going to be circular by 2030, but we’ve already done it, and lots of start-ups are starting to do it.”

Video: Climate change explained: what can ordinary people do?

This article has been amended since first publication to reflect the fact that, at the time Burberry burned its unused stock, it had already committed itself to pursue environmental sustainability and to reduce waste

Get alerts on Environment when a new story is published 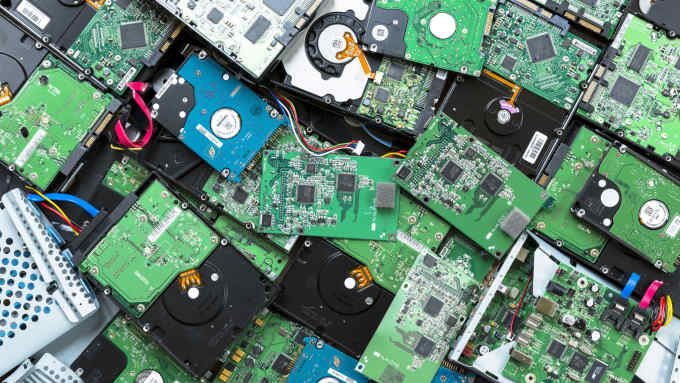