Net inflows of $111.5bn were triple that of September and the highest since March

Net inflows to ETFs surged to $111.5bn globally, according to data from BlackRock, triple that of September and the highest reading since March.

The bumper headline flows were powered by a jump in demand for a range of punchy “risk-on” assets, such as emerging market equities, technology stocks, and high-yield and long-term bonds, adding to the upbeat mood.

This was a far cry from September, when the bulk of the muted flows that were seen were directed into haven US Treasury bond funds as investors battened down the hatches.

“October was an environment that was more favourable towards risk taking for ETF investors,” said Todd Rosenbluth, head of research at consultancy VettaFi. “They were willing and comfortable to seek higher reward in exchange for higher risk investment styles.”

“It’s definitely been more bullish,” said Karim Chedid, head of investment strategy for BlackRock’s iShares ETF arm in the Emea region. However, he remained wary of calling a market turn, describing the volte-face as “selective re-risking,” that was “certainly not across the board”.

The more upbeat mood was evident in the fixed-income market, with total inflows hitting $34.2bn in October, 2.6 times September’s tally and within a whisker of 2022’s monthly high.

Crucially, corporate bond ETFs attracted almost half of this, compared with just 22 per cent of September’s smaller tally. High-yield bonds garnered $7.8bn, the most since April 2020 and a sharp reversal from the $19.6bn withdrawn from the sector between January and September.

Buying of long-term bonds funds — those with exposures of 10 years-plus — also jumped, to $6.7bn, the third-highest figure ever.

He said the buying had continued last week in the wake of “mixed messages” from the Federal Reserve’s November rate-setting meeting.

Chedid was wary of calling this re-risking the start of a decisive trend, however. Instead, he attributed demand for high-yield bonds to pricing, with spreads over Treasuries at historically wide levels and a market consensus that the “impending” US recession was likely to be “short and shallow”.

“High-yield is already implying a particularly elevated default rate that we don’t expect to realise unless there is a systemic-level recession,” Chedid said. “The recession we are expecting for 2023 for the US wouldn’t trigger that big a pick-up in defaults.”

Chedid also pointed to flows into emerging market equities, which in aggregate attracted $7.3bn in October.

This was the 16th consecutive month of inflows and took the sector’s year-to-date tally to $81.1bn — on track to surpass last year’s full-year record of $90.6bn — leading Chedid to suggest emerging markets were “flying under the radar” and “could be well positioned as the dollar starts to hit a peak”.

Much of the buying appears to be emanating from within EM, though, with ETFs listed in the Asia-Pacific region accounting for $5.1bn of October’s $7.3bn total.

In turn, much of this Apac demand may reflect buying in China, where investors still have limited options to access overseas markets.

“Analysis of flows into China equity funds by currency shows that domestic money is driving recent flows while US dollar-denominated flows have ebbed since the summer,” said Cameron Brandt, director of research at EPFR.

“The foreign exodus has offered domestic investors, whose alternative options (property, bonds) are looking unappealing, the chance to take advantage of a cheap market that is poised to take off if and when Covid restrictions begin to ease.”

Nevertheless, the BlackRock data did show net inflows to EM equity ETFs from both the US and the Emea region, the first time this has happened since June.

Rosenbluth saw signs of rising demand from US investors. “We are starting to see money move back. If the Fed slows down its rate hiking, that would be supportive of emerging market equities,” he said.

Year-to-date flows into Emea-listed EM equity funds, at $11.7bn, are also on track to exceed 2021’s $12.3bn — a far cry from the profound lack of enthusiasm for ETFs tracking Europe’s own equity markets, which have seen $15bn of net outflows so far this year.

With US equity ETFs continuing to suck in money, Chedid said: “The spreads between [US and European equity ETFs] are the largest I have seen for a long time. It has been a capitulation from European equities. The positioning is at extreme levels.”

At the sector level, technology ETFs pulled in a net $6.1bn in October, the highest figure since March, although Chedid was again wary of calling a turn, given the weak earnings guidance issued by several large tech companies in recent days. 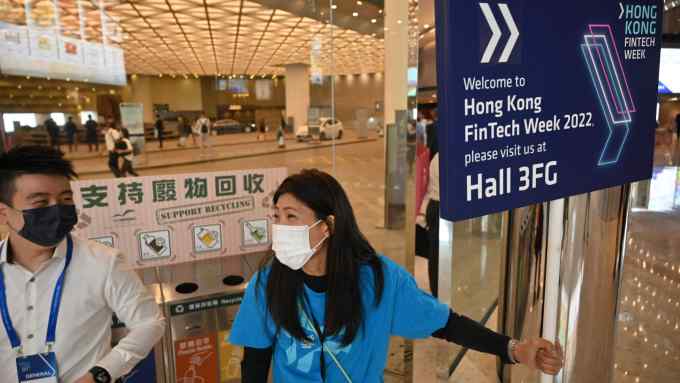