Drought spells disaster for many farmers in the developing world as most lack crop insurance. No rain means no income, no food and not enough resources to replant the next year.

Now, however, more than 20,000 farms in Ghana, Kenya and Uganda have access to simple and affordable crop insurance via their smartphones.

The policies or “smart contracts” currently under development are based on blockchain, the distributed ledger technology that underpins cryptocurrencies like bitcoin. This avoids the need for paperwork and means payouts can be triggered automatically when certain conditions are met, such as a specific number of days of drought. The system uses high-resolution satellite images to detect rainfall and plant growth data.

Conventional crop insurance is too expensive for more than 500m small farmers worldwide, says Christopher Sheehan, founder and chief executive of US-based WorldCover, which developed the system. “But with machine learning and blockchain technology, we can process these data very cheaply to produce a really simple crop insurance product with premiums of $20 to $50 for a farmer who might only be earning $3,000 a year.” Payments can be made using mobile money transfer services such as M-Pesa.

“They might receive a payment after seven days without rain,” Mr Sheehan says. WorldCover has been working with Lloyd’s of London insurance market and Nephila Capital, an investment management company specialising in weather re­insurance, to create a viable product.

Crucially, it is simple to use and at this stage focuses exclusively on rainfall — a form of “parametric” or “index-based” insurance that does not require manual assessments or decision-making.

“Even a farmer with limited literacy can understand an agreement where I say I’ll pay you if it doesn’t rain for a week,” says Mr Sheehan. Ease of use is crucial, agrees Michiel Berende, head of inclusive insurance at Etherisc, which has formed a joint venture with Aon and Oxfam to develop a blockchain crop insurance system in Sri Lanka. The initial goal is to automate policies already in place and reduce operating costs, says Mr Berende.

The group also wants to explore how blockchain could be used to distribute the risk of crop insurance more fairly by sharing the cost of premiums among others in the value chain. “The farmer will still have to pay, but so could the other parties involved, starting with the large producers and multinationals,” says Mr Berende. Ultimately, even the customer could make a contribution, through the retail price. “The long-term vision is that when you buy a product you will be able to scan the barcode to see not just where it was produced and by which farmer, but what part of the price is the insurance,” says Mr Berende.

The fact that the policies are based on third-party data, such as rainfall measured by satellite and ground sensors, means they are objective, thereby avoiding disputes and fraudulent claims. Eventually, the Etherisc group plans to extend the system to include crop disease affected by the weather, such as brown plant hopper, which is linked to dry conditions.

Insurers are keen to add crop risk to their portfolios, says Mr Sheehan, who has attracted interest from Swiss Re and Lloyd’s. “At the moment, it is under-represented because it has not been economically viable to serve so many low-budget clients.”

India has an extensive government-backed crop insurance programme, but this can be slow to pay out, and the government is examining how blockchain might improve it. Aditya Das, an insurance specialist based in Bangalore, says: “If the current momentum is sustained, we should see pilots in the next 12 to 18 months and a rollout within two years.”

Faster and more accurate information combined with trigger-based decisions will reduce enrolment errors and speed the process, says Mr Das, especially payment of claims. “Both of these will significantly boost farmer confidence and increase enrolment, which in turn should kick off a virtuous cycle.”

Moreover, research by the Feed the Future Innovation Lab for Assets and Market Access at the University of California, Davis, shows that farmers who are insured tend to invest more in the hope of higher income in good years. Removal of risk through insurance can increase smallholder investment and income by 20 to 30 per cent. This indirectly identifies the huge year-on-year cost that farmers pay when they manage the risks they face on their own.

Blockchain is still in its infancy and smart contracts need to be very simple. Hence at the moment they are only being considered for conditions that can be measured easily, such as rainfall.

Chris Udry, King professor of economics at Northwestern University, Illinois, says blockchain will play a supporting, rather than a lead, role in crop insurance. Being able to make mobile payouts immediately when an index insurance trigger is reached will be good, he says. “But its importance pales in comparison to designing an index that is strongly correlated with farmer profits — a goal that is still far from being achieved,” he says.

Smart contracts could be used to decentralise the insurance and reinsurance contracting process, perhaps permitting more efficient diversification, he says. “But again, this is less important than the reduction in transaction costs via mobile money, the establishment of trust that payouts will be made, or the design of contracts that reduce risk.” 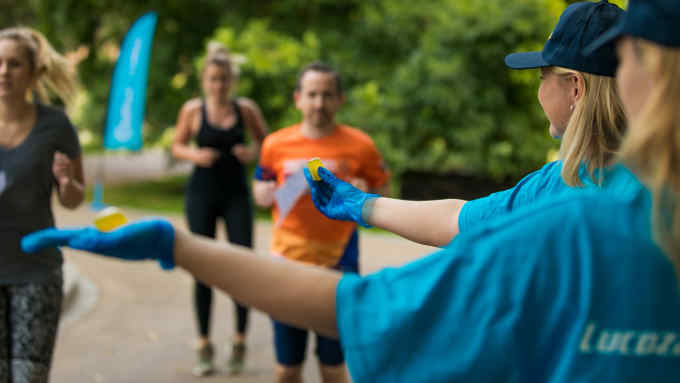