Ticket to Ride, by Peter Lampl — from fortune to philanthropy

Sir Peter Lampl has words of advice and caution for those keen to emulate his success in building businesses. They help explain how he netted £100m over two decades and why he switched to a second career as an educational philanthropist.

His moneymaking advice, drawn from his initial experience as a leveraged buyout specialist, is that appearances count — especially in the US. As he recounts in his entertaining but sometimes overly conversational autobiography Ticket to Ride, that meant flashy offices, fast cars and swanky hotel suites. As he says: “It was clear to me that, in America, the quickest way to fail in business was to look as though you were failing in business.”

Lampl renovated the staff toilets in a factory before showing prospective buyers round, in case a pressing need led to swift disillusionment. When cash was tight, he travelled on budget airlines but waited in the arrivals hall until a more expensive flight landed, to give the right impression to potential partners.

Hard work and long hours counted too, of course. Lampl enjoyed an early stint at a strategy consultancy but preferred being hands-on: “There are two things involved in this game. The first is figuring out what to do with the business; the second, and more difficult, is persuading a bunch of guys to do it . . . And that’s a darned sight harder than consulting.”

Philanthropy
The dealmaker on a mission for social mobility 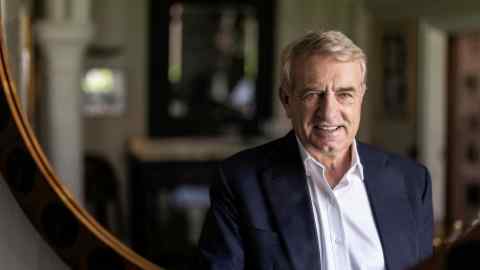 He specialised in buying “boring” midsized companies to restructure and sell — businesses he could understand and that operated in mundane areas such as construction. That might have failed to enliven cocktail party conversations, but it attracted fewer competitors than higher-profile sectors.

Extremely rich by his late forties, he reacted to his success with contemplation and, eventually, depression. He cautions that luck played a big part — the word comes up 24 times in his book. “The business world is full to bursting with people who got a lucky break and then began attributing it to their own personal genius,” he warns.

One appealing target was SKS, a German roller shutters company, but much of Lampl’s ultimate 20-fold return on the acquisition reflected the huge surge in demand for home renovations after the fall of the Berlin Wall in 1989 — something that he, and almost everyone else, had failed to anticipate.

Lampl had no taste for yachts, could only spend so much on prestige homes and golf lessons, and tired of dealmaking simply to impress others. As he relates, his priorities shifted with marriage, children and shock at how he believed the UK had changed for the worse since his youth. A grammar-school boy, he thinks the abolition of these selective schools providing free, high-quality education for the brightest regardless of their background, slammed the doors on the social mobility that had helped him succeed.

Lampl threw himself into giving away money strategically, bringing in former partners and a tight, corporate-like focus. He wanted not just to advocate for educational reforms but also to make up for gaps in the system through carefully monitored projects.

He funded summer programmes to motivate poorer children to apply to prestigious UK and US universities, and launched an “Open Access” pilot in the hope the UK government would effectively fund “needs blind” admissions to top fee-paying schools. 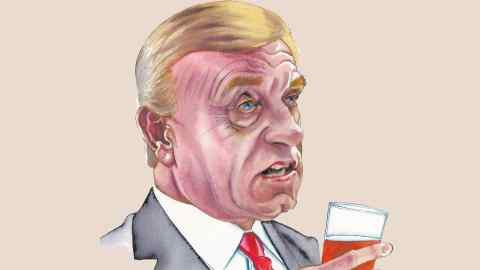 That final aspiration remains unfulfilled. Lampl describes the rapid turnover of education ministers from different parties, none of whom was willing to bankroll his approach. Critics argued that the selection process for grammar schools stigmatised those who failed to get in, and different approaches were needed to meaningfully tackle social mobility. More analysis of this debate in the book would have been welcome.

But, to his credit, Lampl’s funding has improved prospects for many young people and shone a spotlight on Britain’s self-perpetuating elites. His wider call is for the UK to improve tax incentives and the culture for giving, in line with the US, and for many more to be active philanthropists — giving time and experience as much as money. He would also like greater public recognition of philanthropists, though he appears less concerned about it for himself.

Unlike many donors who support glamorous causes and want to see their names on brass plaques, Lampl has put the name of his charity, the Sutton Trust, rather than his own to the fore. Sutton was also the name of his company, inspired partly by the town in Surrey where he grew up.

Still, he accepts that for others, appearances count in philanthropy as well as in business. So, if donors want their name in lights, they should be humoured.

Ticket to Ride: My Adventures in Making Big Money and Giving it Away, by Peter Lampl, HarperCollins, £20 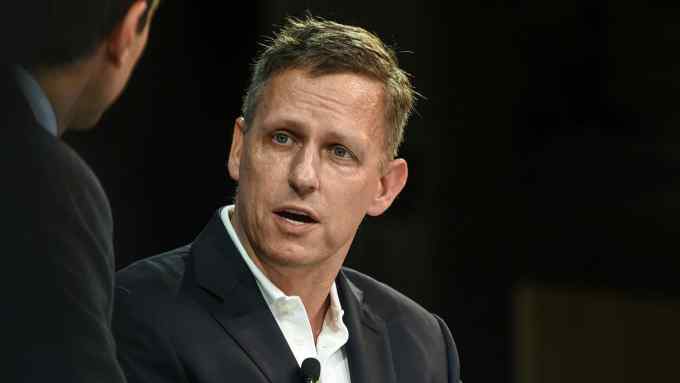