Slavery is a weak link in corporate supply chains

New laws and public opinion help to fight abuse, but campaigners say companies should do more

The men had come mostly from Hungary, where they had been promised good wages in the UK, food and a place to live. Instead, as many as 42 of them at a time found themselves crammed in to a two-bedroom house in West Yorkshire. They were fed only scraps and forced to work up to 16 hours a day, seven days a week, for as little as £10, if they were paid at all.

The bed-making business that employed them was not a small operation. It supplied companies including Next and John Lewis.

In 2016 Mohammed Rafiq, the owner of Kozee Sleep of Dewsbury, was jailed for two years and three months after exploiting what was described in court as a “slave workforce”. Two Hungarian men who brought over the workers had earlier been jailed for human trafficking in cases stretching back at least two years.

The case is a reminder of the horrors companies may be inadvertently failing to prevent in their supply chains. Forced labour was once a niche human rights matter for large companies but it has moved to the forefront of corporate concerns with the introduction of the UK’s Modern Slavery Act.

The law, passed in 2015, requires all companies with turnover of £36m or more that conduct business in the UK to report publicly on what they are doing to ensure there is no slavery in their supply chains. As part of the act, an anti-slavery commissioner was appointed and British police and prosecutors have cracked down on the crime.

While the law is often criticised for lacking teeth — there are no penalties or sanctions for companies that do not comply or that publish weak statements — it has brought the conversation into the boardroom, legal experts say.

When companies start to think about their suppliers and contractors and how those labourers are compensated, a range of problems may be uncovered.

“The bigger and more multinational you are, the bigger the risks because of the supply chain and exposure to emerging markets,” says Stuart Bell, the director of policy at Ergon Associates, a firm that consults on compliance with labour and human rights law. “A much broader pool of companies are having to comply, and a lot of companies are cascading the requirements through their supply chains,” he adds.

The risks are not only overseas, Mr Bell points out, with instances of modern slavery uncovered by police in Britain every month. “As soon as you get to low-skilled, outsourced labour, your risk grows,” he says. For employers of office workers this may mean looking in areas they might not normally consider as risks, such as overnight cleaners and the people who wash the corporate cars.

In the past two years, several large companies have disclosed problems they have uncovered. Rio Tinto, the mining company, found a subsidiary had last year failed to pay wages on chartered ships. Nestlé, the world’s biggest food and drink company, was one of the first to disclose a failure when it reported early last year that it had uncovered forced labour in companies in its supply chains in Thailand’s seafood industry.

The UK act was the first national law in the world that requires companies to report on their supply chain risks but other countries have begun to follow suit. This year France passed a law that requires companies with more than 10,000 employees worldwide to develop plans for rooting out human rights abuses, while the Dutch parliament adopted a law to prevent child labour. Australia is considering a Modern Slavery Act similar to the one in Britain.

As soon as you get to low-skilled, outsourced labour, your risk grows

However, Kevin Hyland, Britain’s anti-slavery commissioner, wrote a letter to chief executives in April, a year after companies were first required to report on their efforts, saying he was “disappointed” by the quality of the statements from companies. “Many fail to meet the minimum requirements of being placed on a company’s homepage or signed off by senior leadership,” he wrote. “Even statements that do legally comply have a lot of room for improvement.”

The Business and Human Rights Resource Centre, which has compiled and reviewed the company statements, has also said the initial response was lacklustre.

Aidan McQuade, the director of Anti-Slavery International, says that companies should do more than merely ensure there is no unpaid labour in their supply chain. They can also try to bring about change by banding together to lobby governments.

“Governments will pay attention to business in a way they won’t to human rights organisations,” he says. “Companies may well be reticent in upsetting foreign governments but businesses should be prepared to see this as a pre-competitive issue and be prepared to challenge governments on this because they can’t act alone.”

Mr McQuade says the act should have harsher sanctions, similar to those in the UK’s Bribery Act, such as a provision for company directors to face prosecution.

For now, the toughest penalties that companies will face for breaching anti-slavery legislation may be from the “court of public opinion”, Mr Bell says. “So long as there is enough public scrutiny, peer pressure works.” 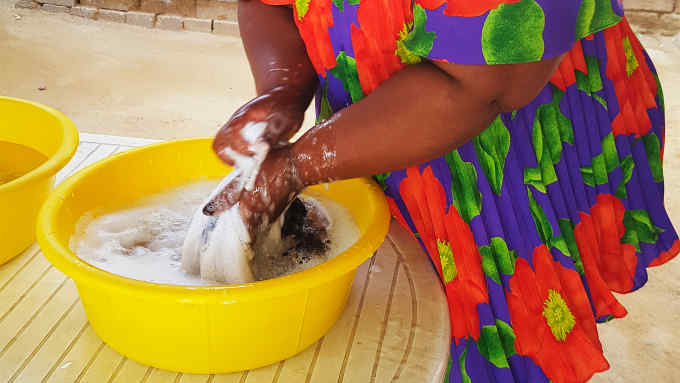