A slump in international student enrolments because of Covid-19 will blow a A$16bn ($11.4bn) hole in Australian university finances over the next four years, the industry has warned. That threatens to cripple research and cost thousands of jobs.

Business schools in particular face severe cuts because of their reliance on fee income from foreign students. In response, they are accelerating their rollout of online teaching and re-engineering courses to meet the financial and logistical challenges posed by the pandemic.

“We are completely on the front line,” says Tom Smith, head of the applied finance department at the business school at Macquarie University, which has around 10,000 international students out of a student body of 38,000.

A shake-up of government funding is further complicating the university sector’s ability to respond to an expected spike in applications from domestic students caused by unemployment due to Covid-19.

End of a turbocharged era

Australia has enjoyed a decade-long boom in international education, particularly among Chinese students, who last year made up one in 10 studying at its eight most prestigious universities. International student revenue at all Australian universities hit A$8.9bn in 2018, more than doubling since 2012. Government funding over the same period increased by 20 per cent and was worth A$17.6bn in 2018.

“Australia universities have become very reliant on foreign students and in 2018 they delivered about a quarter of total university income,” says Andrew Norton, an expert on higher education policy at Australian National University.

More than 413,400 foreign students were enrolled at Australian universities in April, shortly after the country closed its international borders due to Covid-19. 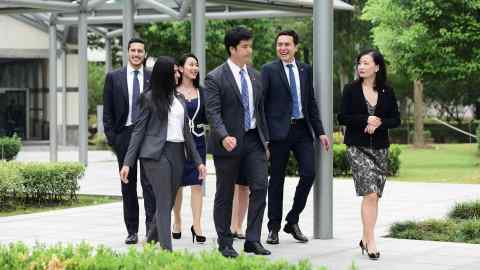 Tens of thousands were unable to return to resume the school year, which began in February-March. A plunge in enrolments for 2021 and foreign students completing courses could halve the number attending Australian universities by mid-2021, says the Australian Population Research Institute.

Universities Australia, which represents 39 universities, has forecast a revenue shortfall of A$16bn between 2020 and 2023 because of the Covid-19 crisis. It also expects 21,000 job losses and a big decline in research.

“International student revenues have turbocharged everything universities have managed to do in recent years, including boosting research and moving up the global rankings — a process that in turn attracted more foreign students,” says Roy Green, emeritus professor and former dean of the business school at University of Technology Sydney. “That came to a dead stop with the Covid-19 crisis.”

Business degree fees will rise substantially — alongside humanities and law

He warns that the anticipated hit to university research threatens further to dent Australia’s national competitiveness — and indirectly its attractiveness to international business students.

This month Canberra promised an extra A$1bn funding in 2021 to support R&D at universities. Meanwhile the government has brought in reforms that aim to boost the number and uptake of maths, science and health courses by cutting student fees. Business degree fees, however, will rise substantially — alongside humanities and law.

Prof Smith says the Covid-19 crisis has forced Macquarie University to reconsider its funding model, which relied on foreign student fee income to cross-subsidise teaching domestic students. The proportion of government funding of business and management courses is scheduled to fall from 20 per cent in 2020 to 7.5 per cent in 2021, putting further pressure on business school finances.

“We can’t keep cross-subsidising undergraduate courses so we have to change the business model. But we are doing this in a way that serves students,” says Prof Smith. This means cutting staff numbers and delivering more course material online.

“The market is really changing in light of the upheaval to both economic and social life,” says Caron Beaton-Wells, deputy dean at Melbourne Business School. The school has launched online courses on themes such as leadership resilience and wellbeing, managing virtual teams, and change management. It is preparing a portfolio of short courses with a significant online element.

In addition, the full-time MBA has been redesigned for 2021 to provide more flexibility. For instance, international students can take a 23-month course, as this is the minimum length of study required for them to qualify for a working visa. Domestic students can complete a fast-track MBA over 14 months.

Will international students be put off?

The big question for the sector generally is whether international students will return in large numbers when Australia’s international borders reopen. University chiefs say the country’s ability to keep Covid-19 infection rates among the lowest in the developed world should prove attractive.

However, the federal government’s failure — in contrast to rivals such as the UK and Canada — to provide financial support for foreign students who rely on casual jobs to support themselves may have hurt Australia’s reputation with students.

“They were badly treated and it was only the state governments that filled the gap with programmes to support students with rental accommodation and food — otherwise these students were in terrible situations, as they couldn’t even get back to their own countries [due to a lack of flights],” says Prof Green.

“This is a genuine existential crisis for Australian universities — the turbocharger of international students has dropped out of the engine,” says Prof Green. “There is no real favourable outcome to any of this at the moment.” 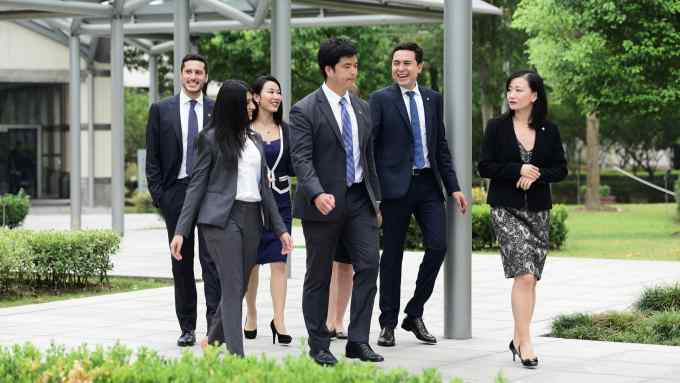