A few weeks ago Barclays abruptly stopped supporting two of its most popular exchange-traded notes, VXX and OIL.

The move to suspend share creations linked to the notes, designed to mimic Vix volatility futures and crude oil prices respectively, puzzled many, given how VXX in particular was a popular trading tool with nearly $1bn in assets. It also meant trading went haywire. At the time, all Barclays would say was:

This suspension is being imposed because Barclays does not currently have sufficient issuance capacity to support further sales from inventory and any further issuances of the ETNs. These actions are not the result of the crisis in Ukraine or any issue with the market dynamics in the underlying index components. Barclays expects to reopen sales and issuances of the ETNs as soon as it can accommodate additional capacity for future issuances.

We now have another oblique statement from Barclays that helps explain why the bank suddenly stopped supporting the two ETNs (FT Alphaville’s emphasis below).

As part of its structured products business, Barclays Bank PLC (“BBPLC”), a subsidiary of Barclays PLC (“BPLC”), is a frequent issuer of structured notes and exchange traded notes in the United States and elsewhere.

Based on current market prices of the Affected Securities and the estimated pool of potentially eligible purchasers electing to participate in the rescission offer, Barclays expects the rescission losses (net of tax) to be c.£450mn.

A footnote reveals that Barclays had a registered maximum offering size of $20.8bn for its ETNs, and exceeded that by about $15.2bn. Quite the miss. Those securities now have to be bought back at the original purchase price, and incur the estimated £450mn loss.

Also note that Barclays only gives its estimated post-tax loss, which indicates the nominal loss is quite a bit higher. The hit will even delay the start of Barclays’ £1bn buyback programme to the second quarter.

ETNs are a form of exchange-traded products, but unlike the better-known exchange-traded fund, they work like a synthetic debt security issued by a bank, which then uses derivatives to ensure that it tracks the underlying index. The complicated beasts can be very lucrative thanks to both the management fees and the all the trading opportunities they create.

VXX and OIL — or to give them their formal names, the iPath Series B S&P 500 VIX Short-Term Futures ETN and iPath Pure Beta Crude Oil ETNs — still trade on the New York Stock Exchange and CBOE respectively, even though Barclays is no longer creating new shares in them.

That has meant they both became untethered from their underlying reference indices since March 14, as this Bloomberg article explains. It’s also worth noting that VXX has options referencing six times its share count, more than twice the ratio of any ETF or stock except the HYG and XRT, a junk bond and retailer stocks ETFs respectively, according to Goldman Sachs.

There will now be an investigation – both internal and by regulators. From today’s Barclays statement:

Barclays has commissioned an independent review of the facts and circumstances relating to this matter including, among other things, the control environment related to such issuances. Separately, regulatory authorities are conducting inquiries and making requests for information.

We look forward to finding out how this DB-level snafu happened.

Get alerts on ETFs explained when a new story is published 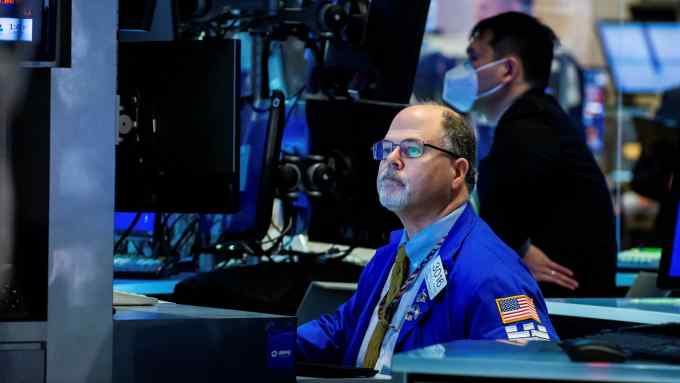