It was six months of hell for companies, with axed flights, a fight in the aisle and IT failure

The airline industry has been catapulted from one social media firestorm to another this year.

Ryanair is the latest carrier affected after it sparked a furore by cancelling 20,000 of its 800,000 flights between September and next March, angering passengers and regulators. The Irish airline, Europe’s biggest by passenger numbers, blamed the snag on a rostering failure that left it short of pilots.

The problem was made worse by the company’s initial reaction: the first, abrupt cancellation of 2,000 flights in September, with little or no notice, led to a torrent of criticism.

It disrupted the travel plans of 315,000 customers but Ryanair alarmed all its 18m passengers who had been due to travel in the following six weeks by failing to specify affected flights at the outset.

Ryanair’s public relations disaster came months after customers of British Airways gave it a roasting for an IT systems failure on a bank holiday weekend in May, which stranded 75,000 passengers. A month previously, a video clip taken on a flight by US airline United Continental made international news: it showed a passenger being removed violently by airport police in Chicago. The flight had been overbooked and the carrier needed to make room for crew members who had to be on standby.

These incidents have added to public anger at many aspects of air travel, especially the proliferation of fees for changing flights, checking bags and even carry-on luggage.

They also raise the question of whether the industry, which is viewed as a model with regard to flight safety, is struggling with general commercial operations.

“I think ultimately that airlines are good at controlling the risk that can be controlled. Unfortunately, one of the biggest risks is the employee and passengers,” says John Grant of JG Aviation Consultants.

He notes that customer-facing staff are “the face of an airline” and can “make or break” the long-term view of the company. “Now compare that with a highly sophisticated machine full of the latest technology, armed with lots of diagnostic equipment to alert people to potential breakdown,” says Mr Grant. “The absence of a brain and personal agendas makes a huge difference.”

While the three incidents were different, human error played a part in each. BA blamed its power outage on a technician employed by an outside supplier who shut down the “uninterruptible power supply” in a plant room at its London data centre.

Michael O’Leary, Ryanair chief executive, admitted that the budget carrier mishandled the initial communication of its flight cancellations. He also said it “could have responded sooner to a tightening market” for experienced flight officers. Since its rostering debacle, Ryanair has brought in new operations management and added resources to its pilot recruitment and rostering teams.

United Continental’s dilemma was made worse by its initial tone-deaf statements that deflected legal blame while doing little to prevent brand damage; this was followed by ever more abject apologies that failed to assuage public anger.

Aviation commentators believe employee risk has increased owing to the trend for airlines to outsource functions that range from reservations to customer support to ground handling.

Andrew Charlton, a Geneva-based aviation analyst, says airlines are both capital intensive and people intensive, making the scope for good decision-making much harder.

“Add to that the fact that we pay the people on whom we most rely (flight attendants, check-in agents etc) the least and you can start to see the issues,” he says.

“This also then extends to the need for expertise at very high levels of the operations: the chief pilot and the chief of ground operations and the head of maintenance are all regulated positions, so that is it difficult to get cross-company expertise and experience even at quite high management levels.”

BA’s problem was compounded by its inability to email customers. Its systems were affected by the power outage.

John Strickland, a London aviation consultant, notes that the move to automation has risks.

“As we become more automated, what is the fallback system if most, if not all, of your automated systems are offline?” asks Mr Strickland.

“How do you communicate? In the past, not even five to 10 years ago, there would be more human intervention and less reliance on automation than there is today.”

Others note that airlines’ high focus on safety remains the priority in an industry that has long struggled with profitability.

“Operating a complex business this safely is expensive,” says John Luke, partner in KPMG’s transport practice. “Airlines have endured long periods of losses and negligible profitability. So, as with many businesses, when there is cost pressure something has to give.

“In the airline sector that cannot be safety or hardware, so maybe more likely it ends up being the customer service.”

Mr Luke adds that when disruption occurs, it may be how each airline deals with the event — rather than the event itself — that many customers remember. “Customer loyalty can actually be won in such circumstance,” he says. 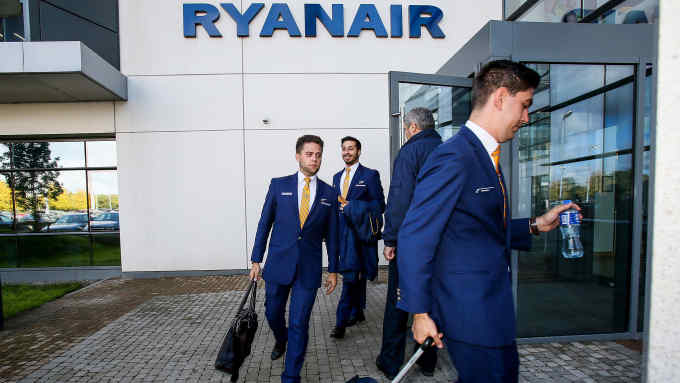 We assess the importance of the human touch in overcoming risks organisations face like the gender pay gap, detecting rogue traders, cyber security, high salaries of chief executives, crises afflicting the UK prime minister, as well as company mergers and scandals in Hollywood