In the eyes of many, cryptocurrencies defy convention merely by existing, backed as they are by nothing more substantive than lines of computer code.

But, despite a crash in their value in recent months, the digital tokens have continued to attract investment via exchange traded products.

Typically, humans, being herd animals, will often show a tendency to pile into financial assets that are rising in value, and to run for the hills when valuations are falling — ignoring the logic of arguments to buy in at low prices.

Fans of crypto, however, have demonstrated a contrarian bent in bucketloads this year — by continuing to pump money into ETPs despite a brutal sell-off that has slashed the market capitalisation of cryptocurrencies from a peak of $3.2tn in November 2021 to less than $1tn.

Even amid this bloodbath, crypto ETPs — ie those investing directly or via futures contracts, rather than merely in equities linked to the sector — have enjoyed global net inflows of $379mn so far this year as enthusiasts have kept the faith, according to data from TrackInsight.

The prospect of throwing good money after bad has proved no deterrent. Investors have pumped a net $26mn into the VanEck Vectors Avalanche ETN (VAVA) since its launch in December, according to TrackInsight. Yet its market cap has suffered an 82 per cent slide in value year-to-date, to stand at just $5.6mn.

Similarly, the Purpose Ether ETF (ETHH) market cap has fallen to just $42.5mn, despite raking in $176mn this year, TrackInsight data show. Likewise, $107mn of net inflows to the CoinShares FTX Physical Staked Solana ETP (SLNC), launched in March, have shrivelled down to a market cap of $34.3mn.

“People want to be a part of something that is working and they tend to move out of assets that are not working. But there are big believers in the long-term potential of crypto and the value it can add to a portfolio, so investors have been taking advantage of volatility to add exposure instead of moving away,” he adds.

“The rationale is that [ETPs] allow a certain type of investor access to the asset class who wouldn’t necessarily go out and set up a wallet et cetera, or can’t for regulatory reasons, so it doesn’t surprise me that there is a significant level of interest,” Lamont explains. 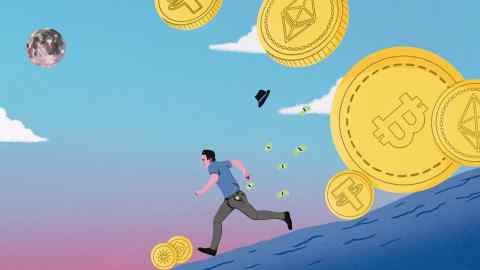 Asset managers have also kept faith rather than being disheartened by the losses. A total of 39 crypto ETPs were launched in the first seven months of 2022, according to TrackInsight. This pace is in line with the 68 launches during the calendar year 2021, and far more than witnessed in all years prior to 2021 combined.

Even the biggest providers are starting to show interest. In August, BlackRock, the world’s largest asset manager, unveiled plans for a spot bitcoin private trust in the US, where physical crypto ETPs are still outlawed. This is despite chief executive Larry Fink saying in 2017 that “bitcoin just shows you how much demand for money laundering there is in the world”.

However, five years ago, BlackRock also conceded that, despite a steep downturn in the digital asset market at the time, it was “still seeing substantial interest from some institutional clients in how to efficiently and cost-effectively access these assets”.

Meanwhile, Fidelity of the US, the biggest house so far to have launched crypto ETPs, recently added a bitcoin option to its retirement offering.

Rosenbluth says he “would have expected that the product development would have slowed down, given that investors have been losing money through these strategies in 2022”.

He adds: “I’m surprised that asset managers are willing to be patient and let the pendulum move back towards the long-term performance of these strategies.” 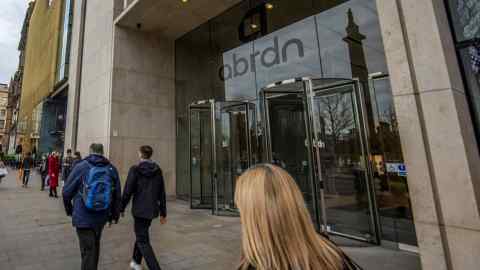 Rosenbluth suggests that one factor fuelling the launch frenzy was the limited degree of product differentiation inherent in crypto ETPs. Competition is typically on the basis of cost or liquidity — so being an early mover may be essential to having long-term success in gathering assets at sufficient scale.

Lamont also believes crypto is one of the few fields in which there is “virgin soil” for providers to stake a claim, given how crowded most of the ETF landscape has become.

This is fuelling a land grab. “There is a clear feeling in the industry that everybody would like to be involved,” Lamont says. “It’s a new asset class. Just because we have seen a global price tumble, it doesn’t mean that this is not here to stay in one form or another.”

As a result, products are “being launched in anticipation of the next crypto bull run,” Lamont says.

“Most people think that, unless [cryptocurrencies] are regulated out of existence, they will be around forever in one form or another. The genie is out of the bottle.”