When Mozambique was hit by two cyclones in rapid succession last year — causing death and destruction from a natural disaster on a scale not seen in Africa for a generation — government officials added an unusual recruit to their relief efforts.

Apart from the usual humanitarian and health agencies, the National Health Institute also turned to Zenysis, a Silicon Valley start-up. As the UN and non-governmental organisations helped to rebuild lives and tackle outbreaks of disease including cholera, Zenysis began gathering and analysing large volumes of disparate data.

“When we arrived, there were 400 new cases of cholera a day and they were doubling every 24 hours,” says Jonathan Stambolis, the company’s chief executive. “None of the data was shared [between agencies]. Our software harmonised and integrated fragmented sources to produce a coherent picture of the outbreak, the health system’s ability to respond and the resources available.

“Three and a half weeks later, they were able to get infections down to zero in most affected provinces,” he adds. The government attributed that achievement to the availability of high-quality data to brief the public and international partners. “They co-ordinated the response in a way that drove infections down,” he says.

Zenysis formed part of a “virtual control room”, integrating information to help decision makers understand what was happening in the worst hit areas, identify sources of water contamination and where to prioritise cholera vaccinations.

It supported an “mAlert system”, which integrated health surveillance data into a single platform for analysis. The output was daily reports distilled from data issued by health facilities and accommodation centres in affected areas, disease monitoring and surveillance from laboratory testing.

“It’s the most compelling example of our impact so far,” says Stambolis. “It all happened so quickly and it was measurable. It’s normally harder to establish causation but the results were so compelling and observed so quickly. There was a direct line between our collaboration with the government and that outcome.”

Mozambique marked a new area of advising on humanitarian relief for Zenysis, which had previously focused on health systems before branching out into humanitarian relief. Over the past few years, Zenysis has expanded into nearly a dozen lower- and middle-income countries — including Ethiopia, Rwanda and Vietnam — where it is helping to identify patients with tuberculosis.

In parts of Africa and Asia, patient health data is not collected, or is written on paper that is filed haphazardly and difficult to analyse. While technological improvements have led to a rise in electronic reporting of medical information, the capacity to collate, process and apply it remains limited.

Ministries, departments, clinics and non-government organisations may submit reports in varied electronic formats over different time periods. Sometimes the limits to comprehensive data pooling can be as basic as variations in the way local place names are spelt.

For Zenysis, however, he remains confident. The company is employee-owned, with backing from committed investors and income from multiple governments.

“We have a lot on our plate,” he says. “We are going to be even busier this year and beyond because of organic growth and massive investments to be made in health systems in low- and high-income countries because of coronavirus.” 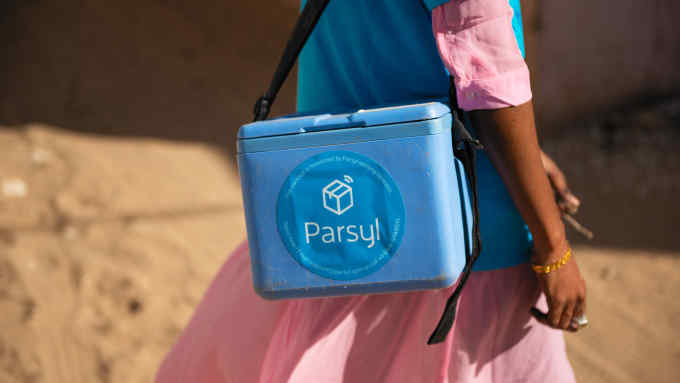