The lung game: is hyperbaric oxygen therapy any good?

We typically breathe 25,000 times a day. And we’re right to be worried about the quality of the air we’re inhaling. We’ve long been concerned about pollution in cities and Covid has made us focus ever more closely on what’s in the air. But is there anywhere or anything we can breathe with impunity? Widely used by athletes, hyperbaric oxygen therapy is linked to benefits ranging from wound healing and long Covid recovery, to improved immunity and brain function, and even cellular youth. Footballers Mohamed Salah and Cristiano Ronaldo are fans, as are Michael Phelps and LeBron James – and Justin Bieber. So should we all sign up?

“In HBOT a patient breathes 100 per cent oxygen in a pressurised chamber,” says Dr Gary Smerdon, CEO of DDRC Healthcare, a UK-based medical charity that researches diving diseases and provides hyperbaric treatment. “The pressure causes the oxygen to dissolve into your blood plasma,” he explains; it thereby drives 1,200 per cent more oxygen into circulation. A typical solo chamber is a cylindrical pod a bit bigger than an old-school sunbed; it’s a comfortable enough experience, beyond a slight ear-popping, though not one for the claustrophobic.

Claimed benefits include a lowering of inflammation, a boost in the production of energy in cells throughout the body (via the ATP molecule), an eightfold increase in stem-cell circulation (key for repair), enhanced immune function and the formation of new blood vessels. But who derives most from the treatment? That’s controversial. The US Food and Drug Administration and the European Committee of Hyperbaric Medicine have approved 13 conditions for treatment, such as decompression sickness (aka the bends) and non-healing wounds. DDRC Healthcare also treats certain “off-label” conditions, such as injuries in professional rugby players. “With HBOT, damaged ligaments heal with a more flexible collagen,” says Smerdon. Some of the UK’s leading chambers are designed for racehorses. Given that the best results start after 20 to 80 hours’ worth of treatments (which each cost £250), then, says Smerdon, “If you are only a weekend warrior, I would say the gains are too marginal to be worth it.”

When it comes to treating long covid, Smerdon says initial findings show promise, but regarding conditions such as ME or fatigue, or using HBOT as an anti-ageing, pro-health hack, he is cautious: “Caveat emptor. It may help, but there is no clearly defined evidence.” At the same time, he shrugs, getting hard data is challenging, “because running the trials is difficult and really expensive”. While all the doctors I speak to concur is that HBOT should be done under proper medical supervision (contraindications include certain lung issues) and not simply, says Smerdon, by some “high-street beautician”, a growing number of unregulated chambers are appearing in the UK.

Do your research and go in with your eyes open”

Dr Nur Ozyilmaz is a paediatric consultant who has worked at King’s College Hospital and Great Ormond Street. Her belief in integrative medicine (combining conventional and complementary therapies) has led her to found Numa, a sleek, white hyperbaric centre off Bond Street in London. Each patient is assessed to see if they would benefit from treatment; they can present with anything from brain injury to inflammatory bowel disease, and Ozyilmaz has also seen so-called biohackers seeking optimised health and enhanced performance: “More and more young City workers come wanting to perform better at work, and often also in sports.” Typically they have 20 sessions close together (a 90-minute treatment is £240), then two a week. “I used to discourage them, saying there is no evidence for this kind of approach. It could all be placebo, but they swear it improves their energy levels, sleep and exercise capacity.

“Far more patients come with a history of concussion, which has left them with issues such as hormonal imbalances or fatigue,” she continues. “I am passionate about treating them, as we see such good results. We also see patients with brain fog associated with long Covid, most of whom start reporting improvements from their first few sessions.”

Numa will also administer HBOT to older CEOs hoping to sharpen their thinking. This autumn has seen a fresh flurry of interest around HBOT and dementia, with new research concluding it offers “multifaceted neuro-protective effects” that improve memory and brain function by boosting blood flow and slowing the growth of amyloid plaques in the brain, thought to be connected to Alzheimer’s. This builds on other studies, such as one that found HBOT “induced cognitive enhancements... including information-processing speed and executive functions”.

However, says Dr Gary Toups, head of hyperbaric medicine at the Mayo Clinic in Rochester, Minnesota, “I’ve not seen any significant effect on cognition in patients treated with HBOT.” Along with Smerdon, he says more research is needed to investigate whether HBOT may slow down cellular ageing: a widely publicised Israeli study suggested it might, finding that the length of telomeres (the protective caps over the end of our chromosomes, which diminish as we age) increased by more than 20 per cent over a 60-day treatment, and damaging, senescent “zombie” cells decreased by up to 37 per cent. So far, he says, it is only “a single study, the importance of which has yet to be determined”.

“Do your research and go in with your eyes open,” says Smerdon. “In off-label treatments, some people get excellent results; for others there’s no effect.” Ozyilmaz is more optimistic. “What excites me about HBOT is the huge potential it offers without drugs or side effects,” she says. “It looks to a future of medicine where we can harness our body’s own ability to repair and regenerate, to support ourselves to optimal health.”

Explore the series
READ MOREWellbeing and fitness: six new ways to optimise your health this winter
Akram Khan on Brazilian jiu-jitsu and his beautiful midlife crisis 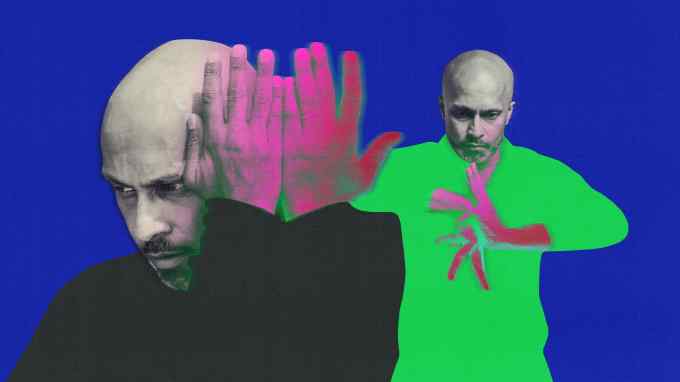