Private banking chief on succession, searching for alpha and partying with Andy Warhol

When Swiss financier Eric Syz was growing up, his textile industrialist father whose family business dated back to the 1850s, gave him an unexpected piece of advice.

“He said you can do anything you want but don’t go into textiles,” recalls the now 63-year-old. “He believed there was no future in European textiles and he was right.”

Unlike his father, Mr Syz, who presides over Syz Group, the private bank and asset manager he co-founded in 1996, did not discourage his sons from following in his footsteps. But in an echo of the headwinds that struck the old family business, he and his future heirs face an uncertain path.

Syz, which has assets under management of SFr27.4bn, is at a turning point. After making its name as a private bank specialising in high-performing asset management — a feature that marked it out from other Swiss banks at the time which relied heavily on tax and banking secrecy — its fund unit has suffered years of poor performance and declining assets.

In addition, private banks are grappling with rising costs and weaker margins. At Syz, group profits have declined every year since 2016, culminating in a SFr25m loss in 2019 mainly driven by outflows from asset management.

This prompted an overhaul at the group in 2020, with the decision taken to offload Oyster, its retail asset management business, and focus instead on the more lucrative area of private assets.

Speaking via video call from his Geneva office, Mr Syz says seismic changes in the investment industry over the past decade justified the decision. “Retail asset management is a scale business, [and] competition is getting fiercer and fiercer,” he says, pointing to the relentless growth of cheap passive funds.

However, he says it is harder today to generate consistent good returns. Ultra-low interest rates and the growing efficiency of markets have deterred managers from taking high-conviction bets. “The risk of diverging too much from the index is so large that 80 per cent of active managers are forced to be index huggers,” he says referring to those active funds that typically perform like and track an index.

Syz’s recent fund performance is a world apart from the golden era of the Oyster range, which had €6bn in assets at its peak in 2007, compared with €2bn at the time of the sale.

Mr Syz is proud of the unit’s legacy. “[We were] fertile ground for great talent,” he reflects, referring to managers such as Eric Bendahan and Nicolas Walewski, who went on to set up their own boutiques.

But funds such as the flagship European equity fund Mr Bendahan used to run have faltered recently, lagging their benchmarks over three and five years. Other key investment staff have also departed, such as chief investment officer Fabrizio Quirighetti, while managers including head of European equities Michael Clements, left after the Oyster range was sold.

“[Private assets] are where we can add value to our clients,” he says. “Rather than advising them to buy this or that fund and make 12-13 per cent return, we’d rather do more work and be able to make 20-25 per cent.”

Overseen by Marc Syz, the founder’s elder son, the private assets division takes direct stakes in companies with valuations of between SFr100m and SFr200m.

The Syz family invests its own money alongside its clients, targeting “hidden gems”, such as small companies in fragmented industries or family-owned businesses that need expansion capital.

Mr Syz believes family businesses are often the best-run companies thanks to the way they take “rational” rather than “political” decisions, have good control of costs and “don’t spend a penny more than needed on tax”. The fact that Syz is family-owned gives it credibility when providing financing to these companies, he says.

As with any family business, speculation is rife as to who will succeed Mr Syz. His withdrawal in 2019 from day-to-day management of the bank and the promotion of both his sons, Marc and Nicolas, to key roles was widely seen as the first step in the group’s succession plan.

But Mr Syz gives little away, noting that both sons enjoy their current roles. “[They] might decide that they don’t want to run the shop [ . . . ] I think they are both leadership material but time will tell.”

He chose a non-family member, Yvan Gaillard, to take over when he stepped back as CEO of Syz’s bank unit. And he distances himself from claims of nepotism, pointing out both sons cut their teeth outside of the group.

Though Mr Syz insists the dynamic is nothing like the one portrayed in Succession, the hit HBO TV series about feuding siblings battling to take control of the family business, he admits his sons are competitive. They once had ambitions to become professional skeleton riders, having picked up the winter sliding sport in the Alpine resort of St Moritz.

Not that the energetic Mr Syz, who practices skeleton in his spare time too, has any imminent plans to retire. “I feel pretty young and can keep doing this for another few years.”

Mr Syz started his finance career at London-based investment bank SG Warburg, where he worked under industry veteran Consuelo Brooke in the asset management division. He says Ms Brooke, one of the few female faces at the bank, convinced him to stick with finance.

“I learnt so much from her and have the utmost respect for the way she was able to position herself in what at the time was an entirely male-dominated industry,” he says.

In 2019 he appointed his wife Suzanne, a high-end jewellery designer, to Syz’s board to bring a greater female perspective to the company. He adds it was necessary to choose a family member to make sure the group’s main shareholder was represented in the event that anything happened to him.

He and Suzanne are quite the power couple. They own a vast art collection that they display in their Geneva home and lend to museums, including pieces they acquired when part of the 1980s New York art scene.

Mr Syz’s socialite tendencies fit well with his job looking after clients and sounding out family businesses to invest in. With the coronavirus pandemic having brought in-person meetings to a standstill, he is eager to get back on the road in 2021.

But he says the digital interactions that became the norm in 2020 will continue. “[During the pandemic] we actually got closer to clients because the frequency with which we interacted with them increased. Once that change has happened, it’s very hard to go back to what you did before.”

1984-96 Launched merchant banking company for Lombard Odier; member of the management board 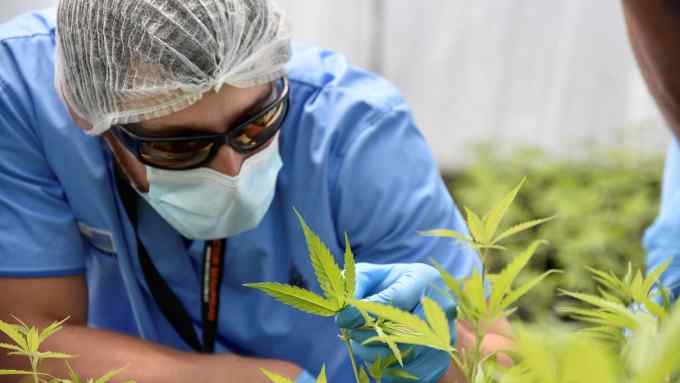