Exchange traded funds are heading for yet another record year. The low cost, mostly index-tracking, funds attracted $659bn of inflows in the first six months of 2021 compared with the record-breaking $767bn in 2020 as a whole. By now, that record is already likely to have been shattered. The figures provide more evidence that ETFs have been one of the most successful financial innovations of the past few decades. It is success enjoyed not only by ETF managers, helping Vanguard, State Street and BlackRock to become financial behemoths, but also by their clients. Investors have saved in aggregate millions of dollars in fees compared with more expensive structures.

The ETF’s success partly represents the triumph of passive over active investment, in which funds simply try to match the performance of the market instead of trying to beat it — reducing the cost of management services that, often, give little back in terms of outperformance. It has become a cliché that very few active managers actually beat the market and, in an era of low interest rates and seemingly inexorably rising equity markets, many investors see the benefit of saving a few basis points of fees rather than seeking out the small group of superstars.

But the more fundamental innovation is the structure of the funds, in which certain “authorised participants” can create and redeem shares in the fund themselves. Allowing these market makers to redeem the shares not in cash but in kind — based on the assets included in the fund — makes it cheaper as well as easier for investors to trade them. The market makers, often high-frequency traders themselves, make their profit by taking advantage of small discrepancies between the prices of the ETFs and the assets they are supposed to track, rather than taking a fee.

This has potential beyond just index tracking, as many active managers are now demonstrating. Regulatory changes have meant that more are using the ETF structure rather than a more traditional mutual fund to lower costs — creating “actively managed non-transparent ETFs” which can use the same “authorised participants” to trade but without having to disclose the fund’s holdings.

Similarly, institutional investors and hedge funds are using ETFs as a means of trading cheaply: the performance of the funds during the market downturn that accompanied the start of the coronavirus pandemic has allayed concerns that they may exacerbate a market panic or leave investors struggling to get their money back.

Still, there is a risk of complacency. It is close to an iron law of finance that innovation is followed by crisis. There are many potential triggers of trouble: synthetic funds that are really the debt obligations of banks; commodity funds that roll over futures contracts and found themselves caught out last year when oil prices briefly turned negative; or the leveraged funds that, if they were packaged differently, consumer regulators may not have deemed appropriate for retail investors.

For systemic regulators, a good rule of thumb is that the red warning lights of potential financial instability should flash either when leverage is involved or particular institutions are getting too large. Two red lights are flashing over ETFs. One does not need to take a particularly cynical view of the big providers to be concerned about such a small number of companies having such a large influence on shareholder votes and boardrooms. Regulators, too, should be looking closely at the authorised participants who trade trillions of dollars annually on behalf of ETF investors. 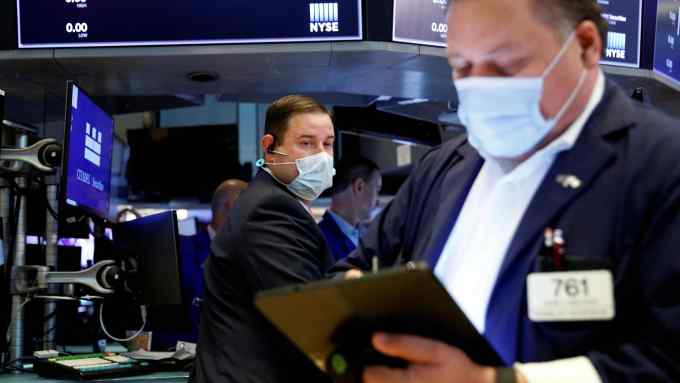