Tom Broughton is hopping from foot to foot, wired with excitement of the kind born from finding a solution to a particularly annoying problem. For the CEO and founder of glasses-maker Cubitts, it’s having discovered a way to enable more people to wear frames that look good and fit perfectly, for a price that isn’t “egregiously expensive”.

Broughton is no stranger to disrupting the glasses market. Cubitts’ vertically integrated design, production and retail model has meant that, since 2012, it has offered statement frames with prescription lenses from £125 – significantly below the cost of most designer frames alone. Broughton laughs off the “hipster” style tag, but the brand channels the most authentic and admirable of that tribe’s values. Fans include Madonna, artist David Shrigley, Helena Bonham Carter and, for tech cred, Deepmind founder Demis Hassabis.

But Broughton has always had a bigger ambition: to make sure every frame fits. “While most people know what shoe or waist size they are,” he explains, “if you ask what size spectacle they wear, they have no idea.” His survey of 1,000 glasses-wearers in April revealed only 17 per cent researched measurements and sizing when buying glasses; 54 per cent simply opted for trial and error. Everywhere he looked he saw people wearing ill-fitting frames. Most glasses list three basic measurements on the inside arm: lens width, bridge width and temple (arm) length. But this is a crude analysis. Two centuries ago, opticians would take “16 to 18 measurements of the head and face to fit a pair of glasses,” says Broughton, “Now, most of us simply pick a pair that look good straight from the shelf. The idea of saying ‘I like that shape, I want it in a different size’ doesn’t exist.”

Many of the 48.5 per cent of people in Europe and 75 per cent in the US who wear glasses may relate to the frustrations of having a face shape that doesn’t fit frames designed for western-Caucasian features with high nose bridges. Others might find themselves repeatedly pushing their frames back up on their nose, or with headaches from arms that pinch. In addition, “the disabled are particularly poorly serviced,” says Broughton. “All frames have been compressed into commercial ones that sell. And that always struck us as wrong.”

Bespoke glasses have always been a core part of Cubitts’ offering, but the costs, from £725, “didn’t really seem right to us,” says Broughton. Four years ago, the idea of AI bespoke glasses came into focus. “I was looking around some of the old shoemakers – Crockett & Jones, Church’s – and was really taken with the last room with all the wooden lasts inscribed with names like Prince Charles and Samuel L Jackson. A lightbulb went on: why doesn’t the last of a human head exist? Digitally? Once you reach adulthood, your bone structure stays the same, so you only need to do those measurements once.”

Broughton’s quest to produce made-to-measure spectacles to submillimetre precision was spurred on by a grant from Innovate UK. Then, in 2017, the iPhone X launched with an innovation that catalysed the process of facial scanning and 3D printing: its TrueDepth camera system for enabling facial recognition. Other models and brands followed. It eliminated the need for Broughton to create his own 3D digital-modelling program, and allowed him to build an app using the phone’s integral capabilities. The latest iteration of the project, Heru (named after the “eye of Heru”, the Egyptian god of protection), was born this month in app form.

“It means we can make the made-to-measure process available to anyone who has one of these phones, anywhere in the world,” says Broughton. Customers scan their head, choose from a library of frames, customise them, input their prescription, and the glasses are 3D printed – a process made simple because of the integrated structure of the company. Reduced consultation time, manpower and hand-craftsmanship means “crushing” the price of bespoke to £250, the cost of many off-the-shelf designer frames.

Ultimately, says Broughton, the dream would be to hook up with an online vision test to create an end-to-end process that can be done remotely. But, as yet, there are only a handful of startups around the world that can dispense online prescriptions, and only to a geo-limited clientele – such as Easee, for those in the EU. UK-based glasses-makers such as Cubitts are required to accept GOC-approved sight tests that have checked vision as well as eye health, even for the 30 per cent of Cubitts clients who are international.

But the landscape is changing. A new smartphone app, Okko Health, allows individuals to monitor vision and assess eye health at home. Meanwhile, a 2018 study conducted by Moorfields Eye Hospital and DeepMind Health found the accuracy of an algorithm for spotting more than 50 sight-threatening diseases to be on a par with clinical experts, giving 94.5 per cent accurate referrals. So we’ll just have to wait and see…

READ MOREThe eyes have it: the FT guide to sunglasses, spectacles and beating screen fatigue
Consider the optics: how to choose men’s sunglasses 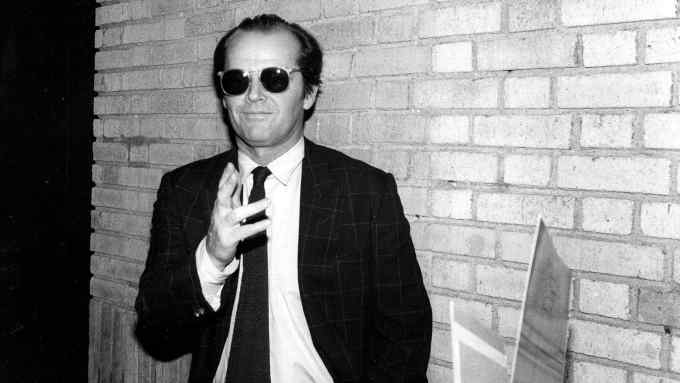