‘Co-working’ hit difficulties elsewhere but could it be a good fit for the continent?

On the eighth floor of Fedha Plaza, a midsized office block in the Westlands area of Nairobi, several companies share an 80-seat office space.

On one side, Moove, a Nigerian start-up that helps Uber and boda-boda motorbike taxi drivers finance vehicles, has taken a compact glass-walled office as a first step in its foray into Kenya.

On another, analysts from Sagaci Research, a pan-African market research company, work in a smallish unit with a view of the revolving restaurant above the Movenpick hotel. In a third unit, an employee of Eskimi, a Kenyan digital advertising agency, taps at her keyboard while a colleague conducts a video meeting next door.

Co-working spaces are now well established in many African capitals. Most combine shared spaces and hot-desking stations with soundproofed offices, video conferencing and boardroom facilities. They offer technical support and, increasingly, packages that allow customers to use co-working spaces in different locations in the same city, or in others across the continent.

Amon Mwadime, country manager at Sagaci, explains that, after two years working at home, the idea of a shorter lease in a co-working space made sense as employees gradually got back to the office. His company chose AfricaWorks — which made the FT/Statista list of fastest-growing African companies at number four — partly because of its pan-African offering, which matches Sagaci’s presence in 10 African capitals.

AfricaWorks has offices, mostly twice or three times the size of the relatively modest 460 sq m Nairobi space, in nine African cities, with Johannesburg and Addis Ababa the most obvious gaps. It intends to add locations in Dubai, London and Paris to cater for those travelling from Africa. Sam Imende, chief product officer and east Africa managing director, says it aims to reach 100 offices in 25 locations over the next four years.

For Sagaci, using a co-working space eased the return to work after a bruising Covid lockdown when the staff was cut from 30 to 10.

“Instead of looking for a new office, we thought this was better,” Mwadime says. “We don’t have to pay for electricity, internet, water or the shared kitchen.” His only quibble is limited free parking. Sagaci is building back its headcount, he adds. “The way it is working, I said, if we are to grow, we can always take two spaces.”

Co-working spaces have proliferated in Africa since 2010, when Adam Neumann’s WeWork brought the concept to the world — before nearly destroying it in a blaze of hype and over-reach.

But, in African cities, where office rents can be expensive, the quality variable and the contracts inflexible, the idea took hold. In South Africa, Cape Town Office, founded in 2011, set the pace. Others, such as 7AY Co-working in Rabat, Morocco, followed.

“We’ve seen a lot of these co-working spaces come up,” says Seema Dhanani, Kenya head at UK development finance organisation British International Investment. She cites Nairobi Garage, which has four locations in the Kenyan capital, and notes that co-working, as well as saving rent, can help the cross-fertilisation of ideas, especially for start-ups: “It’s about open-plan hubs where you all share a desk and canteen space and that’s how you collaborate.”

Having multiple locations in the same city — Nairobi Garage has them in Kilimani, Westlands, Karen and Spring Valley — also means tenants can beat the traffic congestion of some African cities by dropping into the nearest space and hot-desking, rather than being tied to one office, Dhanani adds.

AfricaWorks now aims to attract multinational tenants with a “One Africa Pass” offering. “We are pushing a pan-African business community [and] trying to attract businesses looking for multiple locations,” says Imende.

In open-plan hubs, you share a desk and canteen space and collaborate

AfricaWorks started life as an offshoot of Haussmann Africa, an office fit-out company in Kenya, when founder and chief executive Greg Schwebig saw an opportunity in co-working spaces. The first opened in Abidjan, Ivory Coast, in 2019. Haussmann is currently being rebranded as AfricaWorks Studio and continues to design and refit offices for third parties (recently Total and Sinopec in Uganda) as well as its own.

Schwebig, a former investment banker with long family connections to Africa, says the business is well suited to Africa, where teams tend to be quite small and the business environment is unpredictable.

“Doing business in Africa is not easy and, therefore, there is even more value for our members to offer them a one-stop shop solution that allows them to focus on their core business as opposed to being distracted,” he says.

He adds that his company avoided the cash-hungry strategy of always leasing property directly — a mistake others made — but instead entered joint venture arrangements with property developers. 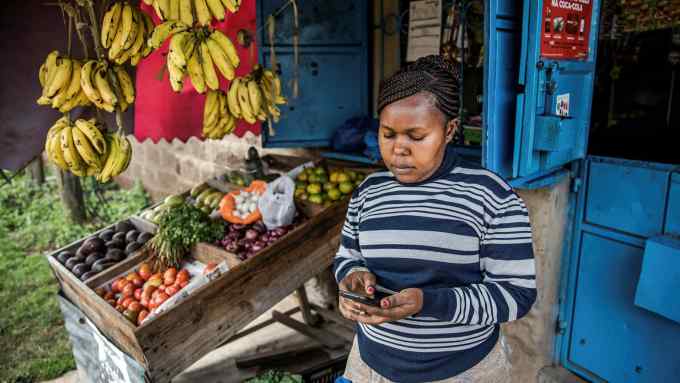