Listings for groups expelled from the US are keeping lawyers busy

China’s biggest stock market listing in a decade — China Mobile — has, in some ways, been an unexpected success story. Its public share offering, in January, was significant not only for the amount of cash raised, but also for accelerating investment flows between China and the rest of the world.

However, in raising Rmb48.7bn ($7.5bn) on the Shanghai stock exchange, the world’s biggest telecoms operator by subscribers was making something of a comeback — having been kicked out of New York markets, under US government sanctions targeting companies with alleged military links.

Since that homecoming listing, China Mobile’s share price has risen by about 10 per cent — a rare feat in a falling market. And it is more impressive still given China Mobile’s offer price, of Rmb57.58, had been at a 40 per cent premium to the closing price of its Hong Kong-listed shares.

Such a variance in valuation is not uncommon for secondary listings in mainland China, because of the relatively closed nature of the market. Still, the unusually wide gap signals continuing demand for shares in Chinese companies that were once off limits to mainland investors.

[China Mobile] has opened the path for other Hong Kong-incorporated companies to at least say, ‘Hey, it’s do-able’ . . . and have a playbook

China Mobile’s Shanghai listing has done more than deliver fat returns, though. “It has opened the path for other Hong Kong-incorporated companies to at least say, ‘Hey, it’s do-able’ . . . and have a playbook,” says Kay Ian Ng, managing partner of Sullivan & Cromwell’s Hong Kong office. It has acted for China Mobile on deals and compliance matters since it listed on the Hong Kong exchange in 1997.

The firm had to navigate several regulatory challenges arising from both mainland China and Hong Kong and conduct extensive legal due diligence, with few precedents to help.

Stamp duty is . . . [one of a] number of quirky things lawyers worry more about than business­people

“A number of matters required operational thinking,” says Ng, recalling the deal. For example, stamp duty would normally be due on all transfers, but the lawyers were able to achieve a waiver.

“Stamp duty is a lot of money, given the amount of trading on the stock exchange. [This is one of a] number of quirky things lawyers worry more about than business­people,” he adds.

Cnooc (China National Offshore Oil Corporation) — the country’s biggest offshore oil and gas producer — is another example of a successful homecoming listing. It raised Rmb28bn as its shares surged on their debut in April. Like China Mobile, the company had been expelled from the New York Stock Exchange last year and labelled by the US as a security threat.

But such labels mean little in the Chinese stock market, where retail investors have more clout. “Mom-and-Pop” shareholders hold around 80 per cent of all locally listed stocks and account for nearly 90 per cent of daily trading volumes.

As a result, shares in China Mobile — a household name with a 60 per cent domestic market share — were in exceptionally high demand. Until now, mainland Chinese investors had large­ly been unable to access the shares of Chinese companies listed in the US. “The attraction is to align your customer base with your shareholder base,” observes Ng. That part­ly explains the higher valuation Chinese companies enjoy when making a homecoming listing. China Mobile now has a market capitalisation of more than $140bn; in New York, it had been valued at $110bn in 2020.

Listings of this size by leading Chinese companies were initially concentrated in the global hubs of Hong Kong and New York, until political factors in the latter market — including the blacklisting of Chinese companies and the imposition of more stringent audit requirements — began to encourage homecoming listings. Now, global investors, seeking strong returns and dividend yields — more than 7 per cent in the case of China Mobile — are following them.

That is helping Beijing to achieve its longstanding goal of attracting more investment flows to the mainland.

In 2014, it launched the Stock Connect scheme, allowing investors in Hong Kong to buy mainland Chinese shares, and vice versa, more freely — partly opening up trading between the two markets. A further Shanghai-London Stock Connect scheme was set up in 2019, to attract London-listed European companies and funds to the mainland markets, and expand offshore links to the mainland. Only a few Chinese companies have joined, however, and foreign companies have remained wary.

So, this year, Chinese regulators are expanding the scheme’s scope and scale into Europe, revising regulations to allow companies in Germany and Switzerland to sell new shares and raise funds from investors in mainland China.

Lawyers enabling these investments must anticipate broader geopolitical challenges, though.

Following Russia’s invasion of Ukraine, China potentially faces US sanctions if it supports Russia, which could expose businesses to secondary sanctions. Separately, the threat of US delistings for Chinese companies because of a clash over audit laws remains.

It is already leading to a steep discount for Chinese stocks listed in the US, as Beijing’s bans on foreign access to audits have prevented compliance with US regulatory demands — although there may be flexibility on this soon.

Conversely, Chinese laws that can hold executives of public corporations personally liable for their company’s actions may add to wariness over listing on Chinese exchanges.

[Wealth Management Connect ] is going to have a big impact because of the low regulatory approvals required, which will save time and costs

Opening up, however, remains a key policy for Beijing. One of the government’s goals is for the renminbi to become a global currency. Relaxing regulations and removing limits on foreign investors and companies are both crucial for this to happen.

In the short term, the biggest potential for a boost in investment may lie in the Wealth Management Connect scheme, which allows mainland investors to buy Hong Kong and Macau bank products. This “makes it a lot easier for fund houses to offer products, and for investors to buy”, says Alwyn Li, a partner at law firm Deacons. “It is going to have a big impact because of the low regulatory approvals required, which will save time and costs.”

But its effects will become clear only once travel restrictions in the region recede. Until then, successful large listings, such as China Mobile’s, will still play a critical role in keeping the mainland market attractive to companies and investors. 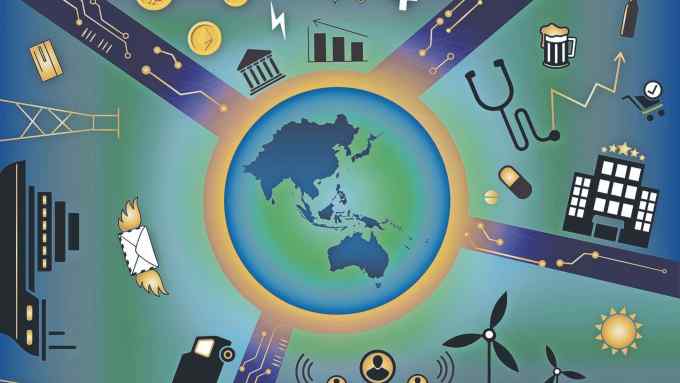