Lawyers should expect career changes and more working from home

A lack of pen and paper may seem like the least of a lawyer’s concerns in the 21st century. But for the Asian firms plunged into the coronavirus pandemic this year, an inability to sign documents in person was one example of the unique kind of headache slowing them down.

The pandemic has exposed persistent inefficiencies in law firms’ traditional ways of working, which look increasingly out of place as digitalisation takes hold, and triggered a rethink on expensive overheads, such as offices, now weighing on cash-strapped firms.

In some cases, the most important innovations for law firms involve a reworking of available technology. Rajah & Tann launched automated digital invoices within weeks of the onset of the pandemic and established a new platform where clients can confidently sign contracts electronically for the first time.

Although e-signing is readily available to lawyers, they have been cautious to trust it for their most vital work and the most important deals are signed in person. That luxury disappeared when executives could no longer meet in rooms to hammer out contracts and signing documents became a hazard.

“When we [all] return to the office, picking up a pen and paper and signing something is going to be the unnatural thing, [as opposed to] signing something on a screen,” says Rajesh Sreenivasan, head of Rajah & Tann Singapore’s technology, media and communications practice.

In the city-state, a range of mundane everyday activities quickly became impossible when firms were given a few weeks at most to prepare for lockdown. Mr Sreenivasan says secretaries were seen hauling desktop computers home in order to be able to continue working because of the difficulty of hooking large printers up to remote systems. Rajah & Tann set up a new online platform to give support staff access to legal matters in order to get around the problem.

Firms also woke up to the unnecessary burden that expensive, glossy offices in central locations place on them. Those buildings, once a lure to clients and staff, have become an albatross round their necks as rents collide with reduced revenue. Now firms are considering more permanent remote arrangements.

Rajah & Tann had sought to shift its staff to a remote working culture before the pandemic through its “open office” initiative, which included scrapping partners’ coveted rooms in favour of open-plan working.

“It meant that we had a fully mobile system, [before the pandemic]”, says Mr Sreenivasan. “At the moment we still allocate some space to partners but over time that will go away too,” he says, acknowledging some of them are “resistant” to the idea.

Hamilton Locke, a young Australian firm with revenues of about $14m last year and 16 partners, outsourced its back office to law company Elevate and works from just a handful of offices. The majority of its lawyers work from home most days of the week.

Nick Humphrey, managing partner, says “very big back offices on the premises, marble foyers, lots of meeting rooms, every partner having a secretary . . . is a bloated structure.”

The experience of working remotely has shone a harsher light on the fragmented way in which lawyers and clients communicate with each other.

Lawyers are receiving at any one time a string of WhatsApp messages, emails, phone calls, texts and Gmail chat notifications, potentially all on the same matter.

Three law firms, including Rajah & Tann Asia, CMS and US firm Cooley have invested $10m in a start-up platform that they say offers answers to the risks and difficulties thrown up by remote working.

The platform, called Lupl, is a cloud-based system designed to synchronise everything connected to one project on a single platform including documents, general information and contact details for lawyers.

US-based Lupl, which is currently in beta-testing and set to launch in 2021, will integrate with legal departments, law firms and app providers in order to smooth communication between them.

The project was designed with general counsel from Skyscanner, the flight search engine, Deutsche Bank, and Unilever, the consumer goods multinational, among others.

It comes as law firms navigate the extra security and data risks attached to employees accessing files from multiple servers and devices, including their personal accounts, which creates the potential for security problems or data loss.

“There are so many different platforms we’re using [that] data is bound to get lost and you forget which lines of communication people are using,” says Rajesh Sreenivasan Rajah & Tann Singapore.

“There is a real need for a unified response — and even more so when people are also using their personal devices and accounts to get the job done,” he says. “It is incumbent on firms to deal with that.”

The partnership model at the heart of many global law firms, which pays out the bulk of profits to partners with a stake in the business, may also prove a strain in the crisis. Hamilton Locke is not a partnership but a legal company, with benefits that include being able to raise capital from third parties or to offer a suite of brands within one group.

The tendency for partnerships at the end of every year to pay out all the profit is “short-term thinking”, Mr Humphrey says, “because the partners at that time want to max out the profit for that time. We can take a longer view of things and allocate profits towards training, for example, and not just legal stuff but [training in strategy].”

Partnerships can raise money from partners in order to invest in new projects. However, a buffer created by lower lease obligations and the ability to reallocate capital easily to training and technology has been useful at Hamilton Locke during the crisis.

Like its much bigger rivals, the firm has been allocating cash to training its senior lawyers in different practice areas in order to be able to pivot towards busy areas of work in a downturn.

It is not an uncommon move among successful law firms. Large firms including Linklaters shift lawyers towards practice areas such as restructuring, as they have become busy while transactional lawyers have seen work decline. Rajah & Tann is considering training for its secretarial employees, after realising that widespread automation of its support staff could soon lead to job losses.

“Secretaries were a must-have in the past,” says Mr Sreenivasan, “and they still are a large part of [what we need].” But digitalisation is reducing the workload, he says, adding that the same is true of the accounting departments, which are “like mini accounting firms”.

Mr Sreenivasan says the firm does not expect its business support headcount to change, but with training, the secretaries may eventually take on new roles including specialised word processing and managing automation services. He adds that the firm is considering retraining support staff to become legal engineers, a role that is now critical to law firm operations.

“The technology that we implemented before has allowed us to pivot into the new way of doing business [post-coronavirus],” he says. 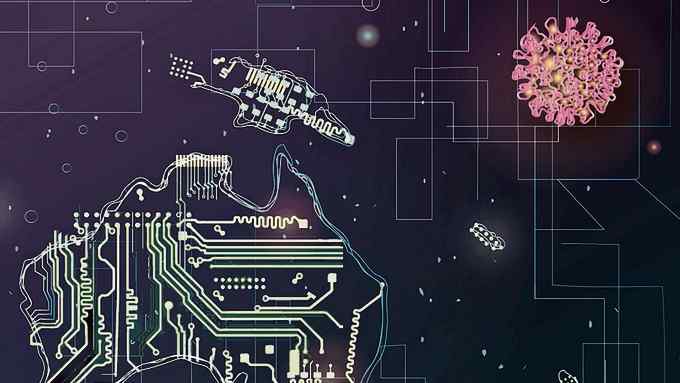