Renewables risk being a bolt-on rather than true energy substitute

“Energy transition” is a phrase that is used more often than it is examined. The idea is straightforward enough: the long shift away from fossil fuels and towards renewables and other forms of low-carbon energy, which is under way already and expected to continue for decades to come.

But it is an under-appreciated point that such a transition has no real precedent.

For businesses, investors and governments thinking about long-term energy strategy, particularly in terms of addressing the threat of climate change, history is a reminder of the scale of the challenge.

“There is this idea that we went from wood, to coal, to gas and oil, then to nuclear and now we’re going to renewables,” says Richard Newell, president of the think-tank Resources for the Future, who drew attention to the point in articles and a speech last year.

“If we look in terms of shares [of total energy supplies], then we do see exactly that. But that’s misleading when what matters for the environment is not the shares but the aggregate levels.”

He adds that “there has never been an energy transition”, in the sense of old fuels being replaced by more advanced ones. As each new energy source has arrived, it has been added to the ones already in use.

Coal, for example, is often depicted as a 19th or 20th century fuel, but the record years for global coal consumption were 2013-14. The rapid growth of renewable energy in emerging economies means it now seems unlikely that world demand for coal will grow rapidly in the future. However, the International Energy Agency expects it to be stable for the next five years at least.

This situation resonates with a well-known observation, often credited to former Saudi oil minister Ahmed Zaki Yamani, that “the Stone Age did not end because the world ran out of stones”.

The aphorism makes the important point that technological progress is more important than resource depletion. The Stone Age is indeed over, but the world is using more stone than ever. Global consumption of aggregates is more than 40bn tonnes per year, according to the UN Environment Programme.

The lesson for energy is that population growth, the rising living standards and technological progress create increased demand for resources.

Access to energy is distributed highly unevenly around the world. Almost 1bn people do not have access to electricity, and almost 2.7bn lack access to clean cooking facilities, according to the IEA.

Even people who have access to energy in emerging economies typically use much less than people in the developed world. In 2014, average energy consumption in India was about 640 kilogrammes of oil equivalent. In China it was 2.2 tonnes, in Germany 3.8 tonnes and in the US 6.8 tonnes.

If China and India were to raise their energy use to German levels, they would add more than 40 per cent to world consumption. Given those demand pressures, it is easy to see why future investment in renewable energy could add capacity on top of existing fossil fuel generation, rather than replacing it.

Tony Hayward, the former chief executive of BP and now chairman of Glencore, told a Financial Times conference on the energy transition last year that he expected renewables to provide half of Europe’s energy by the middle of the century.

However, he went on to say: “Outside of Europe it seems to me we have a very big challenge, in terms of the race for penetration [of renewables] versus the rate of demand growth [for energy].”

Other observers have similar views. Vaclav Smil, the renowned energy economist who is a professor emeritus at the University of Manitoba, has argued that the challenges facing wind and solar power, including the problem of sustained still and overcast periods in many locations, mean that the transition away from fossil fuels cannot be rapid.

“Turning from coal and oil to wind and solar . . . This is not a question of decades, this is a question of generations,” he said in 2013.

Yet if the world is to avoid catastrophic consequences from climate change, it cannot wait for generations. Climate Action Tracker, a research group backed by environmentalists and the German government, has calculated that without any policies to address the threat, the world’s greenhouse gas emissions would keep rising until at least 2080 or so, and global temperatures would rise by an estimated 4.1-4.8C by 2100.

There are, though, some encouraging signs of change. Mr Newell of Resources for the Future, observes that wind and solar power are now, at the right times and in the right locations, often the cheapest way to invest in new electricity generation and are becoming competitive against existing fossil fuel plants on price in more places.

Modern electric cars offer advantages in terms of acceleration, styling, noise and maintenance costs that for many drives offset any concerns about range and recharging.

However, those technologies are not catching on fast enough to put the world on a course that would keep the risk of global warming to acceptable levels.

The fact that there has never been a real energy transition before does not mean there can never be one. But if it is to happen, it will take a sustained effort from governments to drive it, say observers.

As Mr Newell puts it: “I would not count on technological innovation on its own to lead us in that direction, without a significant impetus from policy.” 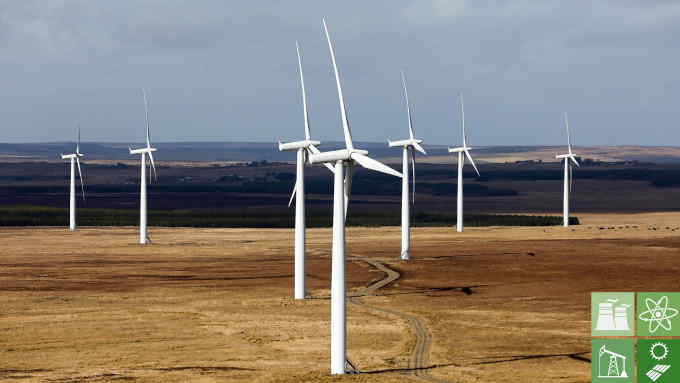