ONA, a small restaurant in Arès, a city near Bordeaux, has achieved every chef’s dream: it has won a Michelin star. What marks it out from all the other establishments to have won the award is that it is the first vegan restaurant in France to do so. In a nation famed for its love of steak tartare and foie gras, the coveted star is a recognition that vegan food can compete with the very best.

Only time will tell if ONA succeeds in the long term, but its triumph is a boost for plant-based gastronomy everywhere. Veganism has long been one of the most polarising topics in the food world, in particular in wealthy developed nations where diets are often centred on the consumption of meat. There it has struggled to shake off an image of unhealthy self-deprivation. Alternatives to meat-based dishes were often relegated to the far corners of supermarkets.

In reality, even before the pandemic spurred scrutiny of China’s wildlife trade and markets, global meat consumption in developed countries was showing signs of having peaked. Health scares, together with greater public awareness of sustainable consumption and the environmental impact of livestock rearing have been behind the slowdown. The UN’s Intergovernmental Panel on Climate Change in 2019 called for changes to human diets, estimating that the carbon impact of the food system accounts for up to 37 per cent of global emissions.

The Covid-19 pandemic — one catastrophic event — has focused attention on another potential catastrophe in climate change. David Attenborough recently added his voice to the warnings, urging people in a new documentary to cut back on meat eating to help guard against a loss of biodiversity. The planet, he said, cannot “support billions of meat eaters”. In the UK, the government’s climate advisers said in December that Britons would need to reduce their meat and dairy consumption by a fifth in just nine years to help set the country on a path to achieving net-zero emissions by 2050. The message is being heard — the annual global Veganuary challenge to eat only plant-based foods for a month has attracted a record number of people this year.

Changing patterns of consumption cannot happen overnight. Issues of food security and the impact on national economies will need to be considered carefully. Low and middle-income countries contribute 70 per cent of emissions from “ruminants” like cows, and 53 per cent from other animals such as pigs and chickens. There are also implications for the world’s biggest meat companies as investors focus on environmental and social concerns. 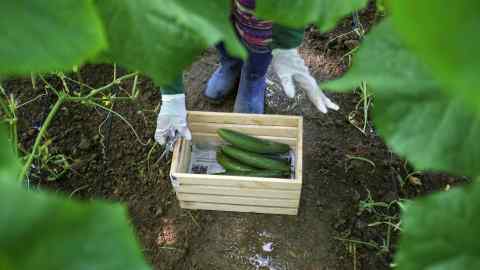 Some of the natural alternatives to meat are not without their own environmental costs. Soyabeans, used in plant-based meat, have come under sustained scrutiny for their impact on the environment. There are questions over the amount of water required to produce almond milk, a popular alternative to dairy milk. There is reason to be optimistic. A surge in the number of companies investing in alternatives to meat has increased the range of foods on offer. The successful initial public offering of Beyond Meat in the United States has boosted investment in the segment, which was one of the fastest-growing sectors in food and agritech in 2019. Singapore last month became the first country in the world to approve lab-grown meat.

Capitalism is often criticised for contributing to climate change. These developments offer hope that, through its ability to adapt to changing consumer tastes and societal trends, it could help to save the planet.

If almond milk is bad, then so is a Bakewell tart / From Jack Lenox, Lancaster, Lancashire, UK 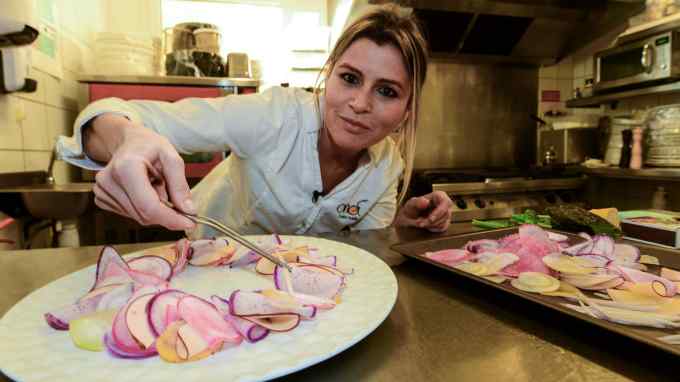