We’ll send you a myFT Daily Digest email rounding up the latest Things to do in Miami news every morning.

Putting a label on Dennis Scholl is difficult. The 62-year-old former lawyer is a kingpin of the Miami art scene, known for his tireless yet considered collecting and his philanthropy (in October Scholl and his wife Debra donated 200 Australian Aboriginal works to three US museums, including New York’s Metropolitan Museum of Art).

But few people in the art world know that Scholl also produces arts documentaries (in a casual aside, he mentions that he is the recipient of 11 regional Emmy awards). He has directed and produced films about Theaster Gates, Tracey Emin and Frank Gehry, and is currently working on his biggest to date, an authorised biography of Abstract Expressionist artist Clyfford Still. Produced in collaboration with the Clyfford Still Museum in Denver, it will be released internationally next year.

Scholl’s appointment as chief executive at the long-established Miami non-profit organisation ArtCenter/South Florida (ACSF), which is known for its studio residency and outreach programmes, took the city’s art community by surprise. But the move has been broadly welcomed. “His career has been this interesting Venn diagram of varying business and art entities, and now he’s in the centre, putting it all together,” says Miami-based art adviser Lisa Austin.

Scholl’s aims for ACSF are far-reaching and, crucially, artist-centred, in line with the institution’s founding ethos. Following the sale in 2014 of one of its buildings on Lincoln Road, the organisation has a sizeable endowment of $88m, which will fund resources for artists.

“We’re not just about providing studio spaces for artists,” Scholl says. “We must make Miami’s artists more visible on the national and international stage, and will award grants that enable artists to take their practice to the next level.” Local artist Adler Guerrier has received a grant enabling him to make works for a show next year at the California African American Museum in Los Angeles. “Dennis’s appointment will lead ACSF to hold a larger institutional presence in the art world,” Guerrier says.

How Miami thrives as a culture hub beyond the annual Art Basel Miami Beach event, which begins today, is a concern. Scholl points out, though, that under plans drawn up by ACSF in collaboration with Miami exhibition space Locust Projects, key art world figures are spending extended periods in the city. They include Trevor Schoonmaker, chief curator at the Nasher Museum of Art, and Nato Thompson, former artistic director of Creative Time. “They will give talks and, more importantly, do studio visits,” Scholl says.

Since the Scholls started buying art in the late 1970s, the couple have fine-tuned their collecting formula: find a niche, amass in depth and donate to a museum. The first two works they acquired were a 1960s Roy Lichtenstein silkscreen and a print by Robert Motherwell entitled “Brushstroke” (1979-80), which cost $157 (the auction record
for a painting by the artist stands at $3.7m). Over the next 10 years the pair amassed more than 300 prints; the collection currently numbers about 1,200 works. In 2013 they donated almost 300 works by artists including Liam Gillick and Zoe Strauss to the Pérez Art Museum Miami.

Success in the real estate field bolstered their finances — the Scholls renovated and sold 20 Art Deco properties in Miami Beach in the late 1980s — enabling them to move on to collecting photography-based work, scooping up key pieces by artists such as Barbara Kruger and Andres Serrano in the 1990s.

After 2000 Scholl decided he wanted to build a “movement-based collection” rather than one centred around an artistic medium. “So we went for conceptual works across all media,” he explains.

Bigger pieces required large-scale storage, so the Scholls looked for a substantial holding space, opting for a former gym in Miami’s Wynwood Arts District called World Class Boxing (they stuck with the original name). “We did around 35 exhibitions there, all drawn from our collection, and also started an active commissioning programme,” Scholl says.

World Class Boxing closed its doors in 2013. “I got burnt out in the contemporary art world” he says. “For me [it] had become too much about money and personality, so I wanted to take a break, but still wanted to keep collecting.”

Scholl had had an epiphany a few years earlier on a trip to Australia, when he spotted a few works by Aboriginal artists in the basement of the Art Gallery of New South Wales. The couple started buying work by contemporary artists such as Warlimpirrnga Tjapaltjarri, but moving into this relatively undeveloped market meant they were driving the sector. “We were the market for a few years. That made me uncomfortable,” he says.

So what next? The pair are completing their Aboriginal collection, which will tour in the next three years, and are also now buying postwar drawings by bankable names such as Donald Judd, Dan Flavin, Jim Dine and Michael Heizer. “We are still identifying parts of the market that are overlooked,” Scholl says.

He is cagey about whether the bulk of the drawings will end up in a Miami museum. “We are not prepared to say that,” he says. “But it is always our goal to build a cohesive body of work and then find an institutional home for it where it can remain available for the community to view in perpetuity.” 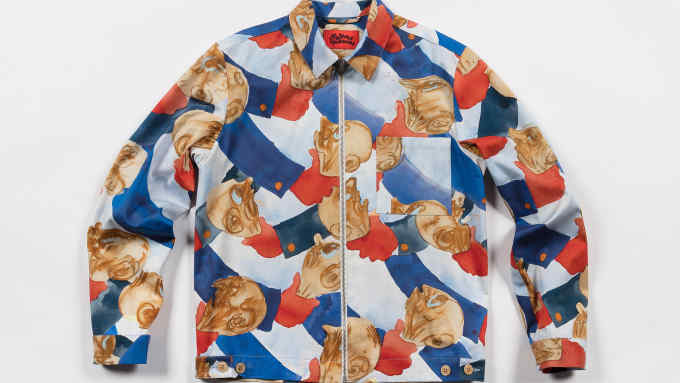