Russia leaves a trail of atrocities in Ukraine

Bodies lying in the street, many apparently shot at close range, some half-incinerated to try to cover up the traces; civilians in mass graves, their hands tied behind them. As with much else about Russia’s invasion of Ukraine, the atrocities being reported in Bucha, just outside Kyiv, call to mind some of the darkest moments of Europe’s history. More appalling still, they are being perpetrated on a nation president Vladimir Putin has insisted are “one people” with Russians. Indeed, these apparent war crimes are being committed against exactly the innocent civilians Putin’s war is supposed to be “liberating” from “Nazism”. Moscow’s claim that Ukraine faked the deaths is grotesque.

It is tempting to point a finger at the culture of brutalisation and ill discipline in the Russian army, with hazing or dedovshchina — violence and humiliation of new recruits verging on torture — still common despite supposed efforts to stamp it out. Young, scared and poorly trained conscripts are capable of savagery when panicked, but many of the abuses in Ukraine — mass killings and summary executions — show signs of being systematic. They recall similar “clearing up” operations, involving murder and pillaging, in Russia’s wars in Chechnya. Some Ukrainian officials allege Russian “killing squads” were involved in the violence around Kyiv.

Such activities may be designed in part to send a message to other areas of Ukraine, in order to break civilians’ resistance. They also chime with the ever more extreme tone of Russia’s vicious media propaganda, which is calling for what amounts to the liquidation of Ukrainian statehood. What is beyond doubt is that Russian atrocities extend far beyond the environs of the capital.

If the perpetrators are ever to be held to account, it is vital that as much evidence as possible is amassed now, while events are fresh. Here, domestic and international journalists and human rights groups are already doing valuable work; the EU has offered to send investigators and the International Criminal Court has opened a formal probe into alleged crimes in Ukraine. Open-source intelligence groups such as Bellingcat have made great strides in recent years in using communications, social media and other data to tie individuals to specific events.

Holding political leaders who ordered military offensives responsible, rather than just soldiers who committed crimes on the ground, may prove impossible in the short term. But experience — for example with some Soviet crimes during the second world war — has shown that when atrocities are catalogued and irrefutable evidence collected, future generations of leaders may one day admit responsibility.

There is a strong argument too for an ad hoc tribunal focusing on the crime of aggression. Though not successfully prosecuted internationally since the Nuremberg and Tokyo tribunals of the 1940s, such a course could potentially allow Russia’s ruling circle to be targeted by prosecutors for the “leadership” crime of devising strategy.

For now, democracies need to do more to squeeze Russia’s ability to finance its war. While Germany remains opposed to blocking Russian gas, the case for an EU embargo on oil and coal exports, as demanded by French president Emmanuel Macron, is becoming deafening. So is the argument for further arms shipments to Ukraine — despite Moscow’s threats to target deliveries. Pictures of burnt-out Russian tanks in Bucha show how effective such weapons are proving. Even before the war ends, however, work must begin in earnest to prepare to hold Russian forces and officials to account for their barbarities against a fellow Slavic nation.

Explore the series
READ MOREWar in Ukraine: free to read
Deglobalisation: will backlash against Russia lead to downturn in open trade? 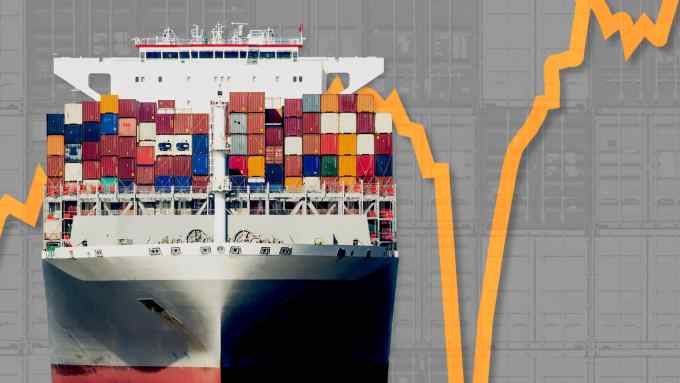