Thematic funds triple share of global investments in a decade

Thematic funds have tripled their share of the global investment market to 2.7 per cent of all equity funds in the past decade, as investors increased bets on trends from artificial intelligence to Generation Z.

More than $800bn is now invested worldwide in equity-based thematic funds following “dramatic” growth since the onset of the Covid-19 pandemic, according to Morningstar. This compares with just $71bn at the end of 2011, equivalent to 0.8 per cent of all equity funds at the time.

The stellar growth comes despite research suggesting US-listed thematic exchange traded funds often launch at or near the top of the market for their theme.

As a result, they have on average underperformed the wider stock market on a risk-adjusted basis by about 4 percentage points a year for the first five years of their existence, according to a recent paper.

“Some have delivered phenomenal performance, others have been duds [but] most thematic funds don’t beat global equities over longer periods,” said Kenneth Lamont, senior fund analyst for passive strategies at Morningstar.

Analysis by Morningstar found that “many thematic funds have chalked up impressive returns” since the start of the pandemic in March 2020. More than half of thematic funds outperformed the Morningstar Global Markets index in the three years to the end of 2021, it said.

However, the longer-term record “isn’t nearly as compelling,” Lamont said, with only 39 per cent of thematic funds beating the index over five years. In the past 15 years, more than three-quarters of thematic funds have closed, while just one in 10 survived and outperformed.

Ben Johnson, director of global ETF research at Morningstar, said “the issues plaguing thematic funds are by no means unique to them”, with survivorship and outperformance rates tending to be low for all types of active strategies.

Lamont said the lacklustre long-term performance of thematic funds was in part a product of them tending to have higher fees than non-thematic vehicles, creating a larger drag on returns. He also pointed to the weaknesses in a “hallmark of thematic funds” — an “on-the-fly tweaking of funds’ investment strategies as themes evolve”.

For example, the first thematic fund, according to Morningstar’s definition, was The Television Fund, launched in 1948 by Chicago-based Television Shares Management. It was designed to benefit from rapid growth in the industry, at a time when there were just 1mn TV sets in the US and colour TV was unheard of.

The fund expanded its scope in 1950 to become the Television-Electronics Fund and in 1970 broadened out further as the Kemper Technology Fund under a new owner, before eventually closing down.

After a brief and messy flirtation with internet-focused funds in the 1990s, the thematic concept took off in the 2000s with widespread adoption of ETFs, which boomed from just one in 2005 to 50 in 2010.

There were a record 589 thematic launches last year, according to Morningstar, more than double the previous record of 271 in 2020, taking the total to 1,952.

Assets tripled from $255bn to $806bn in the two years to the end of 2021, although inflows have slowed since peaking in the first quarter of last year, when the pandemic threw up new investment themes and gave an army of retail investors the time to trade them.

The fastest growth has occurred in Europe, with the continent’s share jumping from 15 per cent of thematic fund assets in 2002 to 55 per cent at the end of last year, with the US sliding from 51 per cent to 21 per cent over the same period.

Switzerland’s Pictet Asset Management is the largest manager globally, with $66bn of thematic fund assets, just ahead of BlackRock.

Ark Invest’s runaway success — at least until recently — allowed it to jump to fifth on the global list as of the end of 2021. However, it remained two places behind Japan’s Nikko Asset Management, whose largest funds in Europe and Asia repackage Ark’s own investment strategies.

Not everyone decries the rise of thematic investing, though.

Aniket Ullal, head of ETF data and analytics at CFRA Financial, said “previously a lot of fund selection was around performance: ‘let’s find the star fund manager who can beat the index’”.

Barring the odd exception such as Ark’s Cathie Wood, Ullal said he believed there had been a move away from the star-manager culture, with the growth of thematics “reflecting, at least in the US, a big shift” in how people viewed investment.

“Investing is now much more macro driven,” he said. “That can mean being in certain sectors, factors or themes. I personally don’t see an issue with thematic investing. In some ways it’s a more holistic way of investing.” 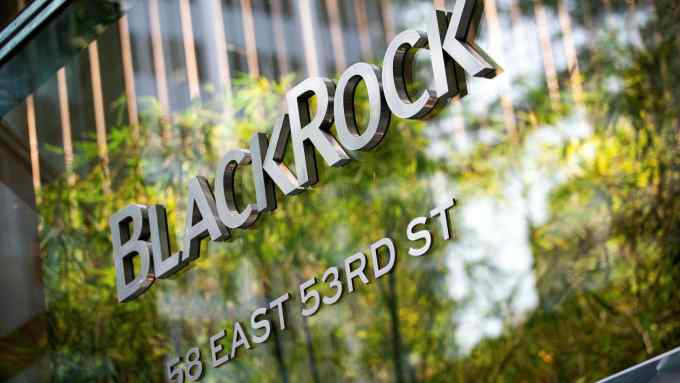