In a series on new academic research, a business school professor explores how we think about difference
Junko Takagi

Promoting diversity and inclusion in the workplace is an uphill effort. The Black Lives Matter movement has highlighted that training alone is insufficient to change professional behaviour. While many companies accept that diversity and inclusion are important and seek to promote them, it is difficult to change practices unless the business case is clear to operational managers.

The main reason is what might be called the “diversity and inclusion paradox”. Studies have shown that we pay more attention to ideas from people who are different from us than the same ideas from others who are similar. Absence of familiarity can make us more cognitively alert, although it requires more time and effort. Yet we do not necessarily attribute equal importance to people who are different from us as to those who are similar.

We learn in everyday life to simplify the complexity of our environment, which leads to prototypes (ideas about what a person or a behaviour “should be”) and stereotypes. These categorisations are often widely shared, and we tend to look for and see evidence that confirms and strengthens them. This is a fundamental cognitive process that allows us to live and operate in a potentially incoherent social environment — but it is also linked to discrimination.

I see this in the classroom when asking participants to name people they consider to be leaders and to describe their characteristics. Students and managers alike tend to cite men. This is true even of students taking elective courses on diversity and inclusion. Unless we are immediately primed to diversity, it is difficult to avoid this categorisation trap.

While the complexity of diversity can lead to heightened awareness and the possibility of us taking on new perspectives, it can also quickly be undermined by categorisation processes and stereotypes. Although we may understand the potential benefits of seeing difference, we have developed cognitive reflexes that operate almost instinctively and discriminately.

So while the business case for diversity is clear, we must train our cognition to capitalise on the benefits of diversity while avoiding the pitfalls of discrimination. In our research to explore this approach, we have examined how people with multicultural identities who have integrated two or more cultures navigate between them.

Studying more than 30 people, we found that they have an ongoing internal conversation around how they define themselves in relation to their environment. They have developed a cognitive complexity which helps them to adapt quickly to new situations, to be innovative in their actions and reactions, and to experiment with different behaviours and identities.

For example, one Anglo-French manager working in a French consulting firm was frustrated that a project that she had been assigned to was not getting the funding it required, despite her being told that it was important. She used a social event to activate her Anglo identity by sitting uninvited at the table of the directors of the executive committee so that she could promote the project to those who controlled resources. While she knew the French codes of behaviour that demand respect for hierarchy, she consciously applied British ones that permit greater informality. She understood the possible reactions and how best to respond: if the executives were upset, she could take on the role of the “ignorant foreigner” or deploy “English” humour. Instead, they were positively surprised, welcoming the exchange and opening up the possibility of challenging hierarchy for others in future. 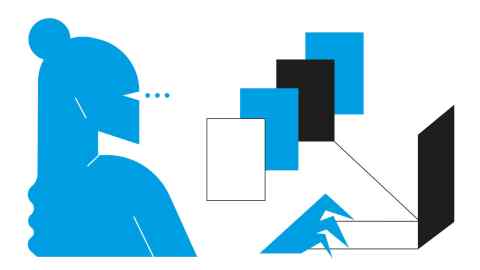 I use collaborative storytelling to help develop these multicultural skills. In a study I am conducting, students work in teams of four or five from at least three different national cultures, sharing traditional folk tales from their countries and then their perceptions of each other’s stories.

While some stories make sense to the teammates, others do not, or can be shocking or difficult to understand. The speaker explains why their story is well known at home and handed down the generations. The teams then work on bringing together the different elements to create a universal folk tale. By incorporating the divergent cultural elements, participants also integrate them into their cognitive system and are sensitised to categorisation.

Many businesses have implemented unconscious bias training that shows how we use categorisation and distinction in our daily lives and how our actions and decisions are influenced by these cognitive processes. The use of collective storytelling is a creative additional way to simulate the impact of different languages, experiences and world views.

The aim is to experiment with varied identities, take different points of view and play them out so participants question their own beliefs and assumptions and see new possibilities. For multicultural individuals, that is not always an easy or comfortable process, but we have seen that it offers potential for cognitive development — and for business innovation.

Professor Junko Takagi is chair of leadership and diversity at Essec Business School in France.