Move comes after US manager signals it planned to pull out

A major Taiwanese asset owner has decided to redeem its investment in a number of Vanguard’s funds and pre-emptively terminate a mandate with the US investment giant, after being informed that it planned to pull out.

Vanguard recently notified the large Taiwanese asset owner “via a letter” that it planned to wind down a passive discretionary mandate it had been entrusted to run, telling the institution that the usual contact points at Vanguard for the client were no longer available, a Taipei-based senior executive at the institution, who asked to remain anonymous, told Ignites Asia.

“We were all very shocked to know that Vanguard is going to stop running the mandate for us. The move forced us to rethink if we picked the wrong firm, which is supposed to be reliable,” the Taiwanese executive said.

“The window given for us to restrategise was very short and we weren’t offered any chance to raise questions,” the executive added.

“We think it’s a universal rule to treat your client well in order to do business sustainably, now we can no longer trust that the company sees us as its business partner. It appears Vanguard believes it can walk away anytime it wants,” the executive said.

“If you have a change of plan, you could have let us know ahead of time in order to treat your customer, who once trusted you, fairly. We used to trust the company. The most important thing in investment is trust. If there is no trust, there won’t be any future or business,” the executive added.

Having lost faith in working with Vanguard, the asset owner has decided to withdraw from the discretionary mandate portfolio agreement immediately and also effectively end its relationship by pulling out assets it invests in Vanguard’s retail passive funds, which are currently managed via the asset owner’s in-house investment team.

“We are in the process of shifting our passive portion away from Vanguard funds and switch to other providers’ products. It may take some time but we have already started,” the executive said.

The executive stated that the institution has “a sizeable” amount of assets invested in Vanguard’s retail funds.

But it also shows the difficulties the US passive fund giant is having in overhauling its regional business strategy and ending links with large clients without ruffling feathers.

Vanguard’s decision to end a number of asset owner relationships in the region has led to other global fund firms fielding calls from concerned institutional clients wanting to confirm whether or not they still plan to provide a stable service.

The Taiwanese institutional investor, which is one of the largest in terms of assets in the region and one of the most sophisticated for the way it works with global asset managers and is relatively transparent about its external managers’ performance and service, felt it had to ensure that a similar fiasco would not happen with other fund firms.

“We have reached out to other external managers to find out if they are going to have major business strategy shifts that might impair their ability to run portfolios for us. From what we have seen, the termination is likely to remain an isolated incident,” the executive said.

The Taiwan asset owner, which is one of the first movers in promoting sustainability and responsible investment in the region, “values corporate social responsibility highly”, which means it would rather not work with a company “that operates in a way that is not up to the CSR standards”, according to the Taiwanese executive.

Earlier this month, it was reported that Vanguard, the world’s second largest asset manager, would be closing discretionary accounts worth $21.6bn that it has run for China’s three largest institutional investors, namely China Investment Corporation, the country’s sovereign wealth fund, the State Administration of Foreign Exchange, its foreign exchange regulator, and state-funded pension the National Social Security Fund.

When contacted for a response, a US-based spokesperson for Vanguard told Ignites Asia that it was the company’s longstanding policy not to comment on individual clients.

“Vanguard believes our greatest future opportunity to help change the way the world invests is to focus on individual investors and the intermediaries who serve them,” the spokesperson added. 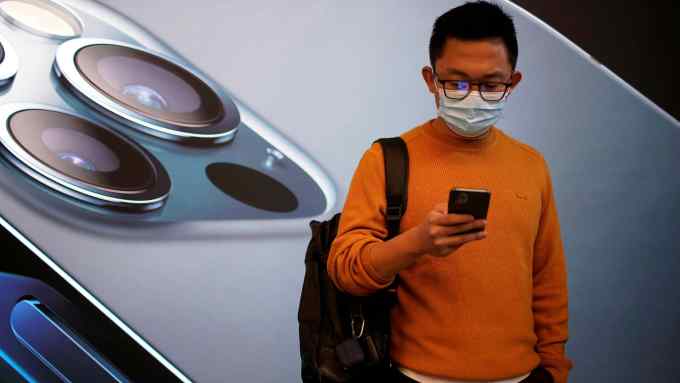