Top of the pot: the cannabis growers cornering the luxury market

Craft farming, terroir, tasting notes and appellations is the new language of getting high

It’s dawn on Alpenglow farm and a magical orange light is breaking over the ridgetop. In the valley below the ocean fog looks thick enough to walk on, but up above the plants are leaning into the sky. Fruit trees, herbs, lavender, kale and squash jostle for space. Farmers Craig and Melanie Johnson sip their coffee and “greet the plants” before their daughters get up for school. Last night they were up cracking seeds on the moon cycle for this year’s crop of “Coyote Blue”. It’s an heirloom strain, bred by Craig, deemed by cognoscenti to be some of the finest cannabis in the world.

We are in the Emerald Triangle, a trio of counties in northern California that have been honing the artisanal craft of sun-grown cannabis long before it was legalised. Growers are now earning recognition for the distinctions of terroir, climate and strain, and California state is awarding “appellations” to such growers just as it does for vineyards.

Further south in Sonoma County, the story is similar. Gardener Aaron Keefer – one-time culinary gardener for The French Laundry – is expecting his second harvest, which he intends to “set the stage for high-end craft cannabis”, this autumn. According to Keefer, while the Napa Valley wine industry is worth $2-3bn a year, he estimates that California’s cannabis industry is worth $13bn – “so all the innovation in techniques, tools and the way it is being grown” is heading that way.

For Jamie Evans, whose $150-a-head cannabis dinners in San Francisco are hosted by Michelin-starred chefs and sommeliers, this diversity of product is just what she needs. She likes to serve the buds first in a wine glass, so her guests can breathe in the plant’s fragrance and flavour before they taste the food. As we talk, she pulls a thick, flowering bud from a drawer, raises it to her nose and inhales, just as she would a glass of Napa Valley Cabernet Sauvignon. “Right away you can tell this strain is really complex, bursting with limonene – that really bright citrus flavour,” she says. “But also pinene. It has some sweeter notes like red berry, and some floral too. You can train your nose to identify different notes, like we train our nose to smell wine.” Evans would know – she used to host wine tastings at California’s premium wineries.

North America’s cannabis and cannabidiol (CBD) industry is growing fast, and as it does, the market is fracturing. At one end you have masses of pharmaceutically produced CBD, and at the other, a limited supply of high-end artisanal product. During the pandemic, when cannabis dispensaries were classified as an “essential service”, sales grew 46 per cent year on year to $17.5bn, driven by growth in the health and wellness industry and an increasing cohort of the “sober-curious” (mostly millennials, who are losing interest in alcohol) and the “canna-curious”. Canopy Growth, the first publicly traded cannabis company, is now worth around $12.6bn.

Meanwhile in Europe, where cannabis remains illegal but where CBD is flourishing, the firm Cellular Goods (in which David Beckham is an investor, thanks to its research around CBD and the treatment of sports injuries) floated on the London stock exchange in February with a valuation of £100m on the first day of trading.

The difference between cannabis and CBD is that cannabinoids on their own do not get you high. Companies like Cellular Goods synthetically produce the cannabinoids found in the plant and sell them to wellness companies. Hemp and cannabis craft growers see this as sacrilege. They believe the maximum benefit of the plant can only be achieved as a result of what they term “the entourage effect”, by keeping as much of the whole plant together – trace tetrahydrocannabinol (THC, the main psychoactive compound), terpenes (aromatics) and cannabinoids – as possible.

Joe Jernegan, a hemp grower in Colorado, will only offer his organic hemp plants to pure-play organic farmers. Cannabis, after all, is a weed, and will suck up everything from the environment around it: toxins, heavy metals and anything artificial added to aid its growth. “We’re in a struggle right now to prioritise wellness, not profit,” Jernegan says. “The pharmaceutical industry wants to make it a drug only they can sell by separating these cannabinoids. We are losing medical efficacy if we go that route. If we are going to prioritise wellness, we need to be using holistic methods and full-spectrum, whole-plant products.”

Jernegan is a key supplier to the New York CBD brand oHHo, which has coupled the entourage benefits of CBD with a distinctly elevated approach. “Cannabis is like wine or cheese – where it’s grown and how it’s grown matter, and depending on the terroir and the climate the outcome will be different,” says director Tim McDonald. The brand offers four oils from single-estate farms in Vermont, Colorado, Oregon and NY State, with tasting notes for each. It works with Blue Hills pastry chef Nicole Del Pino on CBD-laced pâtes de fruits; she has banished the hemp-y flavour and replaced it with ingredients such as rose petal, fennel and Earl Grey. The company has also created a vanilla and bourbon fragrance for its forthcoming sunscreen, and when it opened a shop upstate last summer to cater for all the fleeing Manhattanites, House of Hackney was recruited for the fit-out.

The recasting of the cannabis consumer from stoner on the sofa to yoga-mat-toting Whole Foods shopper is delightfully chronicled in Heather Cabot’s book The New Chardonnay. “California has led the demand for very high-end artisanal products, but it’s not just about how it’s grown but how it’s packaged and marketed,” she says. Cannabis brands cannot sell from state to state in the US, as each state has its own restrictions and regulations, but CBD became federally legal in 2018. The first “luxury” brand to ace this market was Lord Jones. “That idea of the Whole-Foods/Equinox-member – that was theirs from the beginning,” says Cabot of founders Robert Rosenheck and Cindy Capobianco; he ran a creative agency, she was a glossy magazine editor. “They were making this for their friends. It was all about luxury.” Lord Jones was quickly dubbed the Louis Vuitton of the CBD world. Sample packs made their way on to the front row of fashion shows, and less than three years after it was founded the company was acquired by global cannabinoid conglomerate The Cronos Group for $300m.

New brands follow in its wake: Canndescent, in its Hermès-orange packaging, promises to “empower adults to turn down the noise, unlock the moment and transform their lives”, and has named its five strains Calm, Cruise, Create, Connect, and Charge. “The average layperson doesn’t understand percentages of CBD and THC and why that creates a certain effect,” says Cabot, “so it’s smarter to market things in terms of sensation.”

Others noticed that cannabis was a world run by men for men, which ignored half the customer base. Garden Society pulled together a collective of female growers and now sells products including single-estate chocolate bars, which are packaged up as “hostess gifts”. Kikoko markets its canna teas with dress-up parties, where guests arrive in hats and gloves and drink cannabis tea from bone china. Then there’s event organiser Rachel Morgan, co-founder of Altered Plates; chef Coreen Carroll who supports Jamie Evans’s gourmet dinners; and Canada’s Sarah Best, whose “pot-friendly supper club, Dirt, connects top chefs, high-quality weed and adventurous eaters to experience cannabis through ephemeral, seasonally focused menus”. Gourmets don’t always need to eat out, though: high-end olive oils and other pantry products are carefully dosed by brands such as Pot d’Huile and Potli, allowing you to create a gourmet high in your own kitchen. Even Martha Stewart has a gummy line. When Seth Rogen launched his cannabis website, houseplant.com, in March this year, it crashed due to overwhelming demand.

But perhaps the buzziest of recent launches is Cann – a cannabis-laced sparkling tonic. Net-a-Porter founder Natalie Massenet was an early investor, citing its “fantastic branding and positioning”, and then came Gwyneth Paltrow, who believes “cannabis is the hero ingredient of the future”. Cann uses micro-doses to deliver a sensation akin to that of a glass of wine, but if it serves as a gateway to the “canna curious”, then the market for Alpenglow’s Coyote Blue can only grow. If luxury is about traceability, quality and craft, then many believe cannabis grown under the sun in good soil has the potential to be the most aspirational product.

Back on the farm, the Johnsons sometimes like to get high on their own supply. “It’s great for dinner parties,” says Melanie, “really buzzy.” “Often I’ll get to the end of the day and think, that was an amazing, beautiful day,” says Craig. “Then I’ll remember – oh, that’s right, I smoked this morning.”

This piece has corrected Aaron Keefer’s estimate of the value of California’s cannabis industry. 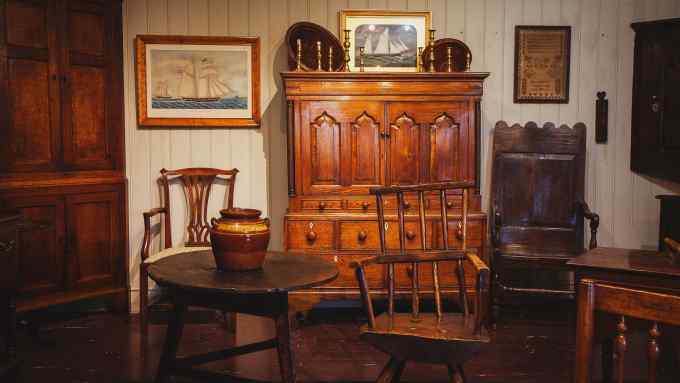