The jungles, urban or otherwise, to explore in 2022

Bauhaus chic in Tel Aviv or a biosphere wonder in west Africa... time to make your choice

A west African rainforest reserve that’s ahead of the game

São Tomé and Príncipe, the tiny west African island nation with the 1°N/7°E geo-coordinates, likes to say it’s the centre of the world. HBD Príncipe – which operates Sundy Praia and Roça Sundy lodges here – combines a for-profit ecotourism and agroforestry business with a philanthropic foundation; its goal, from its inception, has been to drive a low-impact experience tourism model that benefits the economy, community and environment in tangible ways. In four years, they’ve already made a huge impact, employing some 400 of Príncipe’s 8,400 residents, the knock-on effects of which benefit as many as five times that number. HBD Príncipe accommodations range from a rehabilitated plantation house to state-of-the-art tents; they’re very pretty, and you eat incredibly well (the, ahem, “centre of the world” location notwithstanding). Much of the country is primary native rainforest (among the most biodiverse in Africa), and Príncipe is in its entirety a Unesco-protected Biosphere Reserve. So it’s the experiences HBD purveys – from exploring architectural ruins to visiting marine reserves to hunting for new species in the canopy with naturalists – that set this outfit ahead of the game. hbdprincipe.com; €3,197 pp for a nine-night Discovery itinerary

Lisbon’s hotel scene is well established; so anyone proposing a new one here needs to have a vision, and a good narrative. The Ivens, which opened in December in the city’s elegant Chiado neighbourhood, has both. It’s named for the patrician street on which it sits, which is in turn named for the 19th-century explorer whose far-flung expeditions inform the extravagant decor of the public spaces – lounges and a crudo bar among them, with a subterranean jazz club in the pipeline. Tropical colours and jungle motifs are everywhere, from the jewel-toned glassware to the handpainted murals, while the 87 rooms and suites are by contrast light, white and serene. Even if you don’t stay, the Italian restaurant, Rocco, may well entice. theivenshotel.com; from €350

Get zen in the heart of Bangkok

Thailand and wellness go hand in hand, but most of its key destinations – from Chiva-Som to Thanyapura – are found outside the bigger cities. RAKxa, which opened in November, is right in Bangkok – albeit at the heart of Bang Krachao, known as the city’s “green lung”. It’s a fully integrated medical and wellbeing retreat, with 60 serviced villas and two residences for guests; programmes last anywhere from three to 14 days. Doctors – from osteopaths to aesthetic dermatologists – work alongside personal trainers, nutritionists, and bodywork therapists. There are hyperbaric, light therapy and cryo chambers, as well as good old-fashioned Thai massages. Guests benefit from produce sourced from Bang Krachao’s organic farms, which are some of Thailand’s best. rakxawellness.com; from $2,000 for a three-day programme

A tale of two vibes in Tel Aviv

Tel Aviv’s status as a cynosure of exceptional eating and drinking was secured years ago. Now the city seems set to become something of a hotel destination as well: those currently scouting or actively developing here range from Mandarin Oriental to Ori Kafri, he of the JK Place hotels in Rome, Capri and Paris. The city’s two newest addresses harness its appeal in different ways: The David Kempinski Tel Aviv, which opens this month in a sleek 34-storey tower right on the beach, is loaded with all the expected flourishes: rooftop pool and bar, 450sq m penthouse, major spa. It’s ideal for those who want their service and ambience to be conspicuously five-star. But we’re more intrigued by what R2M (aka Mati and Ruti Broudo, the lifestyle mavens behind the city’s forever-favourite hostelry/social scene, Hotel Montefiore) have been up to. R48, which is taking bookings from next month, is housed in a landmark Bauhaus building – a stunning, standout one, even in a city known for the architectural period – on Rothschild Boulevard, and has just 11 suites set over its four floors. Piet Oudolf has landscaped the interior gardens and courtyards; Christian Liaigre Studio did the enormous suites, which span all the natural palettes and exploit numerous windows and terraces to flood every space with rich Mediterranean light. kempinski.com; from about $550. R48 Hotel & Garden; from $1,500. 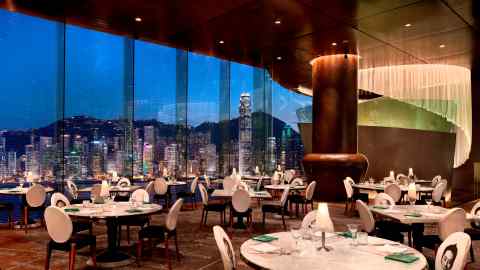