Banks are exploiting artificial intelligence to target individuals with products and third-party rewards based on their specific needs and tastes, as part of a broader effort to strengthen customer relationships by homing in on the “segment of one”.

Analysing customer data to set basic loan sizes and terms has become standard practice at most retail banks: they can dissect a user’s profile and recurring transactions to predict when they might want to take out an overdraft or insurance policy, for example. But some banks are starting to analyse customers’ ad hoc spending to offer discounts with retailers, restaurants and other partners that are tailored specifically to them.

As well as the cross-selling opportunities that analysing user data presents, banks also hope that personalised rewards via external partners will appeal to existing customers and help to attract new ones.

In July, Germany’s N26, a digital bank, relaunched its premium account to focus more on personalisation, and now includes discounts with third parties such as flexible workspace provider WeWork and online travel booking site GetYourGuide. These are being offered indiscriminately at first, but the aim is to tailor services to each individual once the bank has gleaned a clearer picture of take-up.

Meanwhile rival Revolut is in the early stages of developing a machine learning product to help customers budget. At present, users must set their own monthly spending limit on individual accounts within the app.

“It’s going to look at [your] spending over the last three to six months,” says Revolut’s head of marketing Chad West. “And it will be able to make projections on what you’ll be able to spend and save.”

That is something Spanish lender BBVA already offers customers via its Bconomy app, which incorporates the 50:20:30 budgeting rule. The concept is to spend 50 per cent of income on basic needs, 20 per cent on savings and use the remainder as disposable income.

By analysing historic transactions, the app can alert customers if they are likely to run short on funds that month and then suggest moving money from a savings account, take out an overdraft or some other type of credit facility.

The bank is trying to go further still by developing a tool that will present each user with a personalised version of the app, which would give prominence to the functions or insights likely to be most useful to that individual on any given day.

It is a trend that is set to play out across large swaths of the banking sector, according to a 2019 survey of nearly 800 banking executives by Accenture, the consultancy. “Digital demographics [ie segmenting users’ online behaviour] plus new flexible product configuration capabilities are getting banks much closer to the fabled ‘segment of one’, where products and services are tailored to the individual in real time,” the report said.

The high value of such intricate customer data has not been overlooked by Revolut. When it rolls out its Perks cashback deals — which include discounts on coffee, restaurants and travel — to its 7m customers from December, the company will initially fund the offers itself. But it hopes the rewards package will become popular enough that third parties will foot the cost of partnerships in future. “We would hope to take our data to those companies and gain user discounts,” says Mr West.

The widespread adoption of AI in this context, however, will rely on customer trust that personal data will be handled responsibly and ethically.

In July, the UK government’s Centre for Data Ethics and Innovation highlighted the potential of harmful “societal biases embedded in targeting criteria, algorithms and the data sets that underpin them”. In other words, there is concern that algorithms reflect the unconscious bias of the humans that build them.

For financial services companies, that could include setting credit limits based on a customer’s race or gender, for example. One potential solution, the report suggests, is to introduce a layer of auditing to evaluate how companies are using AI and handling data.

In the case of banks working with external partners, Accenture’s Mr Macdonald says the consultancy is not aware of any instances where customer data has been exposed. “The major publicly disclosed data breaches in the past few years have been from hacking activity, not from data release from the marketing or advertising data transfer process,” he says.

However, in the US, greater automatic processing of personal information has sparked a rise in the number of class actions concerning the misuse of data, says Kate Scott, partner at law firm Clifford Chance’s financial services practice, adding that the UK may be “on the cusp” of a similar trend.

Companies using detailed transaction information to feed algorithms could run into trouble, she warns, either through misuse of personal data regulations, or the “creative” breaching of rules around treating customers fairly when promoting products and services.

“Those claims are clearly possible and I think as there is a growing use of those technologies, we will see more of those types of claims,” says Ms Scott.

READ MOREFuture of Fintech
AI can streamline insurance claims — but at what cost? 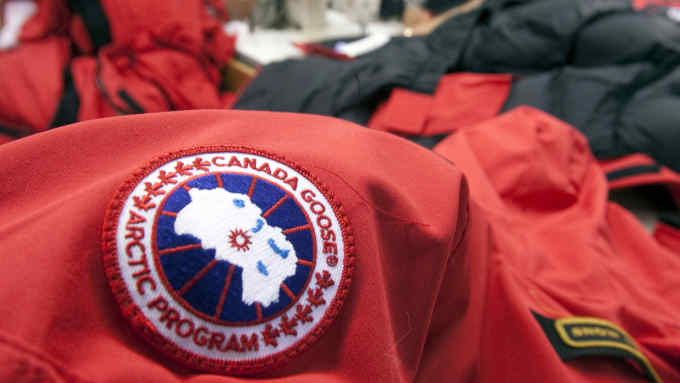