If you think the same, join us
FT Series Art & antiques
Collecting

A clear case for glass

Over the past 50 years, it has been ceramics that have made the arduous climb from lowly “craft” status into full artistic acceptance. These days, ceramicists can achieve full recognition as contemporary artists and their work sells for substantial sums, while artists’ ceramics of the past are also being reassessed and revalued.

Now it is the turn of glass. Once purely an artisan pursuit, glassmaking today is very much considered a proper art form and over the past 20 years has grown inexorably in variety, sophistication and imaginative reach. It’s attractive to collectors because prices are still relatively speaking affordable, and can begin fairly low — although a piece by the great Czech glassmaking duo Stanislav Libensky and Jaroslava Brychtova was sold in 2007 for $480,000. But then, their astonishing geometric works — exercises in light as much as in glass itself — can reach four metres in height and their pieces are to be found in the Metropolitan Museum of Art and other important collections.

The Libenskys had separately begun their experiments in glass as early as the 1940s but began working together after their marriage in the 1960s, at the same moment as in the US the Studio Glass movement was getting under way. Glassmakers such as Harvey Littleton, widely considered to be the “father” of the Studio Glass movement, Robert C. Fritz and others were then establishing the idea that glassmaking and blowing could be done in individual studios — rather than on the factory floor — and that unique, non-functional pieces made by a single artist could achieve the status of sculpture.

In fact the American glass artist Dale Chihuly, who began his career in the 1960s, describes himself simply as a “sculptor”. With his flamboyant creations — which include the mighty snakes’-nest chandelier that hangs in the entrance hall of London’s Victoria and Albert Museum, and the Yellow Chandelier in the Tower of David museum in Jerusalem — he claims to have unequivocally moved objects in glass “into the realm of large-scale sculpture”.

Studio glass has not only spread across the world but shared its name — it is now the usual term for all such pieces — and important centres for its making range from Seattle to Canberra. There are museums of glass across the world, and even a non-profit group for collectors and curators called the Art Alliance for Contemporary Glass, which promotes the art form in the US, and the Contemporary Glass Society in the UK.

New glassmakers are pushing the boundaries of the form as hard as they can. Mixing glass with other materials — cane, brick, metals, wood — creates dramatic new effects, and the cross-pollination of ideas and techniques between traditional centres and the new thinking is visible in the work of most of today’s artists.

Despite all this innovation, tradition remains all-important in this still relatively small world. Many contemporary glass artists were trained in one of a few historic centres — Venice, of course, or the Czech Republic with its centuries-old history of Bohemian glass and crystal, which could be hand-cut, painted, engraved — or in places that teach the same techniques. But they are then free to reject those traditions and experiment for themselves. Danish artist Trine Drivsholm, for example, was trained in Venetian-style glassblowing at Seattle’s Pilchuck School of Glass. But she says her work draws more strongly on her Nordic cultural background.

Drivsholm’s work was shown at last year’s Collect fair in London, which hosted six galleries offering studio glass. The rich studio glass scene in Scandinavia is also on display at Masterpiece online fair this week, where the work of Tobias Mohl, another Dane, can be seen at Adrian Sassoon gallery. Mohl also says that his work “is about using the Venetian techniques in a Scandinavian way . . . I have explored methods that break away from the traditional patterns to discover a new and more organic expression and style.” Mohl’s signature pieces include the “Nest Bowl” (2019), which mixes canework with blown glass, as well as multiple displays such as his 10-part “White Twill” collection.

Masterpiece also presents a chance to appreciate the full historic range of glassmaking. Roman and Hellenistic glass on sale includes a wonderful ring cast from light green transparent glass in Greece from the third-second century BCE (at ArtAncient). At that time, glass, with its light-reflecting properties, was a jewellers’ material as highly regarded as precious metals. There are 18th-century Venetian girondelles (lamp holders) in polychrome glass at Edward Hurst, and several galleries such as WW Warner antiques offer glass pieces dating from the 17th-19th centuries.

For both devotees and novice collectors, whether it’s the historic or the contemporary that attracts you, glass is a medium to reckon with. 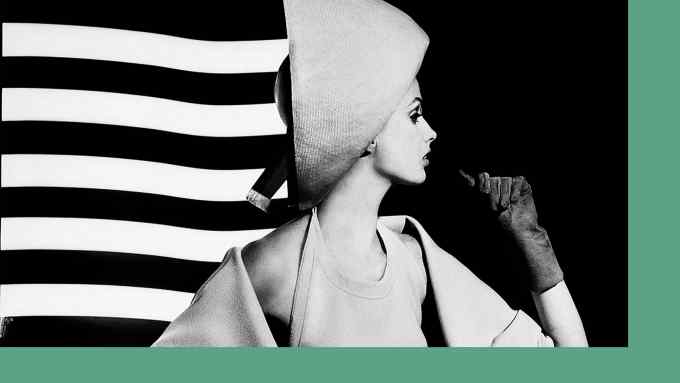