Louise Brown, the world’s first “test-tube baby”, was conceived 40 years ago when Patrick Steptoe and Robert Edwards fertilised her mother’s egg with her father’s sperm in a laboratory dish. In vitro fertilisation, the field that they founded, has enabled millions of people worldwide to overcome infertility and have healthy babies.

IVF has improved substantially since 1978 — for example through technology that injects sperm directly into the egg — but some forms of infertility remain untreatable. A couple in which the man produces no sperm or the woman has no eggs cannot have a baby without a donor.

Now science is pointing the way to more radical treatments for cases of infertility in which sperm or eggs are absent or too low in quality for today’s IVF techniques to work. Experiments with mice show that synthetic sperm and eggs can be created using stem cell technology.

The road to enabling men and women who cannot benefit from IVF to have children, will be long and difficult but the mouse studies suggest that this will eventually be possible.

The first successful creation of functioning mouse sperm in the lab was reported last year by the Chinese Academy of Sciences Institute of Zoology. Researchers converted embryonic stem cells, which can become any type of tissue, into immature sperm cells called spermatids. These were injected into mouse eggs, which were fertilised successfully. The resulting embryos, implanted in female mice, developed into healthy pups.

The experiment showed that meiosis, the special process of cell division and genetic rearrangement required to form germ cells (sperm and eggs), can be achieved in the lab by treating stem cells with a cocktail of chemicals and hormones in the presence of testicular tissue.

Having shown that the process will work with embryonic stem cells, the next step is to convert adult cells into “induced pluripotent stem cells” (iPSCs) which can then be turned into sperm. Researchers will have to develop the procedure further in animals, including monkeys, before thinking of applying it to men.

A similar achievement with synthetic mouse eggs was reported later in 2016 by Kyushu University, Fukuoka. The Japanese scientists converted mouse skin cells into iPSCs and then into eggs — again using a chemical cocktail in the presence of ovarian tissue.

Some of the synthetic mouse eggs were fertile too. When injected with sperm they produced embryos that grew into healthy mouse pups.

Of course successful childbearing is not just about conception. Many pregnancies fail through miscarriage or because the baby is born too early to survive. Research is beginning to identify the biochemical causes of recurrent miscarriages — and this year US paediatricians demonstrated an artificial womb that could sustain extremely premature infants, raising the survival chances of those born as early as 23 weeks.

The system allows organs — and particularly lungs — to develop more naturally than conventional incubators. Ultra-premature lambs (often used as a medical model for human foetuses) grew healthily for four weeks in the latest prototype at Children’s Hospital of Philadelphia.

The artificial womb is a plastic biobag filled with liquid that mimics amniotic fluid, which the foetus “breathes” as it would inside a womb. The foetal heart pumps blood through the umbilical cord linked to an artificial placenta, where it is oxygenated through a gas exchanger.

The Philadelphia system has developed through four stages over the past three years. The team believes a version adapted for human babies, born after 22 to 26 weeks gestation, could be ready for clinical trials within five years. Within 10 years, extremely premature infants could routinely be placed in an artificial womb for a month or so and then transferred to conventional incubators at 28 weeks.

Growing a foetus from conception in a synthetic womb is still science fiction. Depictions of artificial wombs abound in sci-fi, most famously in Aldous Huxley’s Brave New World, and are usually associated with dystopias. In reality, used sensibly under well-regulated conditions, such techniques could transform the prospects of babies born close to the limits of viability. 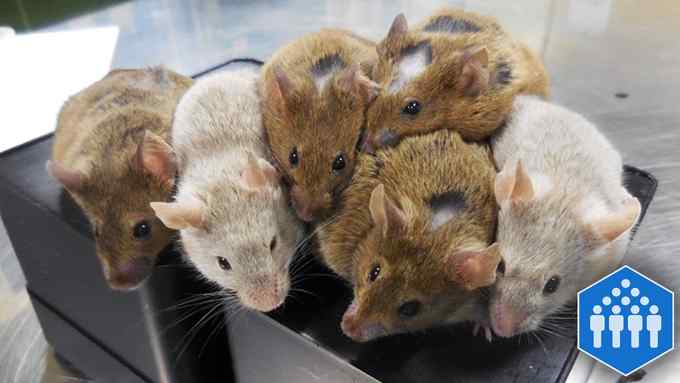