The botanical beauty of jewels

Leaves, buds, twigs and, of course, flowers have all been a major source of inspiration for artists throughout time. Early references of engraving, such as Jacques Caillard’s Goldsmiths’ Bouquet (1627), perfectly demonstrate how plants have for centuries provided creative stimuli in creating fine objects. Today, the connection between nature and various artistic disciplines – including paintings, sculptures, textiles and jewellery – is being explored at an exhibition at Les Beaux-Arts de Paris, which includes nearly 400 works spanning 3,500 years, along with 80 jewellery objects.

It’s a subject close to the heart of French jeweller Chaumet, which helped to realise the show and whose identity is deeply rooted in the botanical world; Marie-Étienne Nitot, the founder of the maison, described himself as a jeweller-naturalist, inspired by the beauty of plants and the mathematical organisation of their structures. But it was Chaumet’s connection to the Empire, and specifically Joséphine, first wife of Napoleon Bonaparte, that cemented this relationship. Her deep passion for botany led her to assemble an important collection of Australian plants; she also commissioned renowned botanists such as Étienne-Pierre Ventenat and Aimé Bonpland, and extraordinary botanical artists such as Pierre-Joseph Redouté, who illustrated her collection of tropical plants and roses.

As a trained taxonomist – a specialist in describing and naming the botanical world – and the current botanical director of the Majorelle Garden in Morocco, I was asked to curate the exhibition. First and foremost, I was influenced by the classification at the National Herbarium in Paris, one of the largest in the world, which has around eight million pressed and dried plant specimens from all over the globe. This concept places the plant and its identity at the centre of the exhibition, praising the crucial role that their shapes, structures and textures played for artists and creators throughout their careers. There is a diverse array of herbarium mediums – specimens, dried plants, labels, drawings, photos, engravings and watercolours – on show.

Jewels made from oak, ivy, seaweed, reeds, wheat, clover, iris, clover, peony and carnation are all presented; a beautiful orchid from Tiffany & Co, a chrysanthemum from Vever; and from Chaumet, too, there are pieces that mimic sublime flowers as well as thistles and umbels. These are exemplified in the maison’s nickel-silver models of brooches, tiaras and other jewels, developed to fit one-of-a-kind designs to a client’s exact dimensions, which explore a diverse array of botanical subject matter.

In each piece of art, the plant is central, represented in a very naturalistic fashion, and identifiable botanically. My highlights are Michel Garnier’s passionflower painting, created in Mauritius in 1801, and Henri Fantin-Latour’s portrait of a lily, from 1877.

As a metaphor for the growing impact of humankind on the living world, the exhibition also shows more domesticated and humble flora, including photographs by Ursula Schulz-Dornburg depicting ears of wheat collected by Russian botanist Nikolai Vavilov and glass plates of oat plants from the National Museum of Education in Rouen. 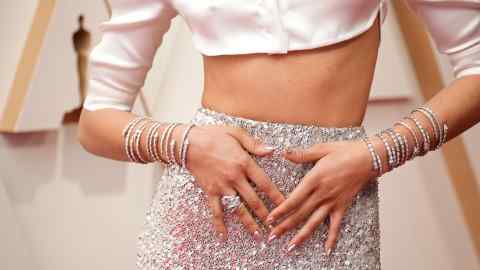 The final chapter praises the current concepts of biodiversity and inter-species networks. An impressive millefleur tapestry shows grapevines and irises, ferns and poppies, seen before as focused studies, now intertwined. Here also, the first and last human portraits appear, Spring and Summer by Giuseppe Arcimboldo, where human faces are made up of the same plants and flowers seen in the exhibition; an evocation of our deep connection with the plant kingdom and how it has been, is and will be crucial to our existence.