The artist’s new documentary looks at politics and music in 1988, the ‘second summer of love’

To a certain type of person Jeremy Deller personifies the “liberal elite”. There he is, eating a bowl of granola with yoghurt and fruit in a vegetarian café in north London. His T-shirt shows a map of Britain scored with jagged red lines as though the nation were suffering some kind of breakdown. It hardly needs saying that Deller is anti-Brexit, the pet project of his former school contemporary, ex-Ukip leader Nigel Farage — a man who would certainly consign the artist to the ranks of the liberal elite.

I have joined Deller to discuss his latest project. Co-commissioned by Frieze, it is an hour-long film about the “second summer of love” in 1988, the year when acid house and illegal raves erupted across Britain like the red lines on Deller’s T-shirt. It was a seismic event in popular culture, “one of the last big youth movements”, as the artist says.

Titled Everybody in the Place: An Incomplete History of Britain 1984-1992, the film shows Deller in the classroom of a London state school conducting a seminar for sixth-form politics students about rave culture. His teenage participants ask questions and watch archive footage showing the rise of acid house, from the music’s origins in black clubs in the US in the 1980s to its breakthrough in Britain.

His pupils observe their raving predecessors from the past with a mix of bafflement, amusement and fascination. “I didn’t want to make a film where it was a bunch of 40- or 50-something men talking about how amazing it was,” says Deller, himself an early 50-something man.

Filming took place over four hours in May. Deller says he “was terrified, absolutely terrified” at the prospect of standing at the whiteboard teaching a class of A-level students. The racially diverse, state-school classroom was the polar opposite of his own unhappy schooling in the early 1980s. Deller attended Dulwich College, the south London private school where Farage was two years above him.

“Me and Farage go back a long way,” he says, waving an admonitory finger. “I know where he comes from. I know better than he suspects. I know the environment he grew up in and how horrible it was for a teenage boy — a tough, rightwing culture. He obviously thrived on it. He made it his life’s work in a way.”

Deller’s own vocation has taken him in the opposite direction. His art is fluidly conceived and collaborative. It ranges from his epic 2001 staged re-enactment of the battle of Orgreave, a pivotal clash between strikers and police during the miners’ strike in 1984, to his bathetic reimagining of Stonehenge as a soft-play area in 2012’s “Sacrilege”. Alternative lifestyles often feature in his work, treated with playfulness and generosity of spirit. The tone is appealing and open but also carries the risk of turning the genuinely subversive into the genially quirky.

“Well, I did make an inflatable Stonehenge so I’m sort of asking for it. You could argue that I’m my own worst enemy,” Deller says. “But to be honest I try to have a bit of rigour in my work.”

Everybody in the Place pursues several long-running preoccupations. The film makes connections between the miners’ strike and the rise of rave culture a few years later: each is depicted as a grassroots mass mobilisation opposed by the state. The theme chimes with Deller’s 1997 project “Acid Brass”, in which he commissioned a traditional brass band to play rave music. In 2014 he curated a travelling exhibition tracing links between Britain’s industrial heritage and its popular culture.

The miners’ strike, when Margaret Thatcher’s Conservative government resolved to break one of last bastions of organised industrial labour, looms large in his imagination. He recalls watching its violent confrontations on the television each night in his south London family home.

“This was the backdrop for a lot of people growing up at the time,” he says. “For a year all you really heard about was the strike. You realised you were basically living in a war zone in Britain.”

Music is another obsession. While we speak an email arrives from Jarvis Cocker, fresh from interviewing Paul McCartney. Deller had furnished the former Pulp frontman with a couple of questions to put to the ex-Beatle. (“Would you be sitting here being interviewed today if you hadn’t met Brian Epstein?” “Your work has transcended pop music to become folk music: what are your opinions about that?”) But Cocker, flustered in the presence of greatness, has emailed to admit he forgot to ask them.

Deller’s love of pop goes back to when he was six, a precocious buyer of singles by glam rockers Slade and Sweet (“an amazing band”) at a local shop near his East Dulwich home. “They used to have all the record sleeves out every week. I used to stand there for what felt like hours just looking at all these pictures and trying to work out what it meant. I loved the culture around music, the fantastical nature of glam rock.”

He was not a raver himself in 1988. “At the time I was really interested in it but weirdly I didn’t know how to get to them [raves]. So I missed out.” That summer he graduated from the Courtauld Institute of Art with a degree in art history. Unusually for such a prominent artist, winner of the Turner Prize in 2004, he never attended art college; instead he followed his degree with a masters in art history at Sussex University.

“I’m very lucky to be an artist at this moment in history,” he says. “I’m not a technically gifted person but I can be an artist. I’m allowed to do a whole range of things. I have such freedom and autonomy.”

Gucci has sponsored Everybody in the Place with Frieze. The link-up with the luxury brand inadvertently echoes the commercialisation that ended up taming rave culture, although Deller professes unconcern. “They had nothing to do with the making of the film. As I see it, they’re lucky to have it! I’m glad they gave some money and I’m glad I was able to use that to make a film with.”

Contrary to “liberal elite” stereotype, his artistic philosophy is anti-elitist. “That’s why most of my work is in the public realm,” he says. He came of age as an artist at a time when theoretical approaches increasingly dominated the way art was taught and presented. But he does not disappear into a fog of jargon about relational aesthetics when talking about his work. “I found it difficult to understand it. I suspect I’m not intellectually up there to get it,” he says.

He worries for the sixth-formers in his film. “Who knows what Britain is going to be like in a year’s time? There could be rioting over food. It must be a terrible moment to be growing up.” He is concerned that art is becoming inaccessible because of student debts and high rents. He believes that music is more democratic. The message of his acid house film is that the shock of the new only matters if it resonates as widely as possible, not just within the narrow confines of an artistic elite.

“That’s when something becomes interesting, when the public take up en masse something that is quite avant-garde. Taking control of culture or your artistic environment, making something rather than consuming it — that’s how great music happens, isn’t it? It doesn’t happen from above.” 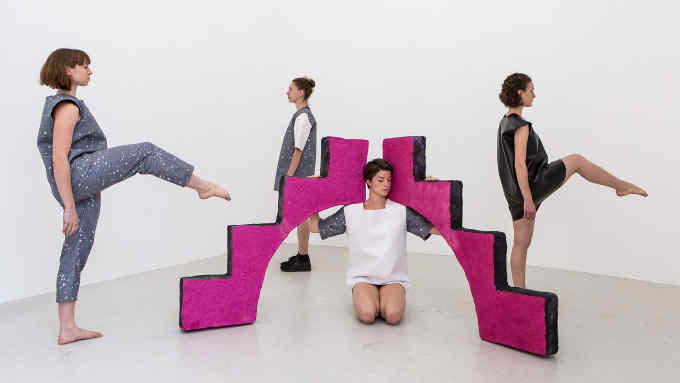