From handmade beach bats to an automated tennis opponent

As the advance of spring promises better weather, it’s time to invest in some alfresco sporting fun. Whether out in the garden, picnicking in the park or packing for the seaside, here’s our selection of the best outdoor games.

If you’re lacking an opponent for a knock-around, or working on your technique, this automatic full corner-to-corner ball machine is a game changer. Battery-operated (with up to eight hours’ use on a full charge), easy to wheel around and with an optional remote control, the hopper of 150 balls can be set to fire in random directions across the entire court at speeds of up to 80mph. Add top- or back-spin, and practice overhead shots with 60 degree lobs. £1,380, racquetdepot.co.uk

This great-looking beach bat set is handmade by Brazilian artisans from sustainably sourced wood offcuts, salvaged from the furniture industry. The bats are waterproof and will handle all you can throw at them, plus the balls are a little larger than typically – and really squidgy – so you can play longer-distance games with them, too. £160, frescobolcarioca.co.uk

Whether it’s hockey drills, cricket-ball catching practice, kicking a football or throwing a rugby ball, this is a very versatile training aid for almost all ball sports. The metal frames measure 93cm x 93cm, and each of the two adjustable-angled sides are fitted with a woven elasticated grid – one for larger balls only, and the other (with smaller holes) for all sizes – producing a rebound that’s totally unpredictable and so more challenging and fun. £150, ukstore.crazycatch.com

Established in 1795, the eighth-generation family-owned company claims to be the oldest games maker in the world, and the inventor of iconic games such as ping-pong, snakes and ladders and croquet. Naturally, it has a wide array of croquet sets to select: from affordable four-player entry-level models right through to this, its most luxurious set for eight players. Handmade in Edenbridge, Kent, it comes in a mahogany box complete with polished brass fittings, has four types of mallets and, of course, complies with the official rule book. £5,000, jaqueslondon.co.uk

A portable basketball net is perfect for a driveway or tennis court, and this high quality all-weather option can be wheeled away to one side when not in use. By filling the base with water or sand, it’s very sturdy, has a large, transparent acrylic backboard with good rebound, and the hoop height is easily adjustable ensuring it’s suitable for all family members. £707.50, fitness-sports.co.uk

Crossnet is another game based on volleyball – and more engaging than the original – with rules based on points and elimination. Set-up takes just a few minutes, and once fully assembled it occupies a space of just 13ft by 13ft so it won’t take up half the beach or too much of the garden. There is a neat adaptation too – by adding a modular floating base, it can be used in a swimming pool or the sea. $150, crossnetgame.com

These goalposts take a little more than a minute to assemble and are ideal for use in the garden or park. The goal is secured in place with four simple ground stakes so even the fastest ball strike won’t shift the net, and once you’re done it collapses into a small bag. £94, quickplaysport.com

A classic game set suited to all ages and abilities, it includes polished metal alloy boules – embossed with the Jaques logo – and a wooden jack, presented in a zippered canvas bag. There are also individual cloth bags to keep the balls safely stored inside and convenient to carry around. £35, jaqueslondon.co.uk

This popular two-on-two player game is a relative of volleyball, bringing much of the game’s coordination and athleticism into a smaller and faster-paced version. A player serves the ball, with the returning team having up to three touches before needing to put the ball back over the net. The team that fails to do so loses the point. It is also handy to transport as it easily collapses down into a drawstring bag. $54, spikeball.com

Gibbon’s bestselling slackline worldwide comes in either 15m or 25m versions. Thanks to a two-part fixing system, the polyester webbing (which has an almost trampoline-like effect) is easily suspended between two trees for a challenge in balance, coordination and concentration. From €89.95, gibbon-slacklines.com

Perfect for domestic use – with top performance and safety features – these Swedish-designed and engineered trampolines are some of the best. This one has a zero-bolt design, so assembly is much simpler than many alternatives, and components are high-quality (there’s a five-year warranty). There is a high weight tolerance, so no problem if multiple people climb on board, plus it has a zero-gap safety net with a self closing entrance, and the spring extenders mean the level of bounce can be adjusted as confidence grows. £1,325, capitalplay.co.uk

When it comes to the value-for-money to fun ratio, a bat and ball made for a game of rounders is hard to beat. This classic bat has a cord grip, and the Safeplay ball is super-soft to prevent injuries. £13, jaqueslondon.co.uk

When it comes to fun outdoor games, little compares to a water fight, and this futuristic-looking semi-automatic water gun is up there amongst the ultimate. Its water tank has the capacity to spray 22 short blasts of water as far as 30ft. To refill, simply dip the tip of the gun into a water source and it will automatically draw in water – 12 seconds later you’ll be back in the game. $159, spyra.com

READ MOREHow to work, rest and play – outdoors
Queer Eye’s Bobby Berk on how to make the most of outdoor living 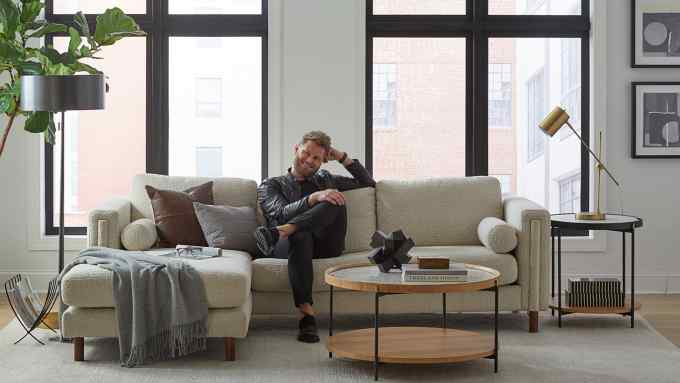