El Espacio 23 is a place for art in turbulent times

Real estate billionaire Jorge M Pérez made his name on the Miami art scene in 2011, when his $40m donation to the public Miami Art Museum lead it to be renamed the Pérez Art Museum Miami (PAMM). By comparison, the new El Espacio 23 is an inconspicuous building with no overt reference to its founder.

Pérez acquired the former warehouse in late 2018, his art collection having outgrown his house and offices. Reluctant to leave the works in storage, he converted the space into roomy galleries. His entire collection will be donated to the PAMM when he dies, but in the meantime Pérez was keen to display some of it in a place where he could have a say in the curation (since the PAMM is a public institution, its curators operate independently from Pérez).

The new art centre may turn heads for opening in Miami’s Allapattah, an up-and-coming neighbourhood just west of trendy Wynwood. The district’s prices, Pérez shrewdly explains, are “not yet prohibitive”, and it lies “smack in the middle of the city”, just 10 minutes from the airport, university and downtown.

It’s also the location of choice for the Rubell Family Collection’s rebirth as the Rubell Museum, and Pérez says the institutions hope to partner on a programme for local high schools. Whatever a property tycoon stands to gain from fostering the local arts scene, the warehouse’s design is explicitly community minded, with on-site apartments for artist and curator residencies.

By sticking his flag in this new territory, Pérez shows no intention of treading on the PAMM’s toes. “My investment in the PAMM is my most passionate endeavour. I don’t think Espacio 23 competes,” he tells me. Pérez hopes the space might become part of the PAMM, where the artwork he donates is absorbed into publicly-funded, independent programming. For now, El Espacio 23 offers Pérez freedom to stage his own “very personal” exhibitions.

The first of these is Time for Change: Art and Social Unrest in the Jorge M. Pérez Collection, which opens with the city’s art fairs next week. Pérez has selected works with the help of Cuban curator José Roca according to six political themes, from “Entangled Histories” to “State Terror”. Bringing together some 80 artists — ranging from established names such as Alfredo Jaar and Rashid Johnson to younger artists including Ximena Garrido-Lecca — El Espacio 23’s inaugural show has an ambitious, self-assertive mission.

Pérez’s original collecting focus was on establishing a serious holding of Latin American art in Miami. However he has since expanded his remit to include work from all over the world, particularly by women artists and those who can “describe the issues facing us in these very turbulent times”. Having fundraised for the presidential campaigns of Obama and both Clintons, Pérez speaks unreservedly about society’s ills, citing civil unrest in South America, income inequality in the US and populism across Europe. “For 40 years I’ve been collecting art that addresses poverty, racism, sexism and migration. Today these issues still affect almost every country in the world, so we thought the exhibition was timely.”

In recent years, Pérez has been drawn to Africa’s contemporary scene. He particularly reveres the South African artist William Kentridge — whom he calls “one of the great artists of the 21st century” — for channelling the country’s recent past and the legacy of apartheid into his films and drawings. Pérez, who makes a point of visiting artists’ studios “to understand why their creative processes lead them to produce their art”, is most excited to exhibit Kentridge’s “Kaboom!” (2018), a video collage in which the shadows of soldiers loom in stark contrast to a backdrop of administrative documents from the first world war.

Echoing the same themes, Cameroonian artist Barthélémy Toguo presents “Dynastie” (2012) at Art Basel’s new Meridians section. The fevered frieze of war scenes sees tormented figures emerging from splashes of watercolour in black and violent red. At El Espacio 23, Toguo’s “Road to Exile” (2018), a soft stack of bags heaving over the edges of an unmoored boat, is a more sober study of the baggage carried across continents by the world’s displaced.

For 40 years I’ve been collecting art that addresses poverty, racism, sexism and migration

Kara Walker meditates on America’s past oppressions in El Espacio 23’s “Securing a Motherland Should Have Been Sufficient” (2016), a large-scale work on paper in which a new structure is built on the backs of the fallen masses. The silhouette of a hanging black woman in “A Warm Summer Evening in 1863” (2008), presented at Art Basel by Sprüth Magers, foregrounds the horrors too easily concealed by a violent crowd scene recorded in an 1863 issue of Harper’s Weekly.

Samuel Levi Jones’ riposte to unchallenged power sees him stripping law books of their covers to assemble minimalist, abstract grids. “Talk to Me” (2015) fills a wall of Meridians, where it is staged by Galerie Lelong. At El Espacio 23, “Christian” (2017) is Pérez’s smaller, more intimate version.

The collector made his warehouse public after surmising that, “if I like the things I buy, maybe the community will too.” Given the overlap of the show’s themes with those at the fairs, many will hope he is right. 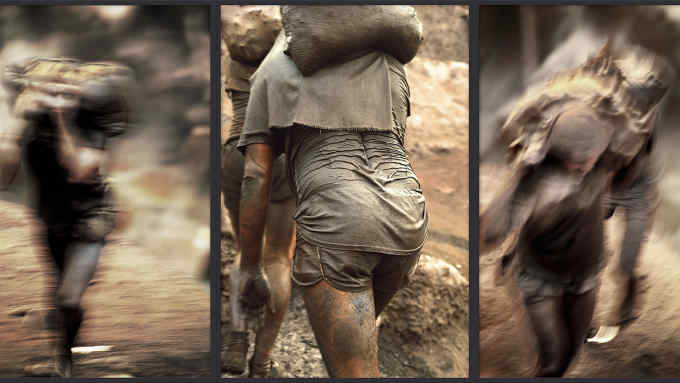