Cheers to a good cause

Five great charities to raise a glass to

Olaudah Equiano was kidnapped into slavery in the 1700s, eventually buying his freedom by selling puncheons of rum. Centuries later, his legacy has inspired Equiano, the world’s first African-Caribbean rum that donates £2 from every bottle sold (plus five per cent of global company profits) to Anti-Slavery International. £49.95

This farm-to-bottle vodka is made using locally sourced Idaho Russet potatoes and spring water from the Snake River Aquifer. The distillery is powered by wind energy, it recycles waste water, upcycles byproducts and the brand has donated more than 90,000 meals to charities working to end hunger in the US. $24.99

As a member of 1% for the Planet (a global alliance of businesses committed to protecting the environment), award-winning non-alcoholic aperitif Everleaf donates 1 per cent of its turnover to charity. Launched by conservation-biologist-turned bartender Paul Mathew, the brand uses ingredients such as vanilla, cherry blossom and bergamot, which it sources sustainably. In its last financial year, about £7,500 was raised, with support given to initiatives including The Drinks Trust and Equal Measures. £19

Founded in response to the wreckage caused by hurricanes Irma and Maria in 2017, Juracán Rum donates £5 from every bottle sold to disaster-relief charity ShelterBox, which has helped thousands of families to rebuild homes. Its debut Blend #001 is all things spice and nice, with notes of smokey caramel and light ginger. £40

Inspired by its founders’ travels across Africa, Elephant Gin donates 15 per cent of profits to conservation projects including Rangers Club and the Sheldrick Wildlife Trust. Each bottle comes with a handwritten label bearing the name of an elephant protected by a partner foundation, and more than €1mn has been raised so far. £32.90 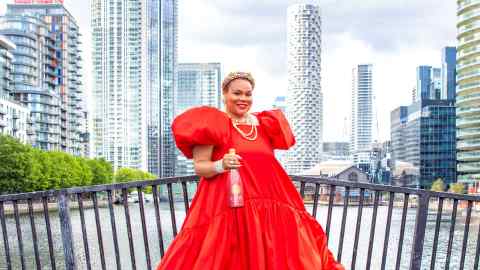