Lead the way with 50% off
Fund management

Sign up to myFT Daily Digest to be the first to know about Fund management news.

The French market regulator has made H2O Asset Management suspend a series of its funds because of their “significant exposure” to illiquid debt, more than a year after the Financial Times first revealed the fund manager’s substantial investments linked to controversial financier Lars Windhorst.

H2O, a subsidiary of French bank Natixis that manages more than €20bn of assets, announced that France’s AMF had asked it to halt subscriptions and redemptions in three of its funds, which it said was “motivated by valuation uncertainties” around its holdings of private debt.

H2O is also freezing trading in four additional funds that operate under Ucits rules, an EU-wide framework that should allow retail investors to withdraw money from funds on a daily basis.

“This suspension period is temporary, and should last around four weeks, during which H2O will actively manage the portfolios while creating — for the seven above-mentioned Ucits [funds] — sidepockets that will hold the “private” securities,” the fund manager said.

The London-based investment firm suffered €8bn of outflows from its funds last year after the Financial Times detailed the scale of its illiquid bond holdings linked to Mr Windhorst, who has a history of legal trouble.

At the height of the fallout arising from H2O’s illiquid debt exposures last summer, H2O’s chief executive Bruno Crastes vowed to “never” halt redemptions in its funds. This prompted Paul Myners, the former City minister, to submit a written question to UK parliament asking the government and the financial regulator if they approved this statement. 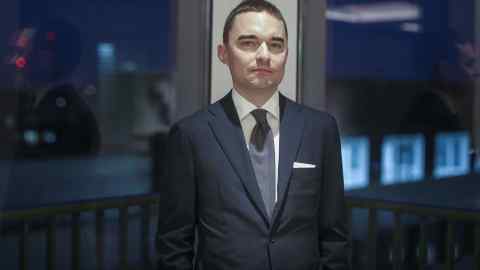 France’s AMF confirmed that it had requested the suspension in a separate statement, adding that the regulator would “ensure” that H2O acted in the interests of its investors. The investment manager’s parent company Natixis said that it “supports the measures taken by H2O”, while stating that the move had “no financial impact on Natixis”.

The Financial Times reported this year that Mr Windhorst had struck a deal with H2O to buy back the illiquid stocks and bonds at the heart of the controversy. However, H2O on Friday described progress on this deal as “very partial”.

The asset manager came under renewed pressure this year after its flagship bond and foreign exchange funds lost more than 50 per cent of their value, as the coronavirus outbreak knocked financial markets in March.