Sign up to myFT Daily Digest to be the first to know about Technology sector news.

Each of these six individuals has taken a lead on applying the convergence of tech, data and services to make change happen in the world of business. All are “change-makers” who help their organisations to go further and faster, creating value for the organisation, their industry and society.

However, Jacky Wright, chief digital officer at Microsoft US, stood out in particular: she won the “Change maker of the year” award at the Intelligent Business online event held on November 19.

All profiles compiled by RSG Consulting and FT editors.

Londoner Jacky Wright has spent much of her career in the US. Her training in computer science led her to work in IT for General Electric and BP. Since 2011 she has been with Microsoft.

Ms Wright is one of the leaders of the tech company’s Empathy in Action programme, which holds that a culture of empathy promotes innovation. In this role she provides career development and leadership training that encourages inclusivity and empowerment. The post also involves community engagement such as the AI for Health programme, which has committed $60m over five years to global investment in health. 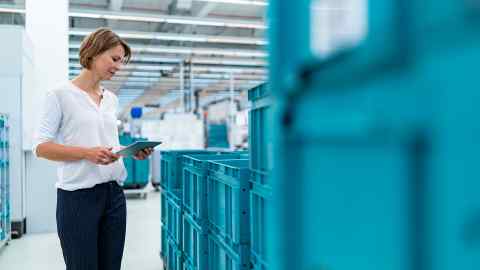 From 2017 to 2019 Ms Wright was seconded to the role of chief digital and information officer at HMRC, the UK tax collector, overseeing the adoption of technology to create a more efficient organisation.

Her expertise in managing change and implementing digital systems in the public sector underpins her role in the Accelerate programme, a collaboration with LinkedIn and GitHub, working with city and state governments. She says: “If we can collaborate, share pertinent data and innovate in a global way, over the next five years we will accelerate the ability to solve globally and apply locally.”

Fraser Hill has played a leading role in introducing new technologies and approaches to contracting in the procurement function at Shell, especially the electronic signature system, robotic process automation and advanced analytics.

Before turning his attention to contracting, Mr Hill led on the transformation of Shell’s customer experience platform, building a pricing algorithm for lubricant sales that was based on machine learning. Alongside his other work, this has created $250m in additional value for the business.

Mr Hill believes that most source-to-pay work can be automated, and most processes will be replaced with artificial intelligence. To get to this point, he says lawyers and procurement professionals will need to develop light coding skills and an understanding of process and data model design.

After 18 years at US conglomerate General Electric, and holding “every job in IT you can have”, Jodi Euerle Eddy joined Boston Scientific, the medical-device maker, in 2013 as a vice-president in information systems before becoming chief information and digital officer in 2016. Within the business, Ms Eddy is focused on driving automation, in which she is overseeing the overhaul of Boston Scientific’s IT infrastructure and legacy systems, including consolidation of its enterprise resource planning systems into a single cloud-based solution. Externally, Ms Eddy is focused on using digital capabilities to ensure people can receive treatment. One example is Ask Angie, an augmented reality platform that allows the company’s engineers to advise on setting up or repairing medical devices remotely.

Mr Liu graduated from Harvard University in 2008 with a double major in fine art and physics before studying a PhD at Oxford university, where he invented a new class of X-ray lasers while at the same time advising Linklaters, the law firm, on a variety of financial topics.

In 2014 Mr Liu founded Eigen Technologies, a natural-language processing company specialising in document review for financial services institutions. The physics behind the X-ray laser forms the core of Eigen’s technology. It allows the platform to work with small data sets, performing accurate clause extraction with only a handful of examples. Five years ago, AI was mostly limited to cases where large data sets were available.

This success led to Eigen Technologies securing series A funding from Goldman Sachs and Temasek in 2018, followed by a series B funding of £33m closed in 2020.

Mr Vazquez joined the telecommunications company in 2012 from MetLife, the insurance group. He has led multiple initiatives using technology and data to better manage Verizon’s supply chain including moving to a single enterprise resource management platform and setting up a business intelligence and analytics team within the supply chain function.

The team applies AI and machine-learning approaches to business challenges in the supply chain, including forecasting demand in order to have the right products in the right stores at the right time, anticipating equipment failure and enabling sustainability efforts by creating an energy blueprint across Verizon’s grid.

He currently oversees the adoption of 5G technology in Verizon’s supply chain infrastructure.

Raylene Yung is co-founder and chief executive of US Digital Response (USDR), a grassroots non-profit organisation of volunteers formed in March 2020 to assist US city and state governments with challenges presented by the pandemic. More than 6,000 people from across the technology industry have signed up as volunteers, and the organisation has worked on hundreds of projects ranging from building election websites to tracking the spread of Covid or locations of personal protective equipment inventory.

Ms Yung spent a decade working on core platform technology for Facebook. At start-up Stripe, the online payments company, she helped the company to expand.

Since March, she has been leading USDR’s efforts to match skilled workers with the agencies that need assistance, deploying volunteers for extended periods of time or advising on which tech they should use. They have also created teams to develop new products that aim to fill a gap in the market. All the solutions are open source and works in progress are published in GitHub so they can be accessed to make replication easier.

Get alerts on Technology sector when a new story is published 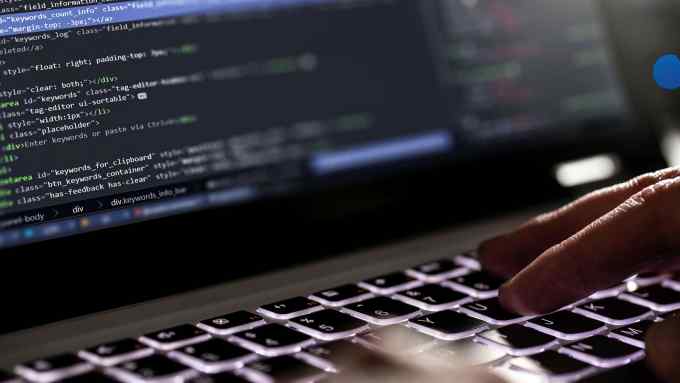