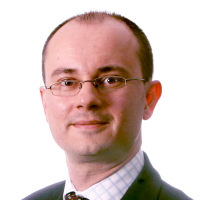 Chris Giles became economics editor for the Financial Times in October 2004, having previously served as a leader writer. His reporting beat covers global and UK economic affairs and he writes a UK economics column fortnightly.

Before joining the FT as economics editor, he was an economics reporter for the BBC, worked for Ofcom, the telecommunications regulator and started his career with seven years as an economist for the Institute for Fiscal Studies. Chris loves numbers.